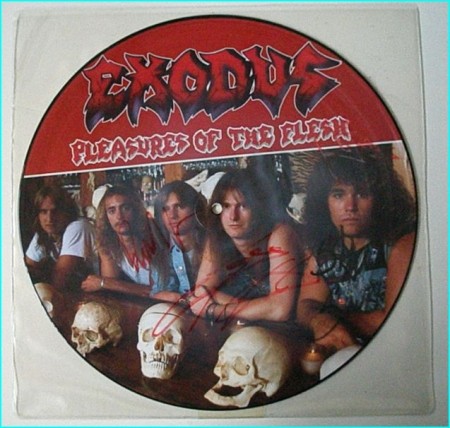 Pleasures of the Flesh is the second album by Exodus, released in 1987. This is the first Exodus album to feature Steve Souza on vocals.
The album was to originally feature cover art with an illustration of the band depicted as cannibals preparing and eating their meal. However the cover was replaced with a photo of the band members leaning on a bar prior to release. The original cover was promoted by the record company in music magazines just prior to its release with the headline of “”Metal Heaviest Meal””. The original cover was also available as a limited edition picture disc LP. 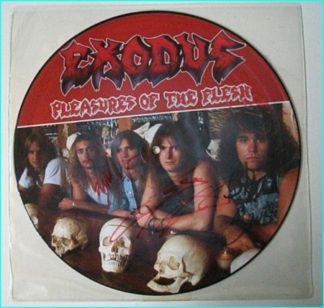