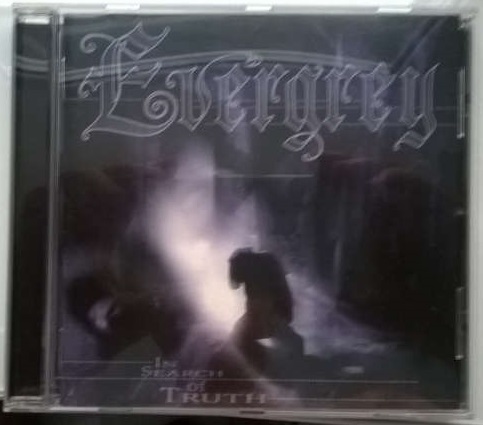 Evergrey have reached the point where they must be counted as one of the big players of dark progressive power metal. Evergrey’s own definition is “”morose metal”” which also hints at the presence of evil that can be found throughout Evergrey’s topic matter. A conceptual album conceived and written by founder/ emotional vocalist/guitarist Tom S. Englund that was very highly acclaimed in the national press (album of the month in Powerplay magazine)
———————————————————

5.0 out of 5 stars ISN’T IT AGAINST THE LAW OR SOMETHING?,
It seems like there must be some downside to listening to something this good. Everything else has. If it Tastes good, it’s fattening or bad for you or both. If it feels good, it’s dangerous, addicting or can give you VD. My daddy always said, if it has an upside lookout for the downside but I can’t see it. I’ve been listening to Evergrey for sixteen months and everything is hunky dory. I haven’t gained any weight, my blood pressure is fine and I can go twenty four hours without listening to Evergrey.
And what about Evergrey. Isn’t there some kind of law or something against being this good? They’re unbelievable, they’re too good for their own good. I’m worried that another band might put a contract out on them. LOOK OUT EVERGREY!!!! Yes there are bands that are as good Instrumentally and yes there are bands that are as good on songwriting and arranging. There’s even bands that are as good lyrically and production capabilities but damn it they’re all different bands.

Evergrey is the complete package. They play a dark melodic, sometimes symphonic progressive rock / metal. They’ve been on the carousel four times and have four brass rings. How many pretenders can say that. LOOK OUT EVERGREY!!!!.

For the glass is half empty crowd, I have never seen a negative review on Evergrey. In fact, with regard to In Search of Truth, I’ve never seen anything but five star reviews. Nada, Zip, Zero, Zilch! Hey naysayer, be my guest, check around. Good luck.

In Search of Truth

“”I have decided to keep this tape recorder with me at all times. Just so that I maybe one day can explain all the strange things happening to me. The lack of sleep…the loss of time. But most of all, the sensation of never being lonely…always being watched…”” With this narration, In Search Of Truth begins.

While the premise for In Search of Truth may sound silly, Evergrey pull it off magnificently. Truly, the music and especially singer/guitarist, Tom Englund’s, performance is inspired. I have never heard a singer play their part better. You feel his bewilderment, his agony and his desperation. Even though it is fiction, you empathize with our victim.

Now some of you may think that my review is not objective since I need my Evergrey fix every twenty-four hours but let me assure you, my views have not been skewed in any way, even if it’s obvious that this album which should have won an EMMY for progressive album of the year. There is no justice!!!!! Down with the Academy for the Promotion of unemotional, simplistic songs or P.U.S.S for short.

It is a shame that this music gets to be heard only by the persistent few in America. Even so, In Search of Truth has had very respectable sales in America and I expect it to keep growing long after demand has diminished in Europe, where everybody is readily exposed to their own music, mostly because of the phenomenon known as downloading and by word of mouth.

I want to remind you, if you’re old enough, that “”Stairway to Heaven”” was not released as a single and was not a hit at the time of it’s release. Nevertheless, It has become a classic. I can visualize such a scenario for In Search of Truth

In closing, I want to tell you that at the present time there are several other very good reviews on this masterpiece and I wasn’t going to review it because of that but it is my co-favorite, along with Light of Day, Day Of Darkness, so how could I not review it?. Besides it really is the 2001 album of the YEAR. I dare you to check it out! I double dare you, forget about the du du and check it out!!!

5.0 out of 5 stars Incredible; 5 stars and worth every one,
I have to admit, when I heard about these guys I was sceptical. The whole “”alien abduction”” subject blew over 5 or 6 years ago for me–it’s not something that would normally peak my interest in 2003. Plus, too many bands are receiving rave reviews these days without measuring up to the hype. And with the name Evergrey, visions of bad nu-metal filled my head. As you can probably imagine then, I placed “”In Search for Truth”” into my CD changer with a heavy sigh–forcing myself into an open frame of mind. I remember thinking: “”Two listens. If it doesn’t work for me after 2, its Ebay time.””
While I’m sure you can find this CD on Ebay, it definitely won’t be from me. Darkly emotional and masterfully produced, In Search For Truth fills your ears and heart with melodrama from start to finish. Englund’s vocals are a clear standout here. What he lacks in range, he makes up for 10X over with pure emotion. After hearing this album, I’m convinced Tom could make me sympathetic over the plight of an ice cream sundae. He’s so real–and he knows how to deliver with power while staying within himself. If you are about to buy this album (and you SHOULD buy this album), believe me–it’s a pleasure to hear progressive/power metal sung with such conviction. Listen to the slow interlude in “”Mark of the Triangle””–if that doesn’t make you feel something, then you’re dead. Englund’s vocals, along with the ultra-powerful, tight rhythms of the band, place Evergrey firmly outside the contrived masses that populate most of this genre. There’s no CHEESE in Evergrey–it’s the real thing.

It never ceases to amaze me how smaller, independent bands like Evergrey can deliver massive productions. In Search… is a bigger production than 90% of the major label releases out there. You will appreciate the time and effort that must have gone into this material. Everything is perfectly mixed: from the cruch-laden silk of the guitars, to the earth-moving bass section, to the ethereal keyboards and background vocals. It’s all done with masterful precision. The result: there is nothing to annoy or distract, allowing the listener to simply focus on the music and the incredible performances throughout.

I can’t imagine a better album than this. Will it become a classic? I don’t know–there have been other CDs deserving a place in history that were forgotten. But the fact that I’m asking the question should tell you something.

5.0 out of 5 stars In search of truth ? your answer is here.
Evergrey’s stunning 3rd album. For those who are new to Evergrey, this album is a good introduction to their progressive style metal music.
In Search of Truth is based upon a story of paranoia, fear and hidden anger. It has 9 tracks in total, spanning for around 50 or so minutes. The guitaring and keyboarding is exceptional, and vocalist Tom Englund truly outdid himself in this epic.

From the start, the story begins with an eerie type tape recording, crashing into the first song “”Masterplan”” where the perception of paranoia begins. It peaks at “”Mark of the Triangle”” and “”Dark Waters””. By then, you would have been totally engrossed in the lyrical depth and theme of “”In Search of Truth””.

The production and mixing was great. Done by Andy La Rocque (King Diamond), in Los Angeles, La Rocque truly found a way to enhance each element of the song, and the vocals come out clear, the drumming is crisp, close to perfection, the guitaring and keyboarding is well heard.

If you enjoy progressive metal, e.g Royal Hunt, Dream Theater, Evergrey is a darker version of these bands, with more haunting melodies. If you are in search of the truth….you know the answer.” 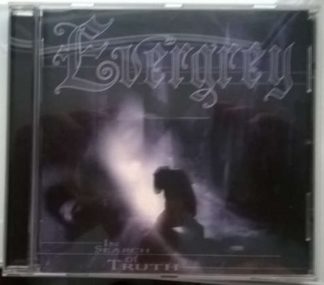