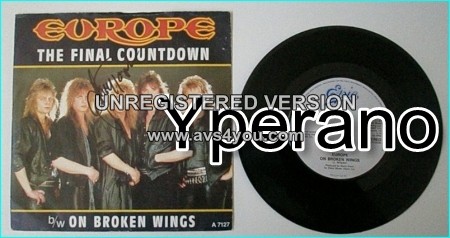 “The Final Countdown” is a song by the Swedish band Europe, released in 1986. Written by Joey Tempest, it was the first single from the bands third studio album which was also named The Final Countdown. The song reached No. 1 in 25 countries, including the United Kingdom, and was certified gold in the United Kingdom in 1986. In the United States the song peaked at No. 8 on the Billboard Hot 100 and at No. 18 on the Billboard Album Rock Tracks chart.

Origin and recording:
The song was based on a keyboard riff that Joey Tempest had written as early as 198182, on a Korg Polysix keyboard he borrowed from keyboardist Mic Michaeli. In 1985, bassist John Levén suggested that Tempest should write a song based on that riff. Tempest recorded a demo version of the song and played it for the other band members. At first the members expressed mixed reactions to it. “When I first heard the synth intro to ‘The Final Countdown’, my reaction was: ‘No, this is nuts. We just can’t use this,'” guitarist John Norum said, “Thank God they didn’t listen to me.” “Some of the guys in the band thought it was too different for a rock band,” Tempest said, “But in the end I fought hard to make sure it got used.”
The songs lyrics were inspired by David Bowies song “Space Oddity”. The sound of the keyboard riff used in the recording was achieved by using a Yamaha TX-816 rack unit and a Roland JX-8P synthesizer. “I made a brassy sound from the JX-8P and used a factory sound from the Yamaha, and just layered them together,” Michaeli said.
When it was time to choose the first single from the album The Final Countdown, Tempest suggested the song “The Final Countdown”. Originally the band had never planned to release the song as a single, and some members wanted “Rock the Night” to be the first single. “The Final Countdown” was written to be an opening song for concerts, and they never thought it would be a hit. But when their record company Epic Records suggested that it should be the first single, the band decided to release it.
As Tempest stated:
“Its always a nice feeling. Sometimes you hear it on the streets or someone has it on their mobile phone or something its a nice feeling! Actually, I did an interview about a year ago with a newspaper from America and they talked about how much its been used in sports in America which I didnt know so much about. Apparently it has been used a lot and it was nice to hear. The ironic thing, though, is that the song was actually written for the fans. It was over six minutes long and was never meant to be a hit or anything like that. It was meant to be an opening for the live show. We were putting out our third album and we wanted a really grand opening for the show. So, I had that riff tucked away in a drawer since my college years and I took it out, found a tempo for it, wrote lyrics and it turned out to be a great opening for that album and for the show as well. Nowadays, we dont rehearse it but when we play it live, it is still just so amazing! It does communicate so well with the audience and we really love playing it.”

Release and reception:
“The Final Countdown” was released in the spring of 1986 and became the most successful song from The Final Countdown on the American rock charts as well as the bands most recognizable and popular song. It appeared on Billboard magazines Billboard Hot 100 chart, reaching the top 10. The following week it debuted on the Album Rock Tracks, where it peaked at No. 18 in its eighth week and remained on the chart until its 20th week. The bands next hit was “Superstitious,” which achieved a higher chart position on the Album Rock Tracks.
In Canada, the song reached the top ten on the Canadian Singles Chart, peaking at number five and becoming the bands highest charting song in that country. “The Final Countdown” reached number three in the UK, eventually spending two weeks at the top of the UK Singles Chart in December, and was the only single from the album that charted in the UK top 20. “The Final Countdown” reached number 1 in 25 countries, including France, Germany, Ireland, Sweden and Italy.

Trivia:
The song enjoys notable popularity in many sports arenas, stadiums, and venues; public address booths have often played the opening keyboard riff to rally the home crowd; it has also become a staple of high school and college pep bands for this same purpose.
The song was named the 66th best hard rock song of all time by VH1. Blender included it as the 27th worst song ever, and both VH1 and Blender included it at 16 on the list of the “Most Awesomely Bad Songs…Ever”.
Swedish metal band Sabaton has The Final Countdown playing to the crowd just before they enter the stage at their concerts.

Music video:
A still from the music video for “The Final Countdown”.
The video, directed by Nick Morris, contains footage from two concerts the band did at Solnahallen in Solna, Sweden on 26 and 27 May 1986, as well as some extra footage filmed at the sound checks for those concerts 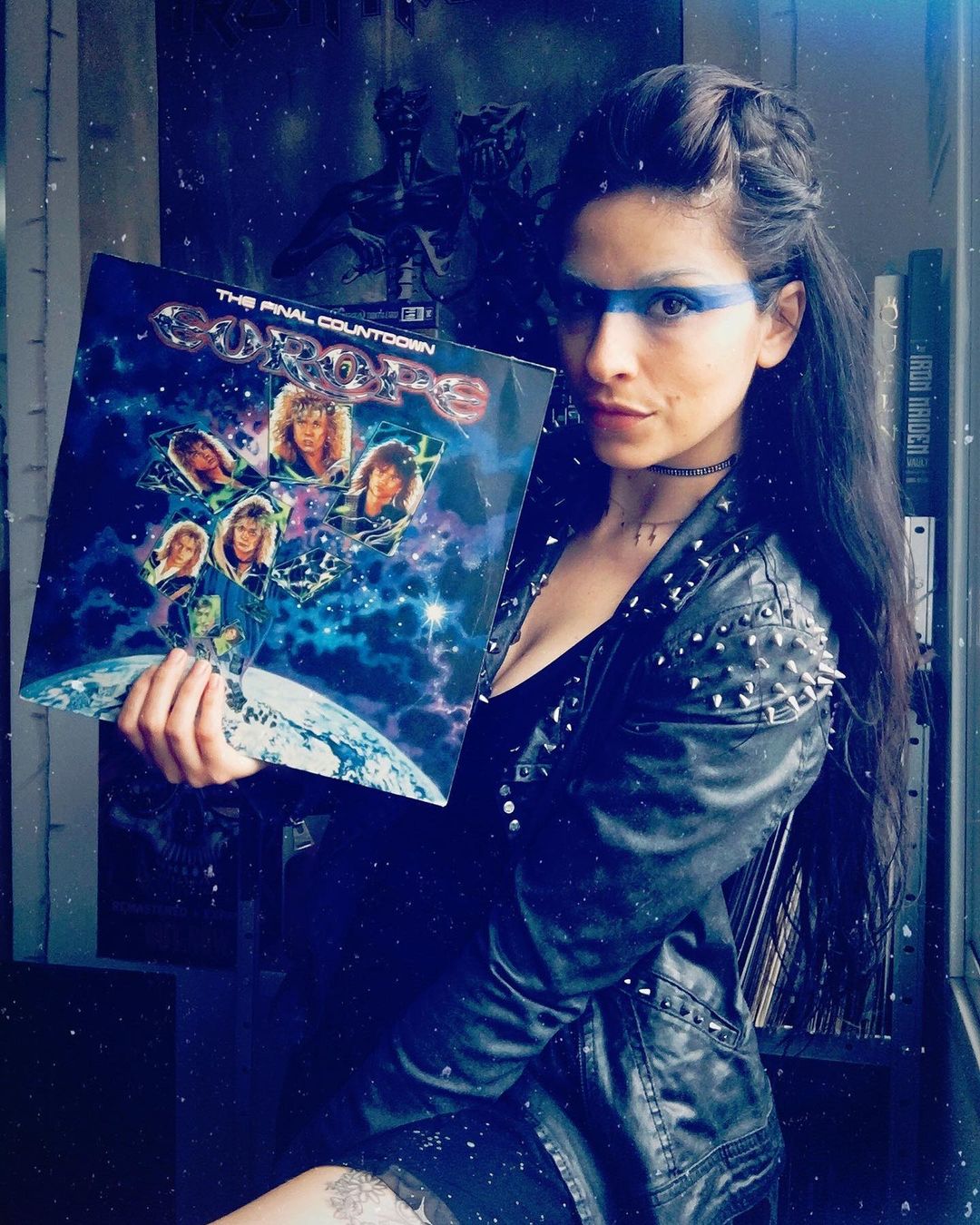 Be the first to review “EUROPE: The Final Countdown 7″ + On Broken Wings Mega classic smash hit, No.1 SINGED / autographed by the singer Joey Tempest.” Cancel reply 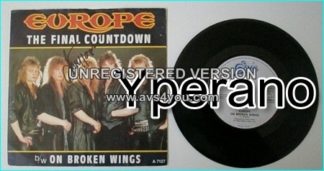