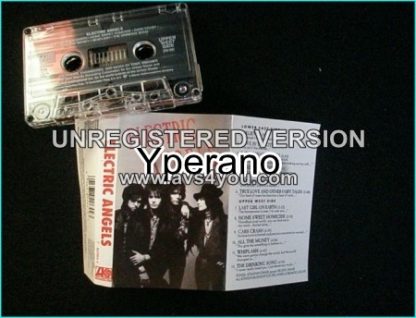 ELECTRIC ANGELS’ self-titled album.The Electric Angels were during the ’80s just another name in the US glammy hard rock ring albeit with an intriguing past, having evolved from seminal glam act Candy (including in the line-up the talents of Kyle Vincent and Gilby Clarke) a short-lived group but which turned every hip-head in Los Angeles.Signed to major label Atlantic Records and based in New York City, Electric Angels set about crafting an album released in 1990,  produced by none other than Tony Visconti, a master mover & shaker who had previously guided the music of Thin Lizzy, David Bowie and Marc Bolan among other luminaires.In an effort to soak up the original English glam rock vibe the album was recorded in London and remains a testament to their killer vision; a healthy dose of free-form Mott The Hoople diving head-long into the beer soaked energy of prime time Faces, all blended with a classic L.A. hard rock sound from the late ’80s.Despite an album cover that makes you think of The Quireboys, “Electric Angels” feel actually recall an under-dose of Bret Michaels fronting a subdued L.A. Guns driven by the stupendous guitar work of Ryan Roxie, the axeman behind Alice Cooper several albums, Slash’s Ain’t Life Grand, Swedes’ Casablanca and many more.It’s an authentic, honest rock ‘n roll record plenty of killer tracks such as “Rattlesnake Kisses”, “The Drinking Song” or “Whiplash”, all swaggerin’ tunes with clean yet punchy production.Electric Angels were a very unique band with a very unique sound. Bluesy hard rocking enough to be real, glam enough to be fun, this album still remain as one from the era that still regularly visits my music player.Highly Recommended 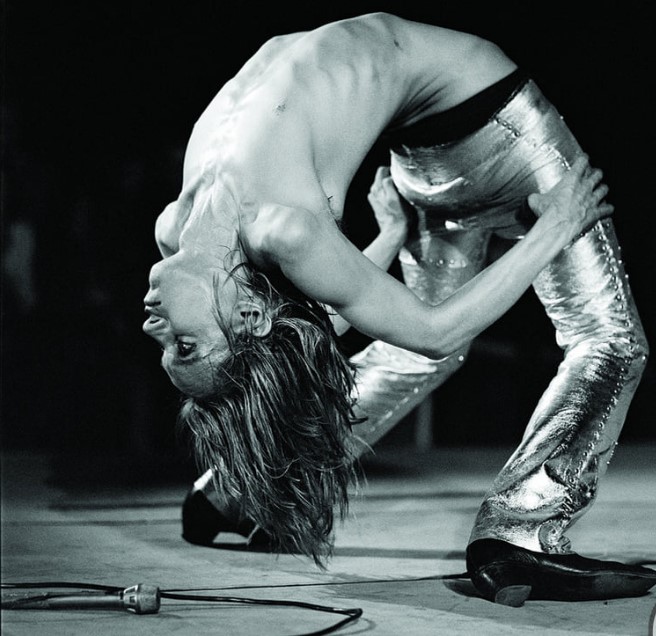 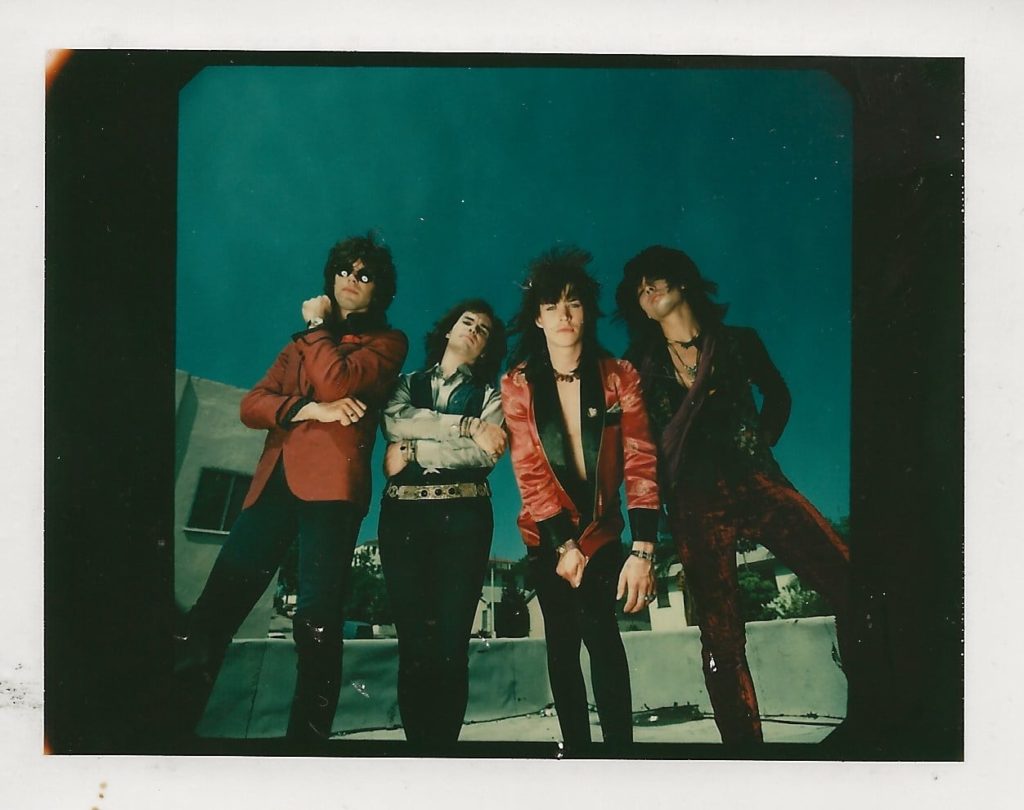 Electric Angels was a Los Angeles-based band that formed from the defunct pop group Candy featuring new singer Shane (Thomas Riggins), guitarist Ryan Roxie(Ryan Rosowicz), and original Candy members bassist/songwriter Jonathan Daniel, and drummer John Schubert. After one year, the band relocated to New York City and were signed to Atlantic Records within five months. One of their first New York shows was opening up for the British band Dogs D’Amour and Mother Love Bone, which soon became Pearl Jam. Their self-titled debut was recorded in London in the autumn of 1989 by David Bowie and T.Rex producer Tony Visconti and released in February 1990. They were reviewed favorably as a cross between The Replacements and Hanoi Rocks. The band cited their musical influences including KISS, The Ramones, The Replacements and George Jones and toured with former Kiss guitarist Ace Frehley and Phoenix rockers Icon (band). The band let their contract with Atlantic expire in 1991 due to poor promotion on the part of the label. “The Drinking Song” had a long run as New Jersey WSOU third most played song. The band was originally managed by Bruce Kulick of KISS guitarist fame. One of the band original unreleased songs, “Put the ‘EX’ in Sex” had conveniently become the title of a later KISS song. John Bon Jovi of the band Bon Jovi was a fan of the band. Bon Jovi song, “Bed of Roses, Bed of Nails” was a tribute to the Angel “True Love and Other Fairy Tales” which included the lyrics, “…our bed of roses has become a bed of nails”. 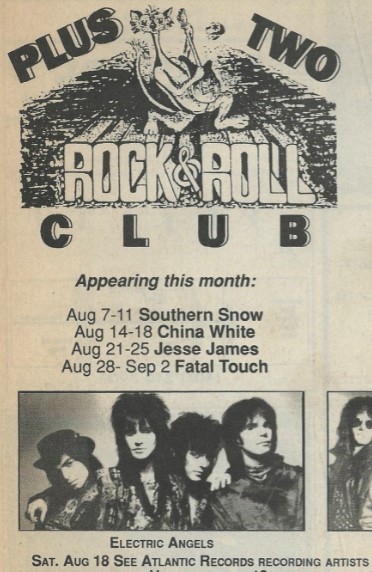 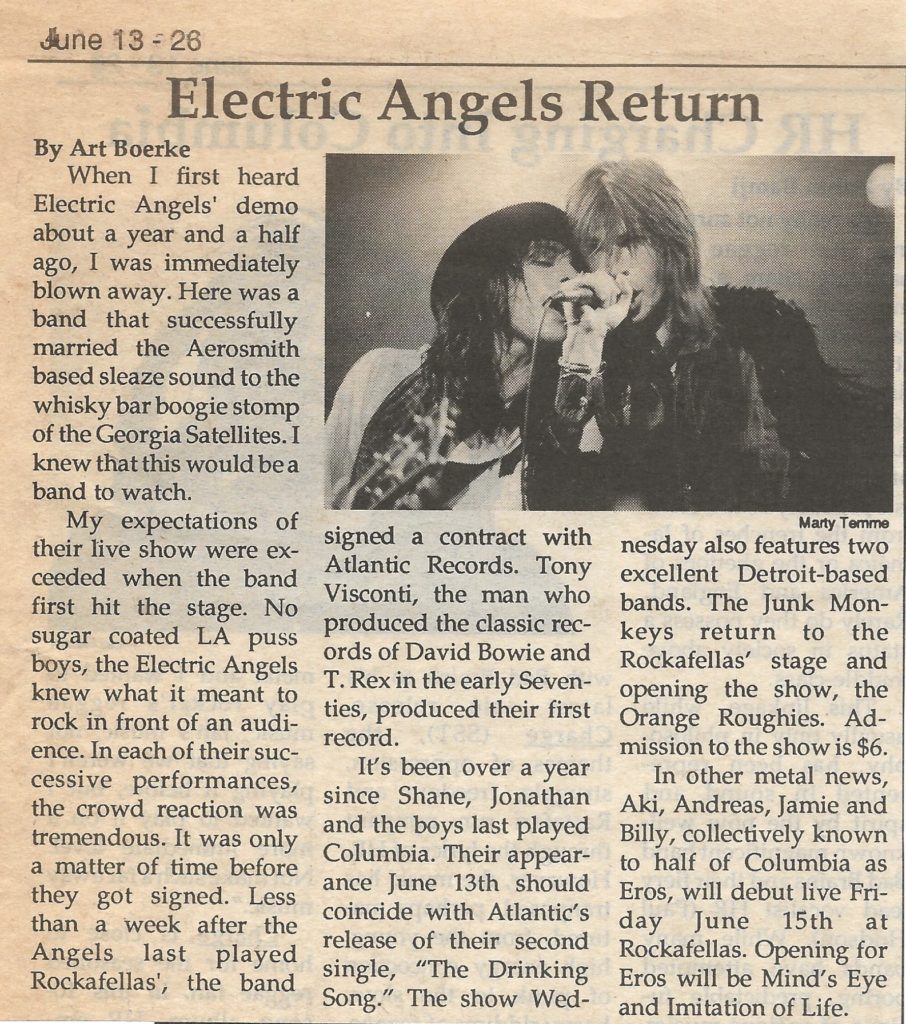 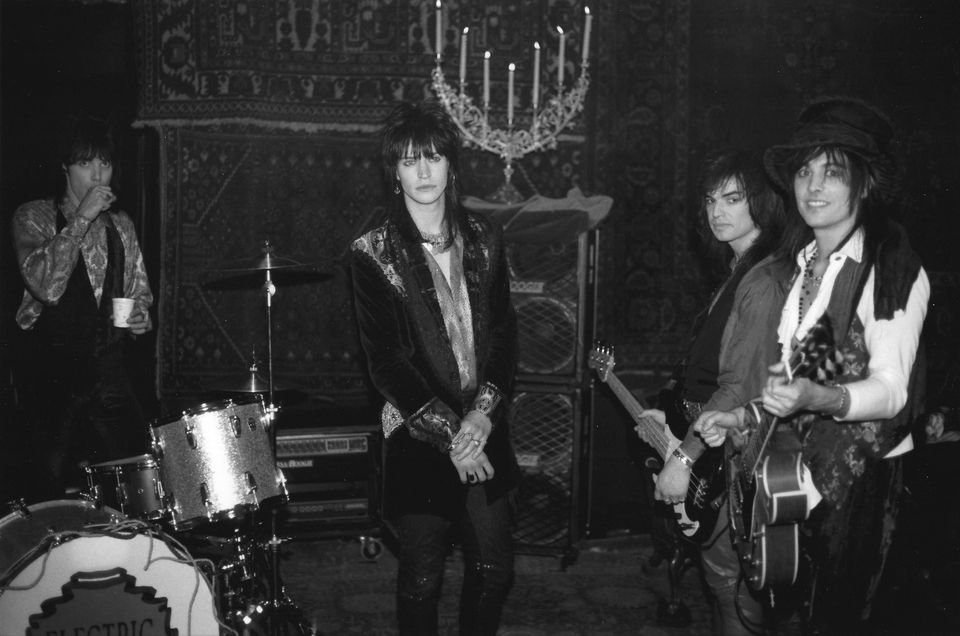 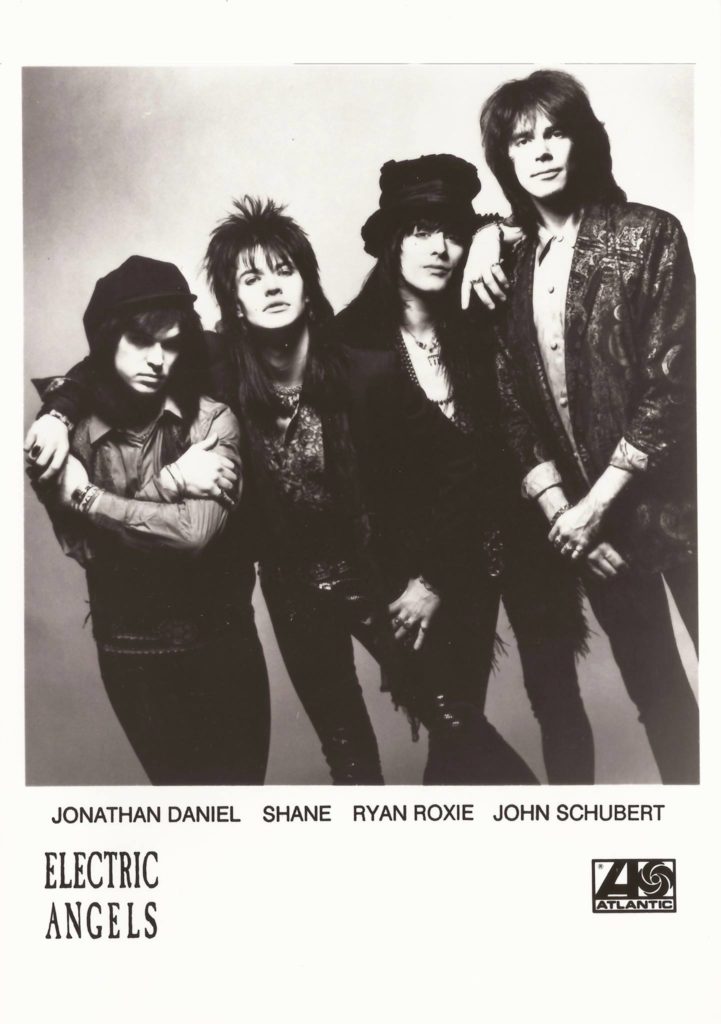 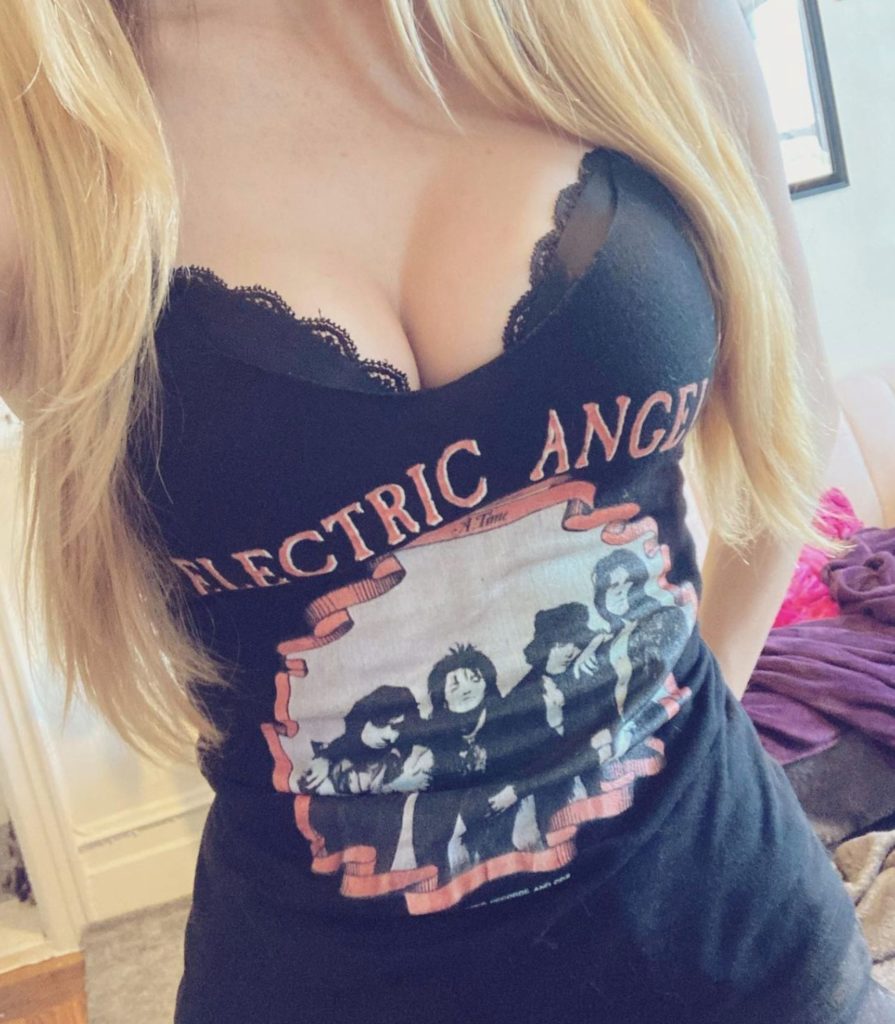 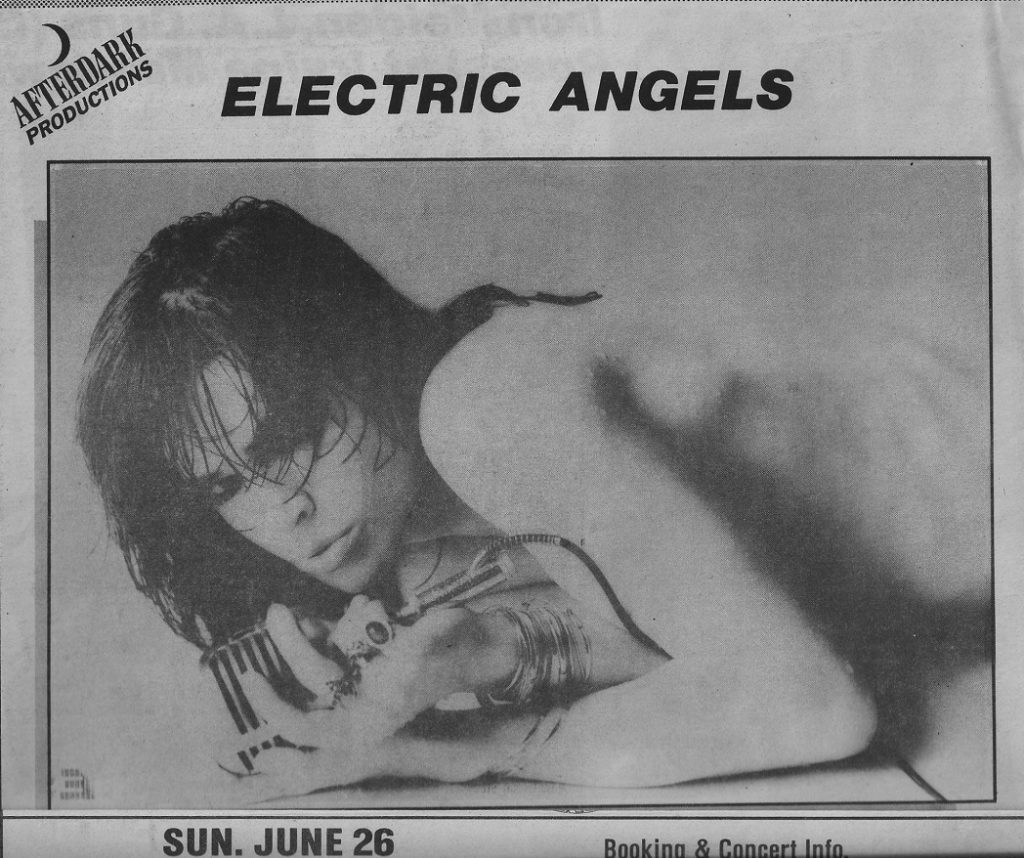