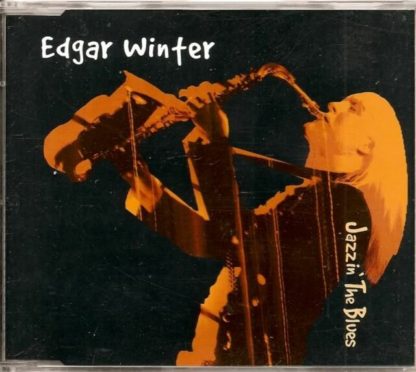 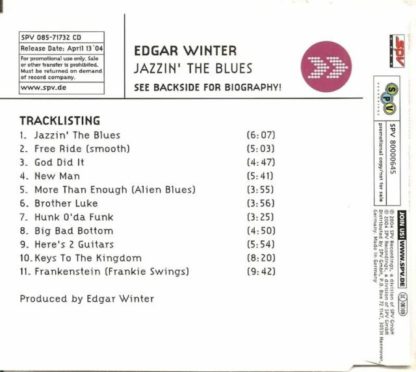 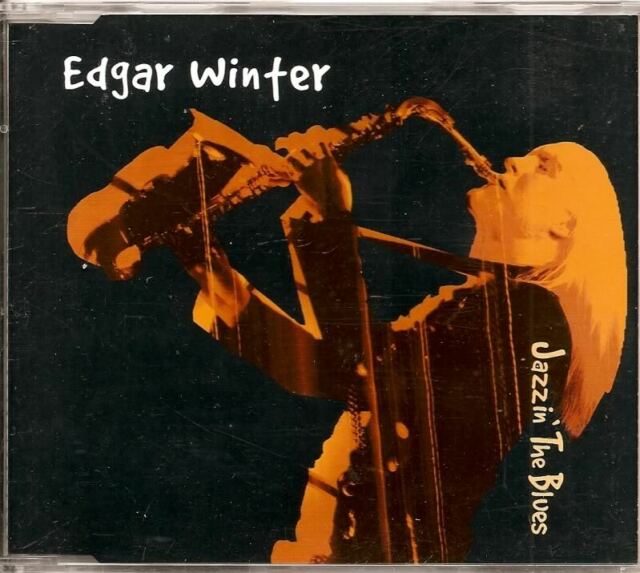 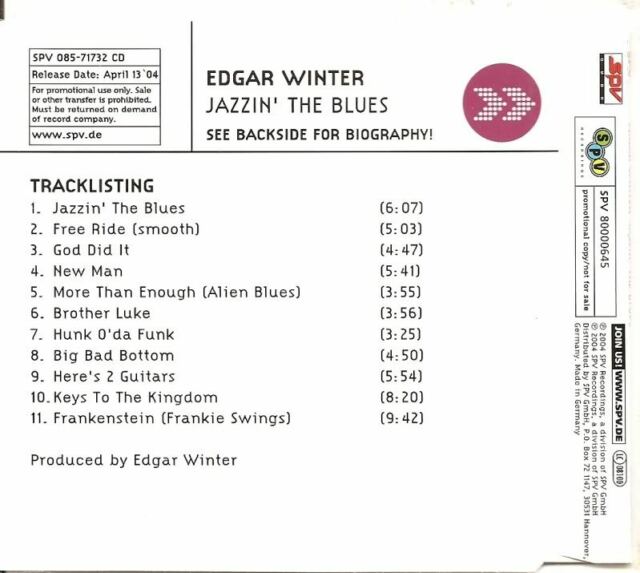 Edgar Winter was born December 28, 1946 in Beaumont, Texas, brother of legendary blues guitarist Johnny Winter. After cutting his teeth in Texas night clubs, Edgar released his debut album Entrance in 1970, quickly followed by classics such as They Only Come Out At Night, (featuring the hits Frankenstein & Free Ride, both of which are re-worked on Jazzin’ the Blues), the live record Roadwork (1972), the rock opus Standing On Rock (1981), The Real Deal (1996) and of course Winter Blues (1999). In the eighties Edgar played with various artists, including the likes of Todd Rundgren, Meat Loaf and Tina Turner.
As with Winter Blues, Edgar invited high quality guests to record Jazzin` The Blues: guitarists Steve Lukather (Toto) and Hiram Bullock, bass player Will Lee, drummers Gregg Bissonette and Rick Latham and trumpeter Lee Thornburg. Together they present an exciting voyage through the different spheres of jazz and blues, including master songwriting and creative soloing. With Jazzin` The Blues, Edgar Winter shows his ability to combine the past with the present without sounding muddled or pretentious while at the same time delivering exciting elements of new music.
==================================================
5.0 out of 5 stars Been a fan for a long time…
…this is the album I’ve wanted Edgar Winter to make since I heard Entrance and White Trash! Absolutely terrific songwriting–think Mose Alison combined with someone more personal like Joni Mitchell. Clever lyrics don’t distract from the […]-kicking playing.
=============================================
5.0 out of 5 stars
Edgar Winter is a genius with cajones of steel. His mighty music (actually its so amazing its beyond music) kicks your butt and hugs your soul always leaving you wanting more, more, MORE!!! His live shows take you on a varied musical voyage never leaving his Blues and Jazz roots behind. I’ve seen him perform about a-killzion times since 1971 including 4 brilliant performances this last month and he does the job and then some every single time. “Jazzin’ the Blues” is quite simply a masterpiece, much in the tradition of his first album “Entrance” and 1975s “Jasmine Nightdreams”. Brilliant songwriting, melodies that immediately attatch themselves to you not letting go (and you don’t want ’em to!),brilliant instrumentation and arrangements, and even his reworked standards such as “Frankenstein (Frankie Swings)” and “Free Ride” become different songs than the originals and just as powerful. “God Did It” is a wonderful shuffle type song that puts the Bible into music in about 4 minutes making even the most confirmed Athiest into a believer (or at least an Agnostic) and “Keys to the Kingdom” are so beautiful that you’ll swear that you’ve heard those melodies before, but you haven’t. Once you hear them though they’ll be in your head for a long time making a bad day good and a good day perfect. This beautiful disc should be a must for any Edgar fan and any fan of great music played by one of the best musicians/performers/all around great guys to grace our lives with his positivity and God given talent. BUY THIS ONE!!! You won’t be sorry! Get it for someone you love and they’ll love you even more.