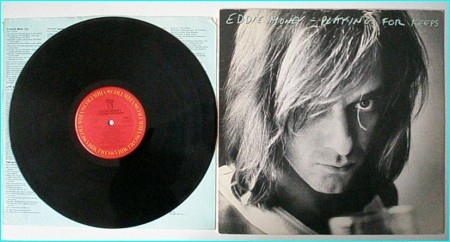 Playing for Keeps is Eddie Money third album, released in 1980. It continued the early phase sound that began in 1977 with Money debut. Jimmy Lyon guitar work is a key to standouts “”Trinidad”” and “”Million Dollar Girl”” the first and last tracks. Since this effort did not attain the radio airplay of the first album, it is not as well known to later fans, and is frequently harder to find.
Other notable album cuts include “”Let Be Lovers Again,”” a duet (with Valerie Carter), and “”Get a Move On.””

Money went for a slicker, modern sound on Playing For Keeps, produced by Ron Nevison. Money was also trying out new ideas – for better and for worse. Two tracks had a smooth Caribbean flavour: his own lilting Trinidad, a Money original, and the easy-skanking Running Back, written by reggae guitarist Radcliffe Bryan.

On more familiar territory, The Wish and Get A Move On were ballsy rockers. But a romantic duet with singer-songwriter Valerie Carter, Let’s Be Lovers Again, did not turn out as planned. “I fuckin’ hated that song,” Money said. “And I didn’t like her either!”

Be the first to review “Eddie MONEY: Playing for Keeps LP The God of A.O.R. CHECK VIDEOS” Cancel reply 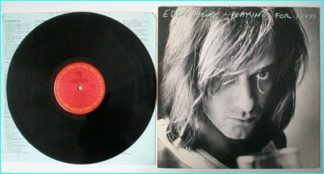