Everything about this album – the band’s name, its line-up with three women (a cellist, a singer and a keyboardist), front cover artwork and even photos in the booklet – suggests that you are in for upbeat Gothic metal. The French seven-piece has all traditional Gothic metal elements in their music – the male growling, the soprano, infectious grooves, melodic guitar lines and a thin layer of keyboards. A mix of Tristania and Crematory would be a good description for “”Amnesia””. The female vocalist is up to the standards set by Vibeke Stene or Liv Kristine. “”Amnesia”” has a few outstanding tracks , but on the negative side the wonderful ballads “”Bleed For Me”” and “”It’s Coming”” are reminiscent of the dreadful Nightwish, the worst band Finland has ever produced

Formed in the Parisian area, DYING TEARS started to play from as early as 1998 an ambient and Gothic-influenced heavy-metal. Recorded by Alexis PHELIPOT, (MISANTHROPE, NO RETURN, KRISTENDOM…) and released by the Thundering label, “”Amnesia”” (2001) gives a lot of space to dark melodies, usually enhanced by beautiful cello parts. As for the visual part of this album, it has been designed by Jean-Baptiste MONDINO, a French artist known for his pictures of famous artists such as BJÃ–RK or MADONNA! Between NIGHTWISH and PARADISE LOST, DYING TEARS is without any doubt the starting point of the French Gothic and ambient heavy-metal scene explosion. 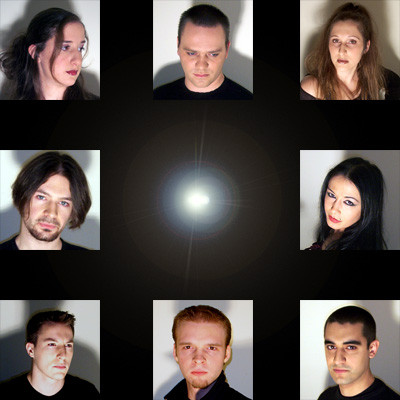