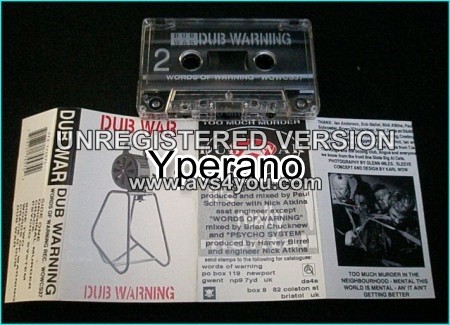 Dub War were formed in the town of Newport, South Wales in 1993, They were soon to find a record deal with a small local hardcore label (Namely Words of Warning). A Label that also brought us tracks from the likes of Gunshot & King Prawn, to name but two.
After a few vinyl releases including Respected & a 12″” split with Cowboy Killers, Dub War released Dub Warning. Their extra-ordinary blend of ragga/rap/punk & metal soon earned them a reputation across the UK.

Brilliant… took ‘crossover’ metal to another level,
Dub War, in my opinion, were Britain finest, most innovative and groundbreaking crossover metal exponents (see also contemporaries Senser, Pitchshifter, Asian Dub Foundation). From Newport, South Wales they blended dub, reggae, soul, punk, thrash metal, and beats. You name it, they had it. Their sound is not the shambles that one may expect from the fusion of such eclectic and extreme styles. Contemporary crossover metal amounts to no more than skate metal: crunching guitars and awkward rapping in bandanas and baggy shorts. It beggars belief that fusing different music styles can sound so sterile, one-dimensional and formulaic. But through a plethora of singles, EPs, and compilation album slots Dub War were able to hone their exciting style and socially and environmentally aware message
Their ‘unlikely’ hometown and diverse ethnic background harked back to early crossover metal bands such as Living Colour, early Faith No More, Rage Against The Machine and the high profile inter-genre collaborations such as Anthrax and Public Enemy.
If the sterility of crossover metal makes you yawn, try Dub War to re-imbue you with faith in innovative metal. 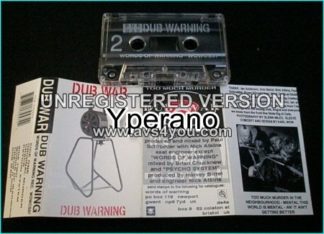