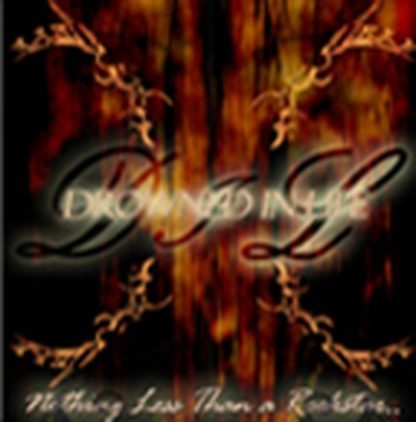 DROWNED IN LIFE is a very young band from Finland and ‘Nothing less than a rockstar’ is their debut CD. I must say that the production is very impressive and also musically DROWNED IN LIFE sounds quite good. Opener “”Dead child within”” is definitely one of the strongest songs on the disc, as this is a great uptempo melodic hard rock song like PINK CREAM 69 and VICTORY. “”You’re nothing”” (melodic heavy rocker like SINNER, MOON’ DOC) and “”My way down”” (uptempo melodic metal), are good examples of the style of this band
Melodic Metal/Rock

the melodies are really great. You sound really professional and you play really well together. The drummer in particular stands out really well when compared to other mixer drums. Be the first to review “DROWNED IN LIFE: Nothing Less Than A Rockstar CD promo only! Amazing sound quality. Free for CD orders of £28+ Melodic Metal,’00s Metallica. Check audio (whole songs)” Cancel reply