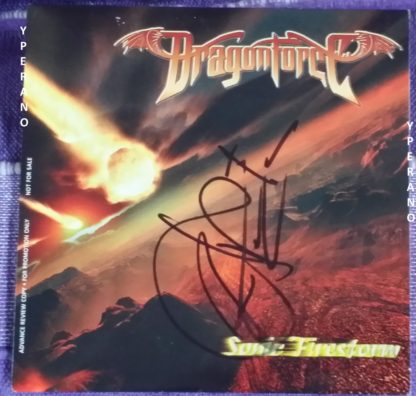 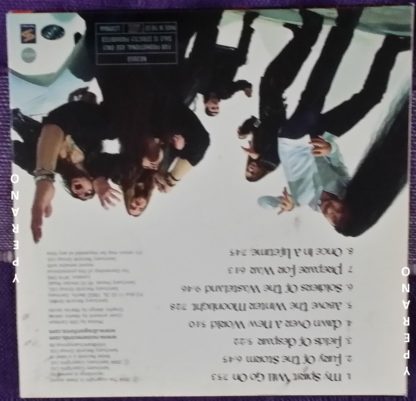 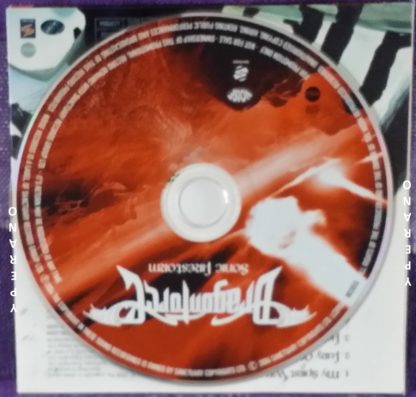 The 2004 full length from the Power Metal band DragonForce. A flawless album from the band.
10/10
Similar Bands: Gamma Ray, Helloween, Falconer, and Firewind
For: Power Metal fans
Favorite Song: Soldiers Of The Wastelands 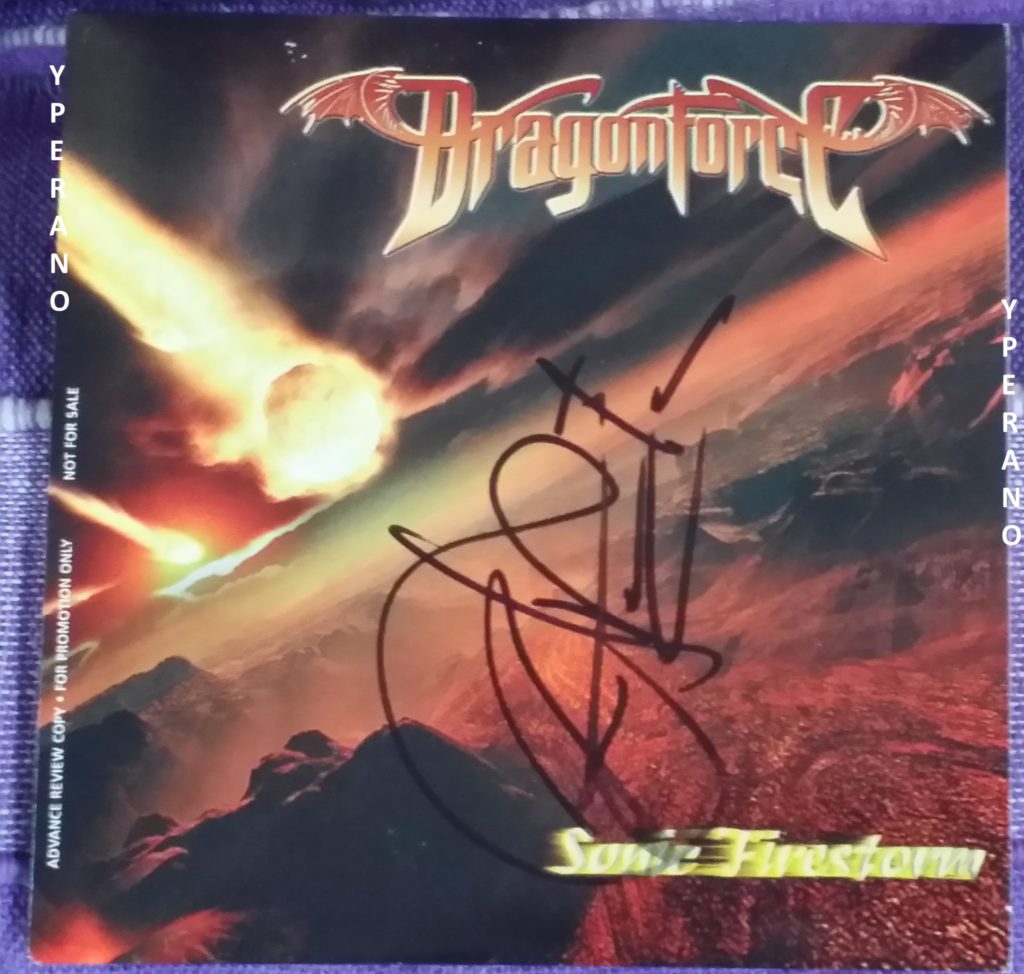 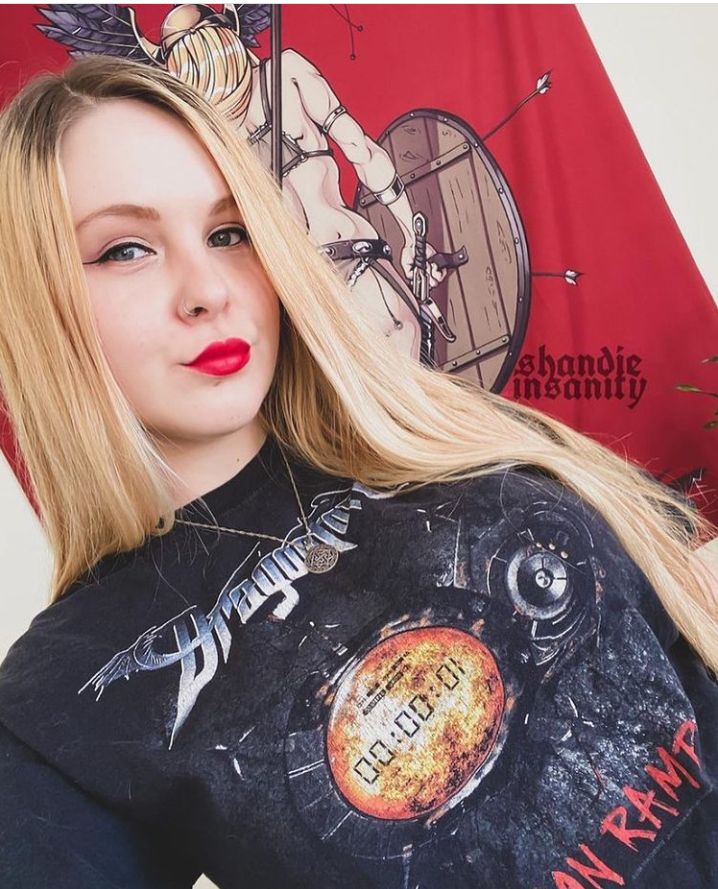 I have been listening to rock music for over 40 years, (yes, I’m old), and Dragonforce are the best band I’ve heard in the last 20 years.

Taking into consideration the fact that the general level of rock musicianship today is of a very high standard, the musicianship on this cd is truly outstanding. The vocals are excellent, powerful, melodic and perfectly suited to the style of music. The Drumming is truly awesome, (how on earth does he keep up this pace???), the keyboard playing is excellent and the guitars just have to be heard to be believed.

There are many speed metal bands around, the difference here is that Dragonforce are very melodic, and for those of us who appreciate some melody in our music instead of drop-D death riffs and monotonous screaming vocals, the music here is a most welcome and very refreshing change to the boring speed metal currently around.

Dragonforce are a very melodic speed metal band. if you’ve not heard them yet then my advice is to buy or borrow a cd of theirs and hear them for yourself. I’ll be surprised if you’re not impressed, (if not blown away) by what you hear.

The best way I can describe them is to take Iron Maiden, Rainbow and Thin Lizzy, mix them together and speed the whole thing up (a lot).
—————————————————————————–
5.0 out of 5 stars Very, Very Good
Start with a huge amount of melodic, fast solos played at the same high level of Slash and Iron Maiden. Add in distorted guitar strumming reminiscent of early Misfits from the Danzig age. Chuck in some fantastic key board playing, a bassist similar to Jerry Only, a double kicker and singing that even you’re parents would deem ‘acceptable’, sprinkle on a heap spoonful of cheese and stick it in a recording studio at a moderate English temperature for three months. What have you got? Iron Misfits? Not quite, but something just as good, if not a lot better. As you can probably tell by the strange recipe metaphor above, describing what Dragon Force actually consists of is not easy, in fact its very difficult. I’m not a fan of power metal in general, but this takes the genre to a whole new level, a level which is occupied only by Dragon Force.
For those who have heard the first Dragons album, ‘Valley Of The Damned’, I’m glad to say that Sonic Firestorm is an improvement, having ironed out the few mistakes of the bands debut. The singing (however cheesy) is much clearer and the incredibly fast solos (and I really do mean fast, you have to hear it to believe it) have been refined to a perfect art. The songs, each of which is an epic tale of fantasy are all just about different enough to give the album a slightly less merged feel as opposed to the first album, where the songs do sound a little too similar.
To put it simply, I’ve not been this excited and hyped about a band since hearing AFIs ‘The Art Of Drowning’ (the first AFI record I ever had the pleasure of listening to) and it seems that Dragon Force have hit on something very special and very appealing early on in their career, which, if they continue, has the potential to span the same length and build up as big a fan base as the metal Gods Iron Maiden.

If you’re a fan of guitar music in general, I suggest you find your seat on the Dragons band wagon because with them supporting Iron Maiden on some of the dates on Maidens world tour, it won’t be long until thousands of potential fans are exposed to the sound of the Dragons and when that happens, I predict the band wagon becoming very, very crowded.
—————————————————————————–
5.0 out of 5 stars OH YEAH!!!!
The first thing that struck me when hearing this CD was that these guys do not understand the meaning of playing slow! the guitars and drums just don’t let up, and their riffs are basically solos for other bands. while some may not like the cheesyness of Dragonforce, and this is almost pure distilled cheese, I love it, and other power metal fans will agree. if you got their debut album Valley of the Damned, or are new to Dragonforce, it doesn’t matter. BUY THIS CD!!! I loved it and am sure you will agree.
—————————————————————————–
5.0 out of 5 stars A breath of fresh air!
I first heard this band after a friend (knowing I love Stratovarius, maiden etc..) told me to check these guys out. I downloaded ‘My spirit will go on’ the first track of this album and I was blown away. They are like Stratovarius on speed. I Loved the fast tempo and the really catchy melodies of the guitars and vocals. I bought the album the same day but I didn’t think the rest of the tracks were quite up to the same standard as my spirit will go on. about half are excellent but they are all very samey, and some1 not already into power metal may be ‘cheesed’ out by the end!
The strangest thing about this band is that they are English, a strange thing to say but when u hear then you will understand.
This album is an essential purchase for a power metal fan, any 1 else might find all the tracks too samey or too cheesy. 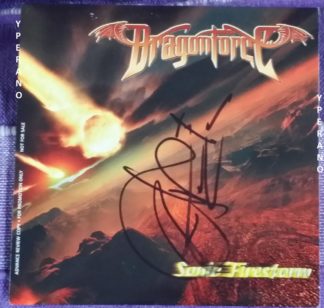