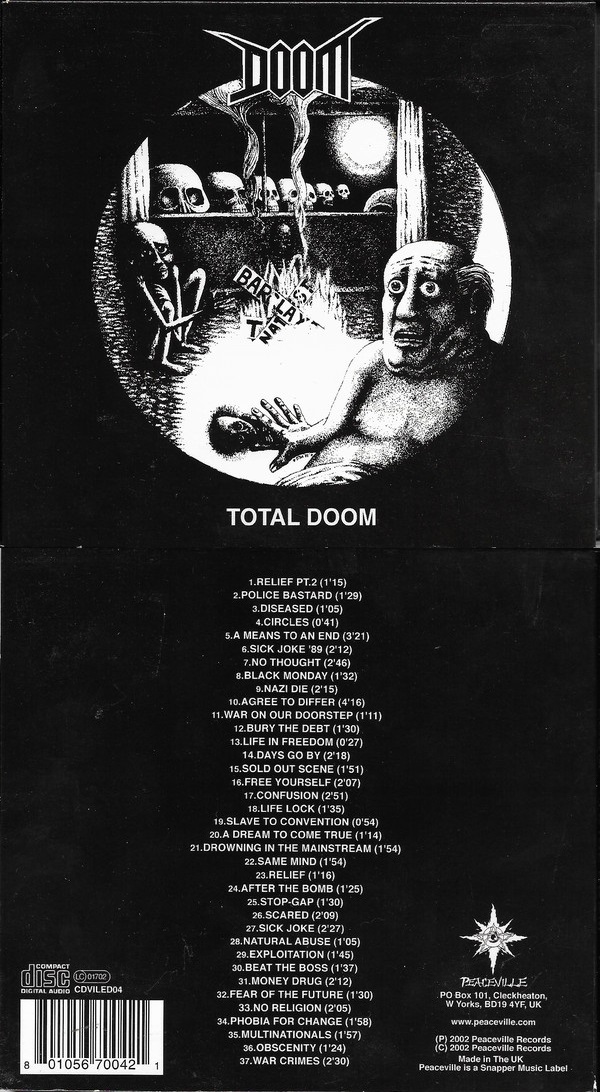 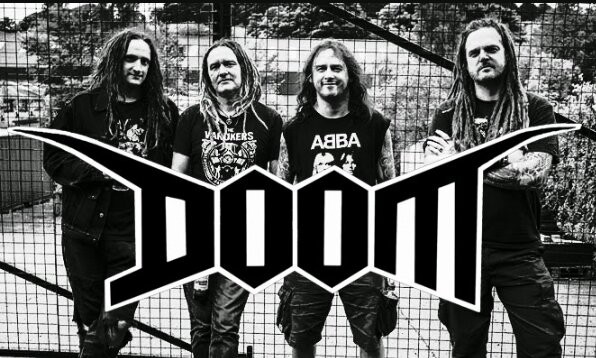 DOOM decided to go for the Discharge style when started rehearsing in mid ’87. The newly formed Peaceville asked them to contribute songs to the first Peaceville release, the compilation “”A Vile Peace”” and DOOM with the help of Jim Whitley (NAPALM DEATH and RIPCORD) recorded three songs of which two appeared on “”A Vile Peace””. That led to the recording of 21 songs for the album “”WAR CRIMES (INHUMAN BEINGS)””. The album was apparently rushed but had a certain rough charm. JOHN PEEL then became a fan and asked the band to record two sessions for his BBC Radio One show, which were subsequently released as a “”Peel Session”” album by Strange Fruit Records. Then the split LP “”BURY THE DEBT (NOT THE DEAD)”” (originally released with Swedish band NO SECURITY on one side on the Peaceville label) and the EP, “”POLICE BASTARD”” were released. In 1989
Doom completed a lengthy European tour, had several line up changes, reformed in 1992 with the original line up, toured Japan and recorded a 12″” that was released on the Vinyl Japan label. This proved to be their last recording. This CD is a collection of 37 good quality brutal punk songs that on average range from 1 to not more than 2 ½ minutes. The packaging is great, since it comes on a nice digipak 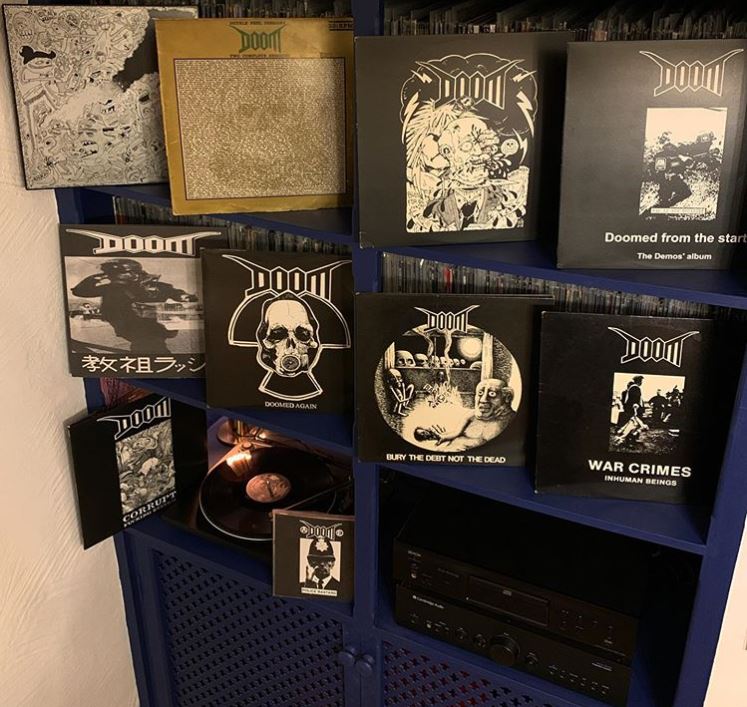 5.0 out of 5 stars THE UPPER CRUST,
I finally get DOOM on CD!!!!!!!! The first time i heard them was when a friend of mine dubbed me copy on cassette back in the day. Anyway this is top notch crust/grind that will make jelly of yer brain and crush yer skull. If you are into dirty, fast, political, and hard music this will make the rest of your collection run for cover. A definite must have if you are a serious crust and grind fan.

5.0 out of 5 stars The Temple of Doom,
DOOM!!!! the 2nd greatest band ever. second only to the almighty Discharge. be sure to buy all there old stuff, because there new stuff (monarchy zoo)is absolutely awful. but they are definitely stupendous, i would have given anything to see these guys live back in the day, but alas, i was in dippers. buy all there old records and if you like them then check out discharge, aus-rotten, nausea, icons of filth, they are all great. yeeee haaaa listen to doom NOW!!!

1 of 1 people found the following review helpful
5.0 out of 5 stars 80’s Grindcore Heaven
I’M IN MY 30’S NOW AND IN THE LATE 80’S BRITISH GRINDCORE RULED NAPALM DEATH ELECTRO HIPPIES ETC BUT DOOM I HOLD A SPECIAL PLACE IN MY HEART BECAUSE OF THE TIME IT WAS(80’S GRINDCORE HEAVEN) AND ME AND MY BRO MUST HAVE SEEN NEAR ENOUGH ALL THE HARDCORE BANDS IN THE LATE 80’S BUT DOOM WAS THE ONES WE HAD THE HONOUR OF SEEING THE MOST OF. NOTHING ELSE NEEDS SAID. THANX A LOT GUYS

5.0 out of 5 stars the best sounds of ever,
best band of its kind, direct sounds, raw and strong, for a conscious public of its sounds, classic hardcore crust 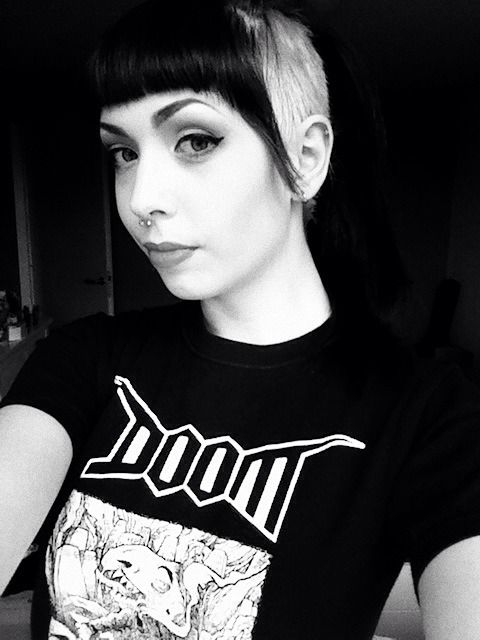 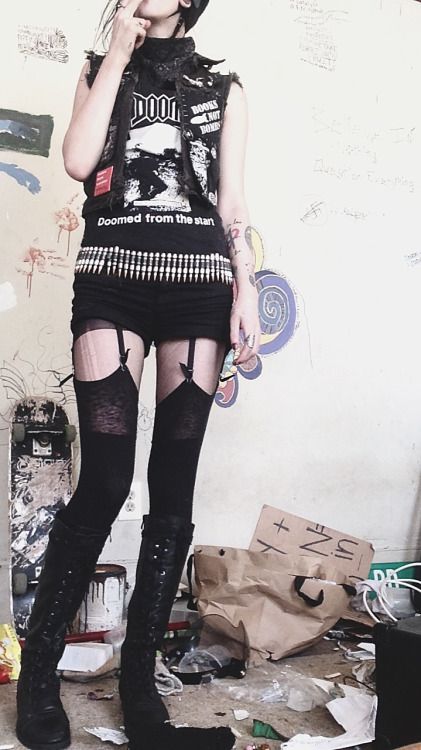 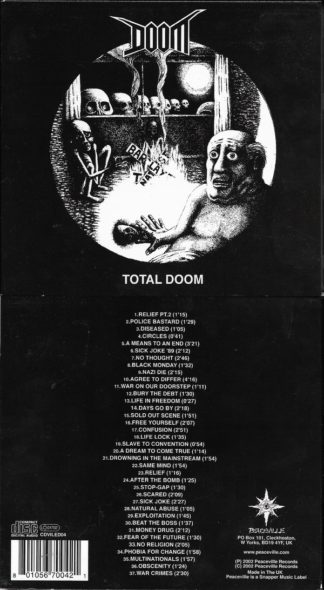