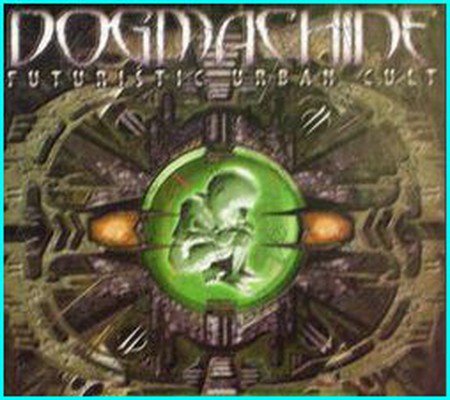 Think of a combination of the hellish-electronics of Nine Inch Nails, Leatherstrip and SNOG c. “”Dear Valued Customer””, with the grinding- chugging-guitars and harsh electronic percussion of Godflesh c. “”Slavestate””,and occasional gothic-darkwave inspired chord progressions. On top of this ride a whole host of sinister dialogue quotes from movies, Kraig Wilson’s gravellish steamshovel vocals and occasional steamy vocals by Donna Matrix. The subjects explored on this 14 song album include serial killers, masochism, fetishism, love gone wrong, anti-nazism and a variety of dark religious themes (such as falling from grace). “”Bastard Son”” with its tribalistic percussion & bassguitar, and old testament story-like lyrics, “”Fetish”” and their other single of several years ago `Headwound”” are all top moments as are the other 11 songs!

Stereotypically, Australia is a country where you’d rather expect to find organic, folk or easy-listening electronic music courtesy of Icehouse or Kylie Minogue, rather than industrial – unlike in the usually noisy regions of Europe or US. Of course, Australians have the mining industry digging in Aboriginal sacred sites and port harbours with their specific acoustic atmosphere, but a vast part of the land doesn’t inspire creating cacophony. Yet there have been several bands utilizing industrial noises which have received an international recognition such as S.P.K. or Foetus.

Dogmachine is an industrial band from Brisbane founded in 1993 by Kraig Wilson and Mark Finch. They had their music videos for “Fetish” and “Headwound” aired on MTV during the 1990s, the station’s best years. They toured with Atari Teenage Riot, White Zombie, Pitchshifter, Pop Will Eat Itself, Snog, and Insurge amongst others. However, the band was put on hiatus after releasing their Futuristic Urban Cult full-length album – the only in their so far discography (1997). When Pop Will Eat Itself toured Australia again and played in Brisbane in 2014, Dogmachine was reformed to support the PWEI’s event.

The digital version of Futuristic Urban Cult that you can buy these days is a re-release of the original album. It has 14 songs on the tracklist and begins with “The Killer Inside” – a murderer’s confession supported by steel factory-like bursts and beats. A short techno synth sequence joins next and is followed by guitar riffs kept in then trendy metal-esque arrangement mixed with pulsating synths. The song obviously brings a lot of influences derived from punk, industrial, techno, rock, and metal.

The beginning of “Adrenalin” recalls an 8-bit game’s laser shooting SFX that is then combined with punching yet bubbly synths. The arrangements are mostly built upon sound effects that the entire track is full of. After getting the ‘let’s go’, the tempo accelerates to catch up with the pace typically offered by speed metal. If you recognized any guitar riffs here, your ears didn’t mislead you – they were digitized. Vocals are distorted and quite silent. The track brings the vibe of simplistic 90s industrial rock mixed with cyberpunk and therefore, may melt a few hearts of the older generation industrial music listeners.

We’re entering the factory again at the beginning of “Disorder”, where the metallic hammer beat dictates the rhythm. Messy, ‘disordered’ guitars join next and break that harsh industrial atmosphere apart by adding more lively dynamics. Simple, repetitive riffs are quite typical for the 90s decade and may be found in other industrial bands’ compositions. The lyrics are rhythmically recited, because industrial songwriting often treats the human voice as yet another device, rather than letting it preserve its natural timbre.

“Wetware” is a noisy track which may be appreciated by die hard industrial music fans thanks to its knotty composition filled with simple arrangements. It begins with a buzz and sound distortions followed by short and looped guitar riffs. The instruments keep communicating in their own secret language, while male vocals whisper and groan for ‘more’. The guitar riff becomes heavier and more dominating at times, but is then quickly pushed away by dry beats.

As mentioned before, “Fetish” was featured on MTV. It is a song in vein of Atari Teenage Riot, with feisty female vocals and a speedy tempo built upon beats and a looped guitar riff. There’s also a cyberpunk accent with an old-school digitized computer voice commanding to ‘enter the data now’.

A transformed bass guitar sound along with a vibrating riff open the following track, “Bastard Son”. It sounds very rhythmic, concrete, and probably most organic from all the songs so far present on the album. A simple arrangement reoccurs like a smashing hammer’s stroke through its entire length. The spoken lyrics match it very well, leaving some space between the instrumental and vocal parts, and avoiding excessive density.

“Are you human? You are simply a machine.” This statement seemingly borrowed from Robocop, opens “Machinehead”. It is followed by a suggestive mix of SFX once again reminiscent of old 8-bit video games. The drum beat and down-tuned guitars join next to take this initially old-school atmosphere into a hellish underground. The arrangements are quite tight and complex, making it another non-easy listening yet classically industrial track.

“Endymion” opens with the voice of a weeping woman and a short speech delivered by a man in one of Eastern European languages. The atmosphere turns tense through slow, ritualistic drum beats dealing their sound in unison with looped synths. A sense of panic goes alive through a crowd’s screams, the chorus in the song. Such a doomed mood may illustrate some kind of an ultimate, inevitable judgment day.

Another 90s industrial metal tune is brought with “N.F.F”. This song’s topic refers to Nazis so you get a sample of Hitler’s voice. The song keeps a military mood delivered by harsh bass lines and a lot of drumming. The repetitive vocals may embed “N.F.F.” deeply in your memory.

The following “Love Is A Disease” is a short and noisy, beat-driven track with an experimental vibe and science fiction SFX wheezes. The song title is repeated over and over as the sole line of the lyrics.

When you hear “Shadows Of The Abyss”, you’ll notice it is kept in a completely different mood when compared to all the other tracks on the album. The atmosphere is creepy, ‘vampirish’ and based on graded synth arrangements and female vocals inviting comparisons with Goth music.

“Rock Pig” sounds very complex from the very beginning, contrary to the title. It offers a dirty, distorted, garage sound in the vein of 80s hardcore bands. The arrangements written for drums, bass and guitars dominate here, while vocals are aggressively spoken as accompaniment. The overall mood makes it a good interlude for the next track, “Headwound”, available as a single on many CD compilations. The dynamic, in-your-face intro brings looped chunky guitars, occasionally sprayed with industrial noises, pushy drumming, a spiral-esque rhythm, some police sirens, and the feverish mood of a street riot. “Headwound” could also illustrate three attributes of modern life that make your head spin – constant rush, stress and pressure.

The ultimate track, “Scream Of Croetious”, brings a murky cinematic vibe that could easily act as a soundtrack for a post-apocalyptic short movie. Background droning is mixed with a piano, spoken lyrics, a man’s screams and a crying baby. This mix is followed by a large scale explosion, similar to that of a nuke or a volcano. Later, guided by a carefully selected batch of sounds, listeners may imagine lost scared souls of deceased people escaping life’s hellish drama through a skewed dimension.

Futuristic Urban Cult is a trip back to the sensibilities of 90s industrial music, proving the genre’s and the era’s authentic vibe. The rise in popularity of electronic devices in making mainstream music was profound twenty years ago. Industrial musicians were the cutting edge protagonists in testing the boundaries of what could be done. Popular yet simple sound effects and sample libraries, utilized with analogue samplers in 1997 may sound a bit rough these days, but they give you a true taste of the past. In addition, every track on this release seem to have its background story announced through the song title, and then expressed with a collection of thematically composed sounds.

The reformed Dogmachine played two shows, but currently have no plans on performing live until another opportunity comes. The musicians have other musical projects going on. Roger Menso’s NyteShayde (formerly known as Punch Drum Monkey) is busy making a new album. Daniel Newstead runs Omegachild, while Craig Wilson owns Synaptic Studio and creates under the moniker of Replikant, his solo project. Jodie Taylor is an educator, author, producer, vocalist and LGBT activist. Finally, Stephen C. Birt keeps drumming for many bands and is a prolific drum teacher.

Posted by DOGMACHINE on Friday, 30 October 2015 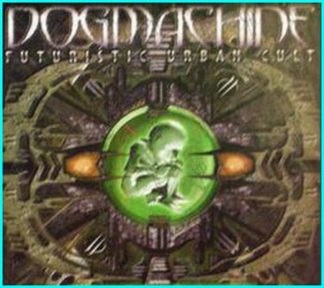