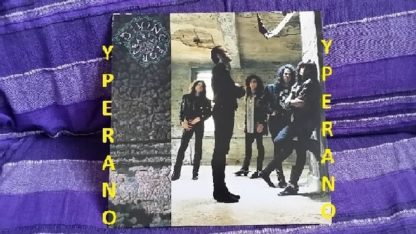 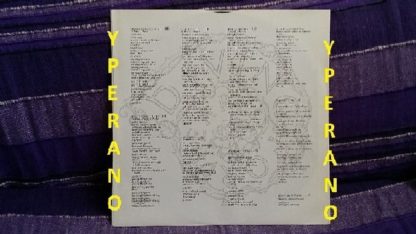 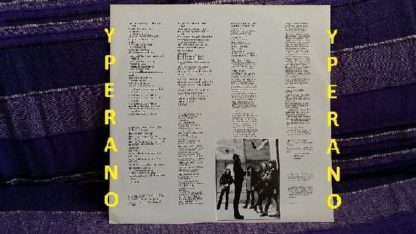 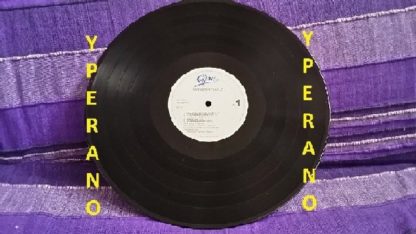 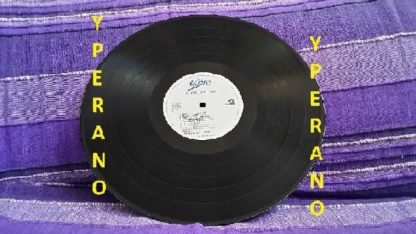 DIVING FOR PEARL Sself-titled debut is one of those albums that you enjoy from start to finish, never drops in quality and where every cut should have been a hit.   Melodic Rock / AOR gem, a must have in your collection.The late ’80s produced a plethora of Melodic Rock acts from North America – none more special than Diving For Pearls.Led by supremely talented frontman Danny Malone and terrific guitarist Yul Vazquez (previously part of the excellent Urgent US), this NY-based five piece forged one of the finest records of the era, at a time when the likes of Bon Jovi, Winger, White Lion & Whitesnake were receiving platinum trophies as a matter of course.

Acclaimed by the critics and embraced by American radio programmers, the “Diving For Pearls” album made an immediate impact and looked set to take the band to the top of the AOR mountain.With ‘sixth member’ David Prater producing, mixing, dropping some backing vocals and providing an awesome polished sound, the band enjoyed a high rotation on MTV for first single “Gimme Your Good Lovin”, and spawned another radio favorite, “I Don’t Want To Cry”.The record went on to sell over 250.000 copies in the US alone and was named as one of Kerrang! magazine’s Top 20 for 1989.All tracks are pure gold.“I Close My Eyes” is nothing short of magnificent, its melodic rock leanings putting it close in spirit to those bastions of this type of Melodic Rock like Bad English or Night Ranger. Yul Vasquez run through a classic three chord progression topped by Malone’s impassioned vocals.On “The Girl Can’t Help It” we have prime time melodic AOR at it’s best. Then the amazingly heartfelt ballad “New Moon” is a diamond, and the luxuriant guitar thrust of “Never On Monday” force you to move your feet.However, despite healthy international interest and great album sales, a series of promotional hiccups and marketing blunders left Diving For Pearls floundering, forcing the band to abandon any dreams of melodic rock supremacy. When their second album was in the works the band was dropped by the label due the changing musical climate. Failed potential aside, the ensuing years have been increasingly kind to Diving For Pearls, with many revaluating their debut as quite possibly one of the most overlooked works of a time when great hooks, savage guitars, enthralling song structures and expressive vocals ruled the world with a rod of (velvet-coated) iron.A Must Havefor every Melodic Rock / AOR fan.

Surely one of the best AOR albums of all time. File it alongside Tall Stories and the first Danger Danger album.

The Late Eighties Produced a Plethora of Melodic Rock Acts from North America, None More Special and Impressive Than Diving for Pearls. Led by Supremely Talented Front Man Danny Malone, this Nyc Based Five Piece Forged One of the Finest Records of the Era at a Time When the Likes of Bon Jovi, Winger, White Lion and Whitesnake were notching Up Platinum Albums as a Matter of Course.

5.0 out of 5 stars Super melodic rock album!!
This is a classic album in the melodic rock genre. A whole album full of beautiful songs and that stunning voice of Danny Malone. This is one of those albums where all the planets align resulting in perfect performances and perfect production of great songs with memorable melodies and meaningful lyrics. This is definitely one of those “”desert island”” LP’s that any fan of this genre would take with them forever. Great value all round! You won’t be disappointed.

Be the first to review “DIVING FOR PEARLS: Diving for pearls LP 1989. Best AOR album of all time. Check videos” Cancel reply 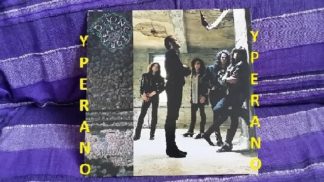 You're viewing: DIVING FOR PEARLS: Diving for pearls LP 1989. Best AOR album of all time. Check videos £15.00
Add to basket