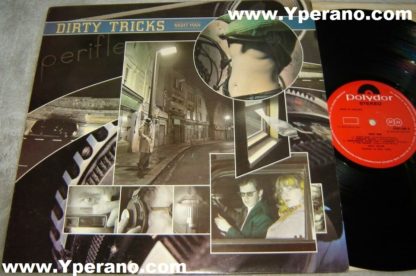 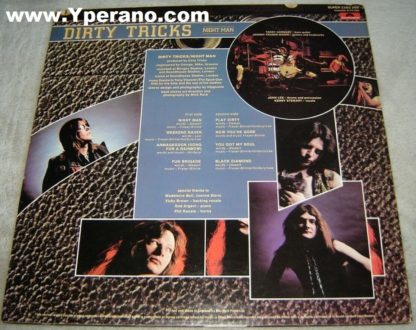 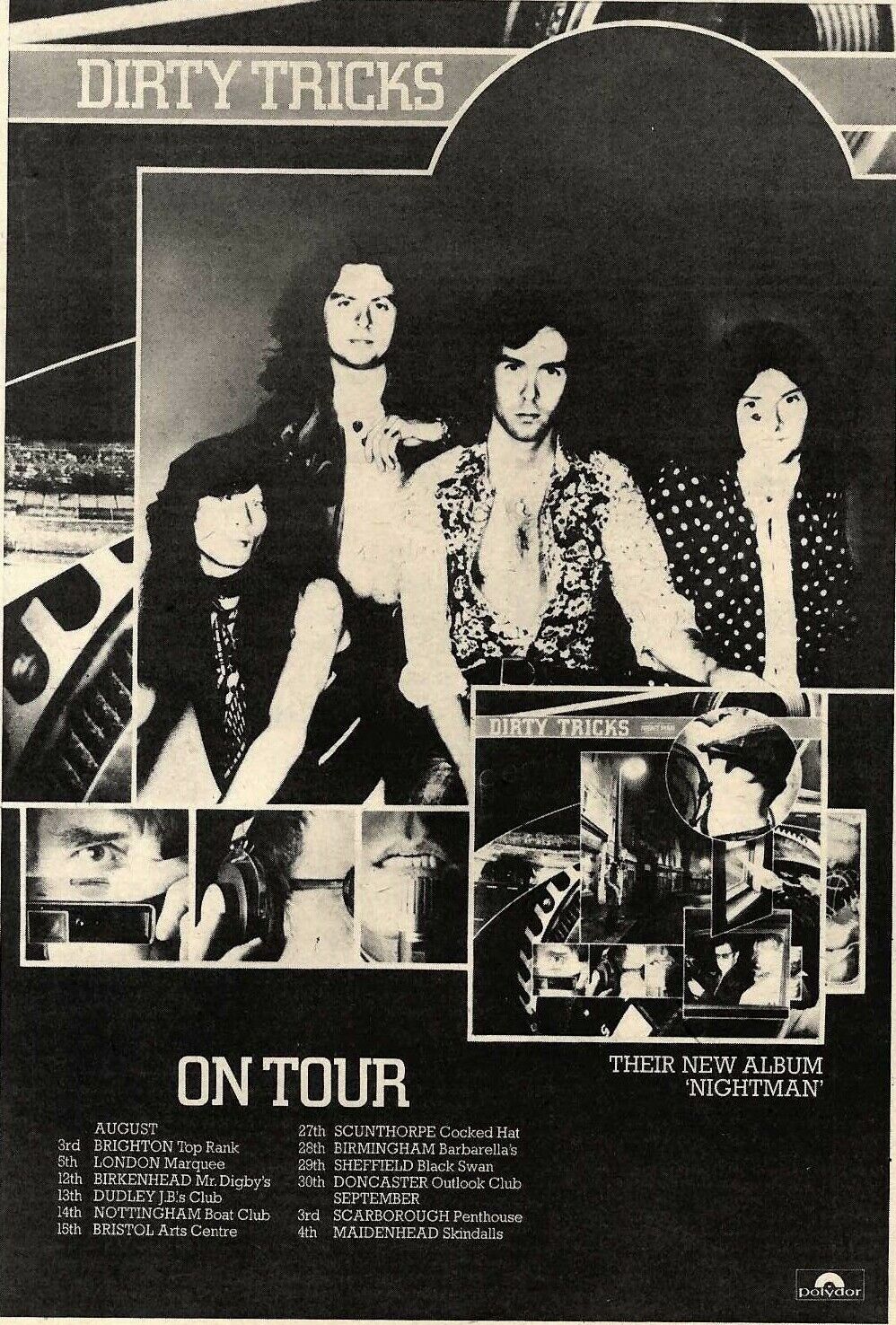 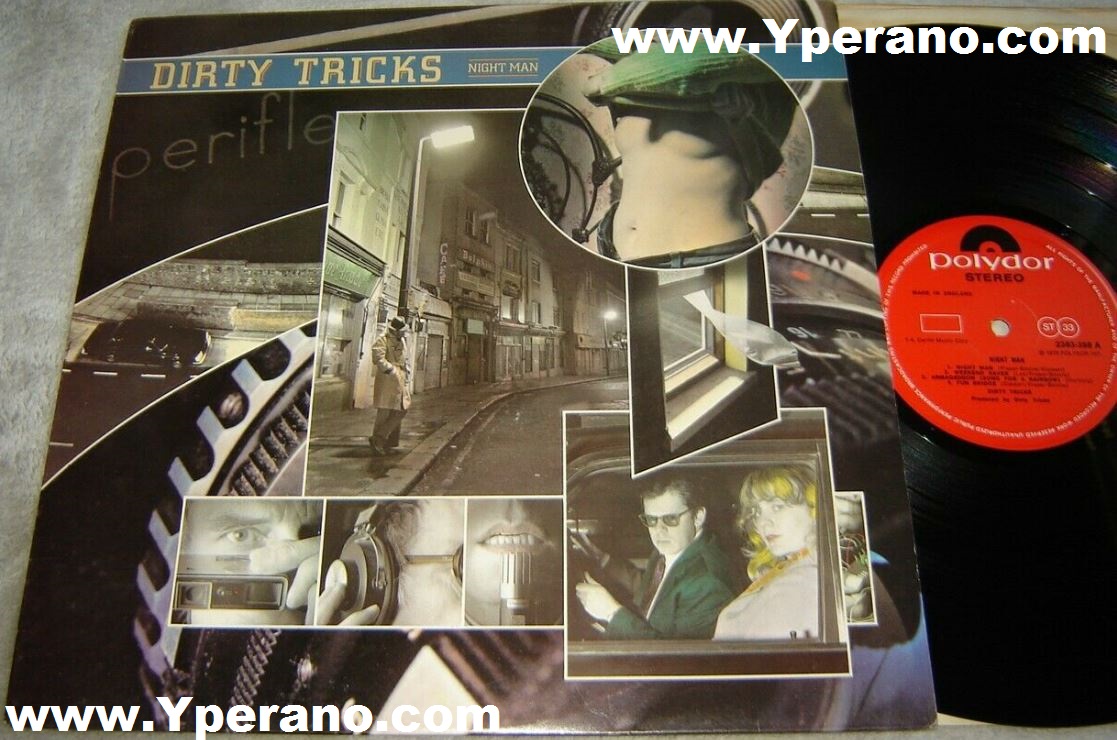 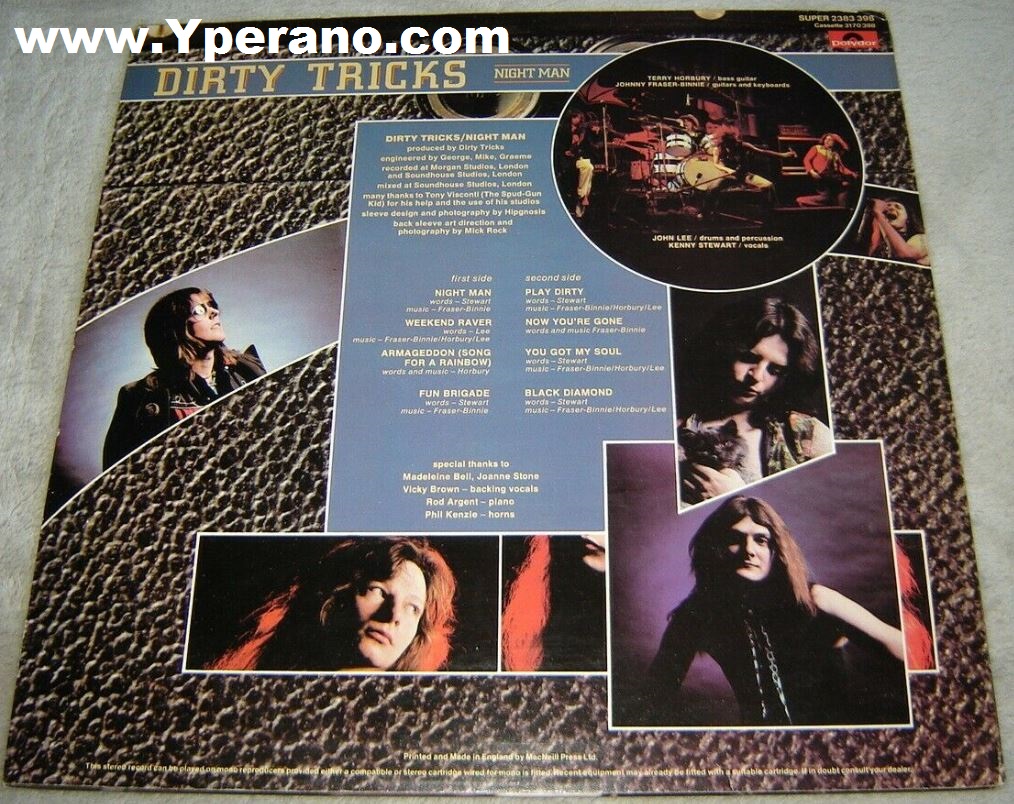 this band released other albums in Polydor before Beirne joined Grand Prix, Terry Horbury teamed up with Vardis and guitarist John Fraser Binnie was recruited by Rogue Male 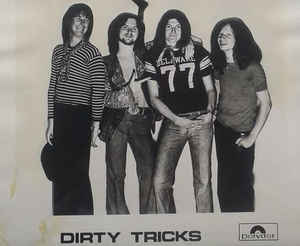 Meat n’ potatoes Hard Rockers DIRTY TRICKS formed in 1974 and delivered unpretentious Hard Rock albums for the Polydor label. The band support tours in the UK to both ARGENT and BUDGIE then for gigs across America as guests to CHEAP TRICK, BLUE OYSTER CULT and BOB SEGAR.
After the group had finally called it quits the Binnie / Horbury / Bierne triumvirate put in some rehearsals with OZZY OSBOURNE, then having just decamped from BLACK SABBATH. This proposed band folded as Osbourne duly rejoined BLACK SABBATH.

5.0 out of 5 stars Lost 70 rock treasures,
Not enough has been said about Dirty Tricks. I wanna say they were from Texas because I’ve heard a thing or 2 about a fair amount of airplay in that area during the time but they do have alot of Brit sound to em. Once you get past some of the higher up best kept secrets of 70 rock (Budgie, UFO, Bloodrock, Cactus, Mountain, Angel, the Godz, Moxy etc), there are other bands like Cain, Buffalo, and a whole heap of groups that were playing mind melting hard rock. Although alot of it is dated, still steeped in the leftovers of late 60 psychedelic and hints of prog rock, bands came and went during the blooming time for rock as new wave and punk take over. However one band that has survived musically although they’re damn hard to come by is Dirty Tricks.

They released 3 albums in between 1975 and 1976, all must haves if you’re into lost 70 style grooving hard rock. The vocals are love or hate, Kenny Stewart sounds just like Steve Winwood (thinking Traffic/Blind Faith) and the band sounds like a typical bar band. They have a great authentic rock sound, something you can party to. These guys were definetly good drinking music for the time, its just too bad they weren’t bigger. Obviously comparisons with more blues soaked rock bands of the time are there (Free, Bad Company, early Fleetwood Mac, Zeppelin). DT outdoes Bad Company quite often at their own game. Nothing complex but fun and simple rock n roll done with swagger. The production is raw but over the top, it just right. Soulful vocals, down and dirty guitar sounds, Dirty Tricks might be one of the pentultimate bands that summarize the 70 and not in a bad way. Pick up this LP; It is a lost classic. 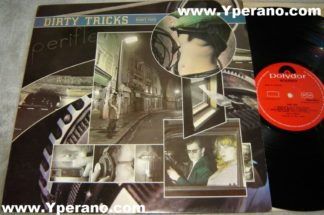