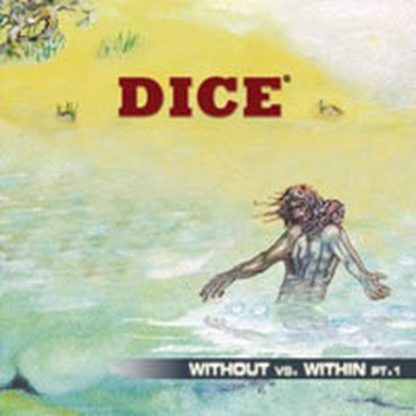 DICE: Without vs. Within pt.1 CD Prog rock a la early IQ or Marillion. Holes in booklets hence the cheap price. Check samples

it’s always a pleasure to welcome their melodic, progressive styling back. And they’re on particularly fine form here as they lead us through a delightful collection of classy material. They’re also stretching their fluid instrumental prowess over some lengthy pieces that will delight those to whom the 3 minute song is anathema. Peter Viertel, in particular, has really stepped up to the plate here with some inspirational guitar work. Take a listen to my favourite, “”Dark Flowers”” or the majestic 13 minutes of the near title track “”Without And Within””. Another elegant, elegiac album from one of the finest prog bands on the scene

Line-up / Musicians
– Christian Nove / lead vocals, guitars, bass, mellotron
– Henry Zschelletzschky / keyboards, background vocals
– Peter Viertel / guitars
– Dirk Zorn / bass
– Thomas Bunk / drums
Releases information
CD Scene Records 4622-3
DICE embarked on a trilogy of concept albums about reconciling our inner and outer selves, and the musical and even many of the lyrical themes remain largely intact. What has changed is the generally increased song lengths, with almost all containing extended soloing, mostly by new guitarist Peter Viertel. He is equal to the task even if distinguishing one elongated passage from another can be a challenge.
Another change is that the music has more of a pronounced neo prog mannerism, particularly in the title cut, which becomes repeated in slightly modified versions on each of the subsequent releases. This nod in the direction of the English neo bands is not one I sanction. As I have mentioned before, the genre can be characterized by an overly intense and polished wall of sound. “”Without and Within”” (the song) is a good piece of Floyd-influenced philosophy, and reaches the grandeur that is anticipated for a flagship theme.
Luckily, they impose the natural DICE character and are strong tunes with infectious hooks, especially the delightful “”Dark Flowers””, which is spacey and ominous, yet uplifting. Nove’s voice is mixed at just the right level for the effect. And his voice has improved over the years, except when he gets atonal as on “”Questions and Answers””, a tune that flags in spite of some interesting eastern motifs. “”The Hope Has Gone Forever”” manages to make a depressing theme into an uplifting one thanks to its anthemic chorus and more Viertelosity. This ends up being a pretty likeable DICE effort that shows the muse is intact.
Without vs. Within Pt. 1 is a good album with plenty of appeal whether you prefer to internalize or externalize your favourite music.

Be the first to review “DICE: Without vs. Within pt.1 CD Prog rock a la early IQ or Marillion. Holes in booklets hence the cheap price. Check samples” Cancel reply 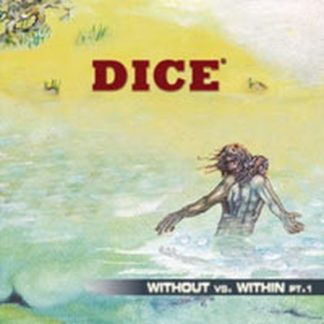 You're viewing: DICE: Without vs. Within pt.1 CD Prog rock a la early IQ or Marillion. Holes in booklets hence the cheap price. Check samples € 4.67
Add to basket