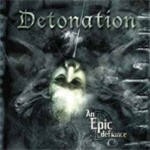 For quite a few years, DETONATION from Utrecht have been one of the better underground acts in the Dutch Metal scene. Having been around since 1997, the band now comes with their best work The musical direction of the band used to be Death/Thrash Metal like the legends of AT THE GATES, but since the last time I heard their songs the band has grown quite a bit. After an intro, the album moves into blast speed with “An Epic Defiance”. It becomes clear right form the start, that although the foundation is still Melodic Death Metal with Thrash Metal influences, the band has broadened its approach.

DETONATION has taken the style of melodic Death/Thrash Metal bands such as AT THE GATES, IN FLAMES and DARK TRANQUILITY, and mixed it with the style of THE CROWN and THE FORSAKEN. You can predict the result: A beautifully melodic yet thundering slab of Death/Thrash Metal. The good vocals of Koen Romeijn are mainly in the grunt/ scream region, exactly as you would want to hear with this music. The skills of bass player Otto Schimmelpenninck and guitar players Mike Ferguson and again Koen Romeijn are good enough to be in any of the leading bands in the genre, and the drumming of Thomas Kalksma is simply fantastic! Hear him butchering the double bass on a track like “Sword-carved Skin” and you know what I mean. There are also guest vocal appearances of Jorre Jansen and the vocalist of other underground act M90s Daniel Nak, as well as of George Oostoek of ORPHANAGE.
The album was recorded in Excess Studio in Rotterdam, which is known for its high quality productions, one of which “An Epic Defiance” can now be called as well. Add some eye-candy artwork of Niklas Sundin, and the whole package is complete.
“An Epic Defiance”, “Sword-carved Skin”, “Forever Buried Pain”, “Deserving Death”, “Voices Beyond Reason”, “Starve” you name the song, They’re one by one fantastic pieces of melodic Death/Thrash Metal. I really can’t mention a bad thing about “An Epic Defiance” or the band DETONATION, although of course its not 100% original (but certainly far from a clone of any band). This DETONATION album is downright brilliant melodic Death/Thrash Metal 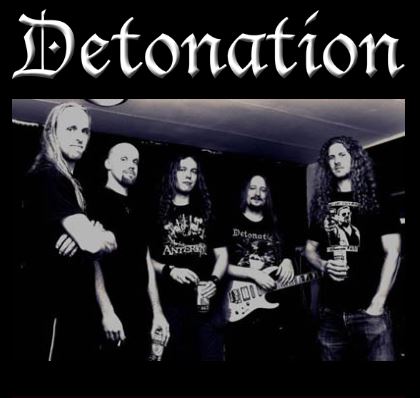