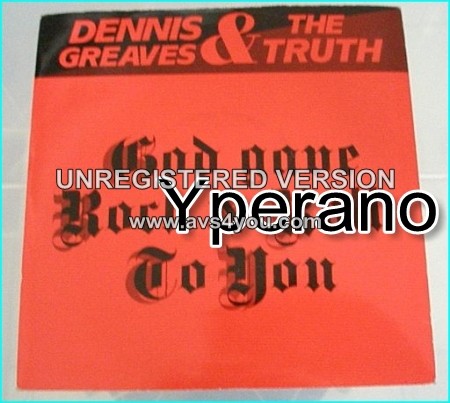 DENNIS GREAVES & THE TRUTH God Gave Rock & Roll To You (1987 UK IRS label 2-track 7″ vinyl single featuring a covering version of the Argent song written by Russ Ballard, plus Come On Rock To Me, red & black picture sleeve EIRS119). This is actually the only A.O.R. release the band did. This is good A.O.R. with some rock pop touches.British band with little or almost none reputation in their country. A must have for any self-respected aor fan. Very Nice A.O.R., excellent production, well-written. 8.8/10

“God Gave Rock and Roll to You” is a 1973 released song by British band Argent. It was recorded in 1971 during the sessions for their album All Together Now, but originally did not appear until 1973s In the Deep. It has been covered by many artists, including Petra, Midtown, The Truth, and Bride. The song was remade by Kiss as “God Gave Rock ‘n’ Roll to You II” for the film Bill & Teds Bogus Journey in 1991. It was later covered by Unrest.

Be the first to review “DENNIS GREAVES & THE TRUTH: God gave Rock & roll To You 7″ Check videos” Cancel reply 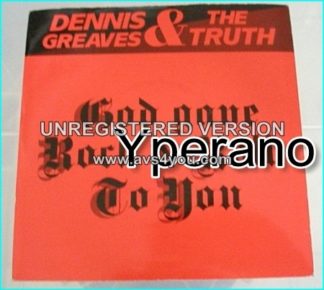