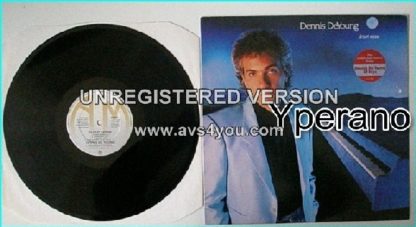 5.0 out of 5 stars Old AOR album but still great listening.
If you’re into AOR then make this part of you collection. “Don’t wait for heroes” was and is still relevant. Fire was a great cover and the rest brilliantly written with catchy chorus and tags. Great stuff.

5.0 out of 5 stars For any Styx fan,
As the frontman for Styx, Dennis DeYoung produces a solo album of original quality with the title track being the pick of the bunch. A must have for any Styx fan.

Desert Moon, generated a top 10 hit, “Desert Moon”, and the follow-up single, “Don’t Wait for Heroes”, cracked the Billboard Top 100 as well. Desert Moon was certified gold in Canada in 1984.

Track 2 is a duet with Rosemary Butler
Track 4 is a cover of the Jimi Hendrix track.

Desert Moon is the debut solo album from one-time Styx keyboard player/singer/songwriter Dennis DeYoung. It was released in 1984 by A&M Records.
The album reached #24 on the Billboard album charts in the fall of 1984. The albums biggest hit was its title cut which hit #10 on the Billboard singles chart.
The albums second single “Don’t Wait for Heroes” reached #83 and got MTV play.
“Desert Moon” was certified Gold in Canada.

Styx was only a year in the grave before lead singer Dennis DeYoung ventured out on his own with his solo debut, Desert Moon. The solo record does not represent a significant stylistic departure from Styxs brand of pop/rock, although the emphasis is heavier on the pop and not as heavy on the rock. DeYoung continues his gut-busting vocal strategy, belting notes that often do not require belting. The singer also supplies the keyboards, of which there are plenty — this is a mid-’80s record, after all. Tom Dziallo handles the wailing electric guitars and arranged the ill-advised cover of Jimi Hendrixs “Fire.” The album yielded a Top Ten hit in “Desert Moon,” which is a tolerable pop ballad. (The most memorable song on the album may also be its most annoying. A ’50s-flavored ode to life as an obnoxious teenage boy, “Boys Will Be Boys” is just a little too catchy for its own good. But in a record full of forgettable synth-pop, it almost comes as a relief). 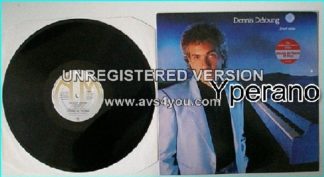