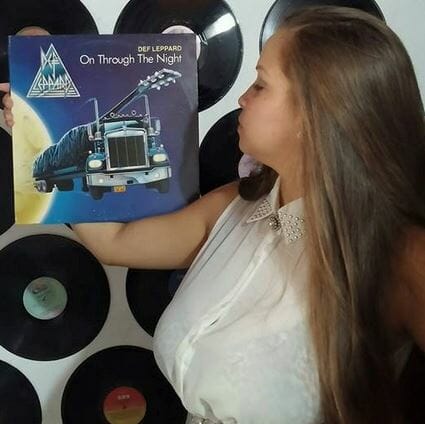 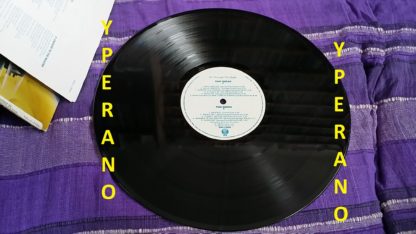 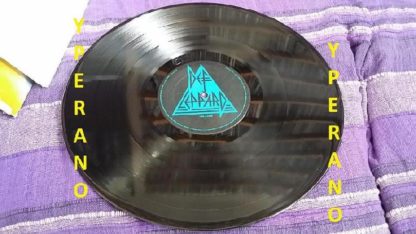 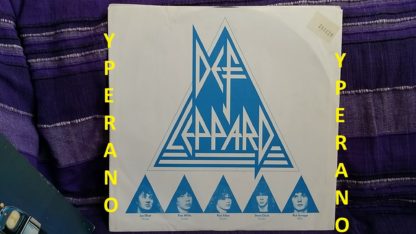 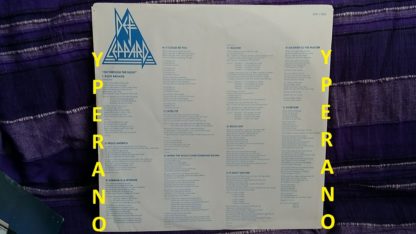 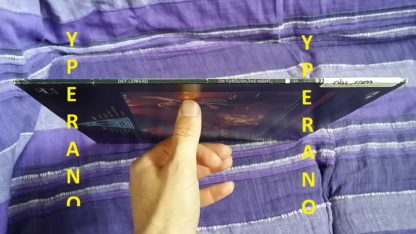 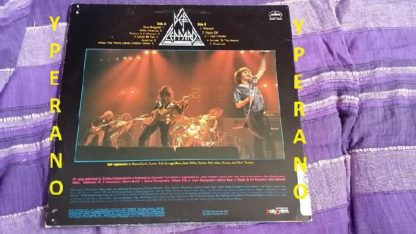 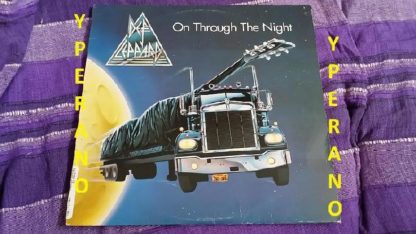 Barcode and Other Identifiers

Despite an average age of only 18, Def Leppard burst onto the heavy metal scene in 1980 like a group of seasoned veterans. “This band frequently transcends the mundane through sheer musical energy and playing ability,” wrote Jim Schwartz in Guitar Player. In a genre known for cliched riffs and monotonous beats, these heavy metal heads have created a sound of their own while becoming one of the top-selling groups in rock ‘n’ roll. Tragedy has plagued the group throughout its 20-plus year history, but the band continues to write and record, finding success with almost every release.

The groups five original members, Joe Elliott, Pete Willis, Steve Clark, Rick Savage, and Rick Allen, all lived in the steel-producing town of Sheffield, England. Before employment as a van driver, lead singer Elliott used to dream about forming a band in school, creating song lists, logos, and band names while others in his class were studying. “I figured out fairly early that I wasn’t gonna be a brain surgeon or a nuclear physicist,” he told Rolling Stone, “so I fantasized about rock and roll.”

Guitarist Willis was studying engineering at college when he met fellow axeman Clark. Already playing with Savage on bass in the band Atomic Mass, Willis asked Clark to sit in, and he soon joined the group. With the addition of Elliott and drummer Allen, they changed their name to Deaf Leppard and later dropped the a. In July of 1978 they made their debut at Westfield School in Sheffield earning a grand total of $12.00. With a twin guitar assault reminiscent of Wishbone Ash, they began gigging in bars with a repertoire that included 50 percent of their own originals. “We always thought our songs would be good enough to get us by,” Allen told John Swenson in Rolling Stone.

Britain experienced a new wave of heavy metal as the 1980s rolled in, and Def Leppard was in a prime position to cash in. They recorded a privately made EP, Getcha Rocks Off, which sold out its initial 24,000 copies. AC/DC manager Peter Mensch picked up the group and convinced Polygram to sign them to a deal. In 1980 the chart breaking On Through the Night was released, climbing all the way to number 51 in the United States. “We actually wrote the first album nine months before ever playing a live concert,” Willis told Guitar Player. “We wanted to do it right from the start and be polished.” Songs like “Rock Brigade,” “Hello America,” “When the Walls Come Tumbling Down,” “Overture,” “Sorrow is a Woman,” and “Wasted” were recorded in just 18 days and made for a remarkably strong outing. “Displaying a wisdom beyond their years, Def Leppard take the timeworn basics of heavy metal, give them a punky Eighties overhaul and come up with, uh, heavy melody,” stated David Fricke in Rolling Stone. “On Through the Night is awfully impressive for a band making its vinyl debut.” The band then toured the United Kingdom opening for Sammy Haggar and AC/DC before coming Stateside to warm up audiences for Ted Nugent.

———————————————————
As we all know, Def Leppard became HUGE in the 80s. They were one of the few NWOBHM to break out of the scene and onto the world stage. Even when they were mixed up with the NWOBHM, great things were expected of them. On Through The Night was Def Leppards first full-length LP (and an album that Def Leppard pretty much ignores nowadays). The first two tracks, Rock Brigade and Hello America are bright and shiny rockers. The guys were essentially putting the world on notice that they were headed for the bright lights. My favorite track on On Through The Night is the seven minute plus epic closer Overture. It is a bit of a departure compared to the rest of the album, and in the Def Leppard catalog it stands out in stark contrast to anything else they would ever do. Overture is a magnificent gem to behold and easily one of my top selections from good ol 1980!

Singles from On Through the Night
“Getcha Rocks Off” Released: September 1979 (UK only)
“Wasted/Hello America” Released: 17 November 1979 (Europe only)
“Hello America/Good Morning Freedom” Released: February 1980
“Rock Brigade/When the Walls Came Tumbling Down” Released: May 1980 (US only)

On Through the Night is the debut album by English rock band Def Leppard, released in 1980. The album was produced by Tom Allom. It charted at No. 15 on the UK Albums Chart and No. 51 on the Billboard 200. The album features re-recorded versions of “Rocks Off” and “Overture”, tracks from the band’s original independently released EP, The Def Leppard E.P. Other tracks are re-recorded versions of early demos, some of which appeared on the First Strike and Warchild bootlegs. The album was certified gold by the RIAA on November 18, 1983 and platinum on 9 May 1989.

The spoken word intro to “When the Walls Came Tumbling Down” was performed by Dave Cousins of Strawbs fame, although Joe Elliott had done the spoken portion in earlier live performances and demo recordings that showed up on some early bootlegs. In his biography, Cousins claims that he did his best Lawrence Olivier impersonation for the song’s intro.

The album received mostly positive reviews. AllMusic‘s Steve Huey noted that On Through the Night “established the band as one of the leading lights of the New Wave of British Heavy Metal.” Although he stated that “it may lack the detailed production and more pop-oriented songwriting of later efforts, (…) some Leppard fans prefer this sound.” Canadian journalist Martin Popoff praised the album for being “one of the most polished and savvy of the NWOBHM”, evoking the sound of “acts like Thin Lizzy, UFO, even Queen and Mott the Hoople.” For him, On Through the Night was “a welcome breath of fresh air” among the dark, “thrashy” and “punky” music coming from the UK at the time Rolling Stone‘s David Fricke reviewed the album favourably on the same wavelength, explaining that it “shows they not only respect their elders, they’ve taken cues from their New Wave peers, too.” He also stated that “guitarists Pete Willis and Steve Clark shoot from the hip, packing their licks into tight, three-minute pop arrangements”, and that lead singer Joe Elliot “wails wonderfully in a resonating tenor, fortified by backup harmonies and Tom Allom’s battering-ram production.” He concluded that the band “displays a wisdom beyond their years” in mixing melody and heaviness, coming up with an album that “is awfully impressive for a band making its vinyl debut.”Sputnikmusic staff review noted that the “middle-class common-man image” of the “New Wave of British Heavy Metal” movement “partially played a part in making Def Leppard one of [its] leaders”. He also stated that the band’s ambition “would never allow [them] to be tunnel-visioned”, but he concluded that On Through the Night “can be categorized as a grower of an album since the more superficial elements that would appeal to the mainstream will initially distract some listeners from what is actually an incredibly tight musical and vocal performance.”

Most of the songs on the album were dropped from the band’s live set lists after 1983, although they would see periodic revivals after 2000. 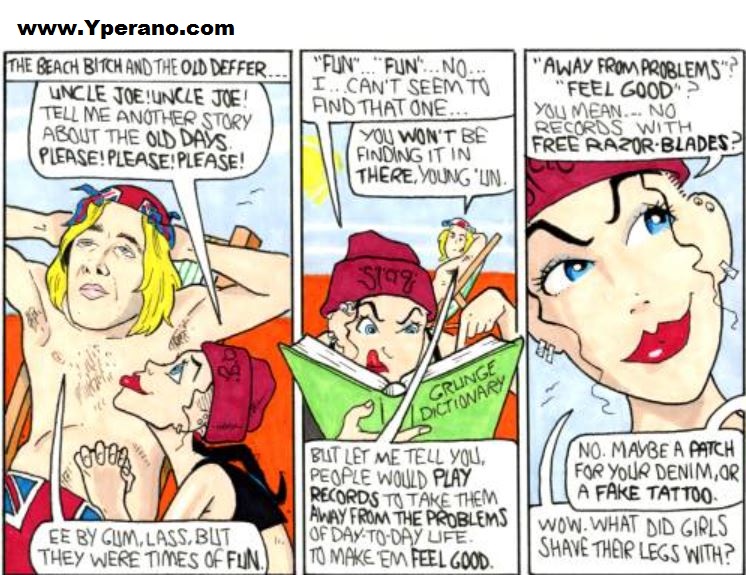 Be the first to review “DEF LEPPARD: On Through The Night LP 1980 Canadian pressing. Check videos” Cancel reply 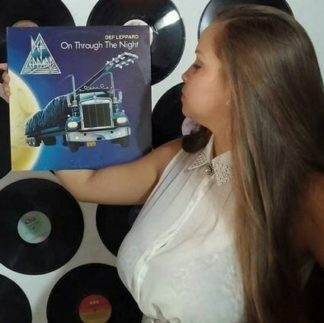 You're viewing: DEF LEPPARD: On Through The Night LP 1980 Canadian pressing. Check videos £11.99
Add to basket