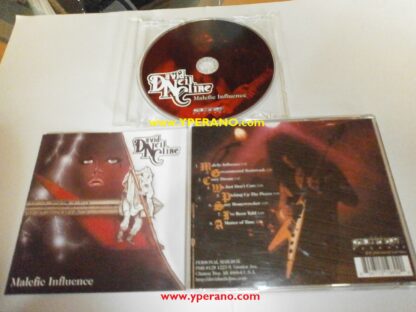 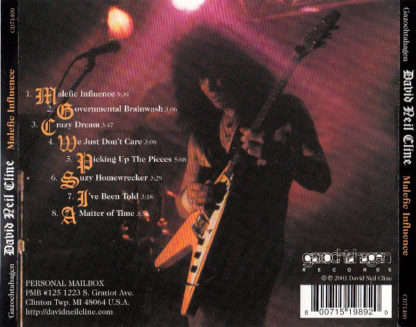 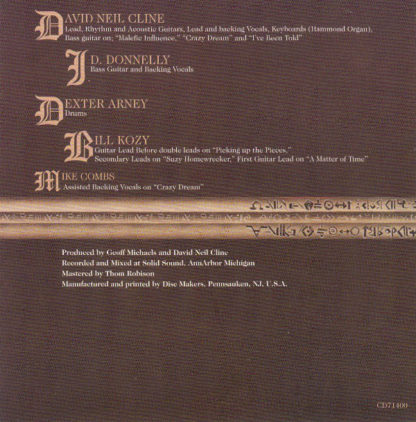 Imagine Iron Maiden and Deep Purple doing an album together. Or Yngwie Malmsteen joining Metallica… Or Gene Simmons of Kiss with Black Sabbath… If you are into Dio, Deep Purple, Michael Schenker, Uli Jon Roth, The Scorpions, David Chastain, Savatage, old Rush, Nazareth, Steve Vai, Fates Warning, Montrose so is David Neil Cline and these influences shine through this album. This album goes places that newer CD’s don’t. This guy is a great guitar player too. One thing about Cline is his ability to achieve that bigger than life, timeless production that has far less of a technical sound, but one that breathes effortlessly. Check all SAMPLES (the actual CD sounds even better!):   http://chirb.it/MD6fH3  OR  https://vocaroo.com/i/s01XD5hZO8Dd 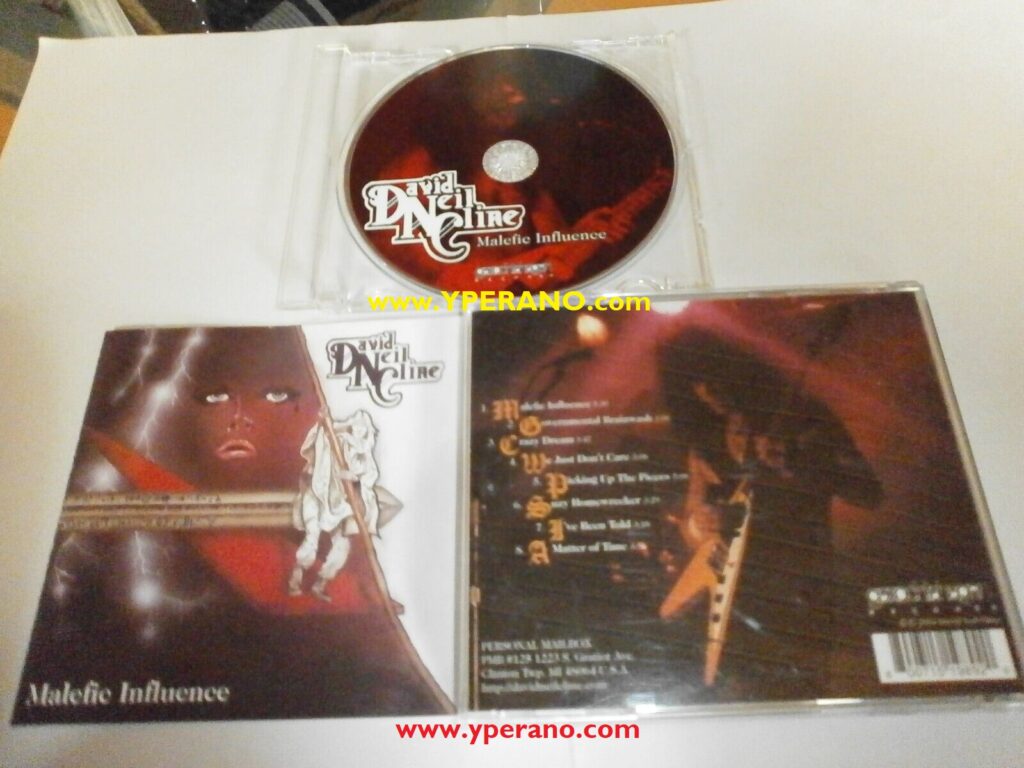 David’s music is much more melodic and catchy in comparison to the debut thanks to him among others. The music recorded on “”Malefic Influence”” is spontaneous, rhythmical, wild at some moments, and also more subdued another time. There are many melodic enough and complex solos and dynamic lead guitar parts. A classic sound of Hammond organs calls a great wizard of this instrument – Jon Lord of Deep Purple.

“”Malefic Influence”” is a considerable progress in relation to the debut. David’s guitar manner reminds me of George Lynch and Nikolo Kotzev. Yes, his second album WILL be liked by fans who love American hard rock music from the eighties and such bands like Dokken, Motley Crue and Skid Row. David Neil Cline is a charismatic vocalist and the guitar virtuoso in one! 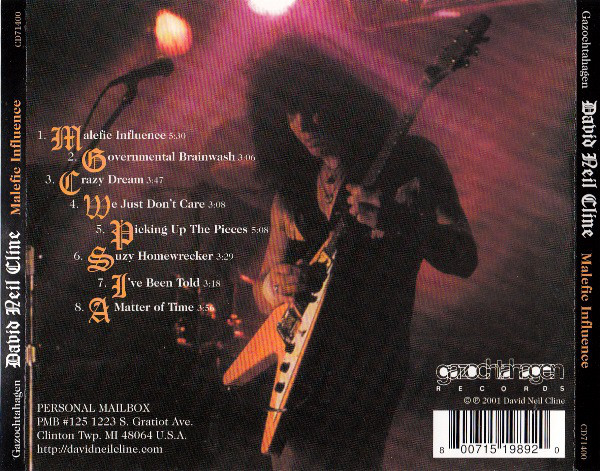 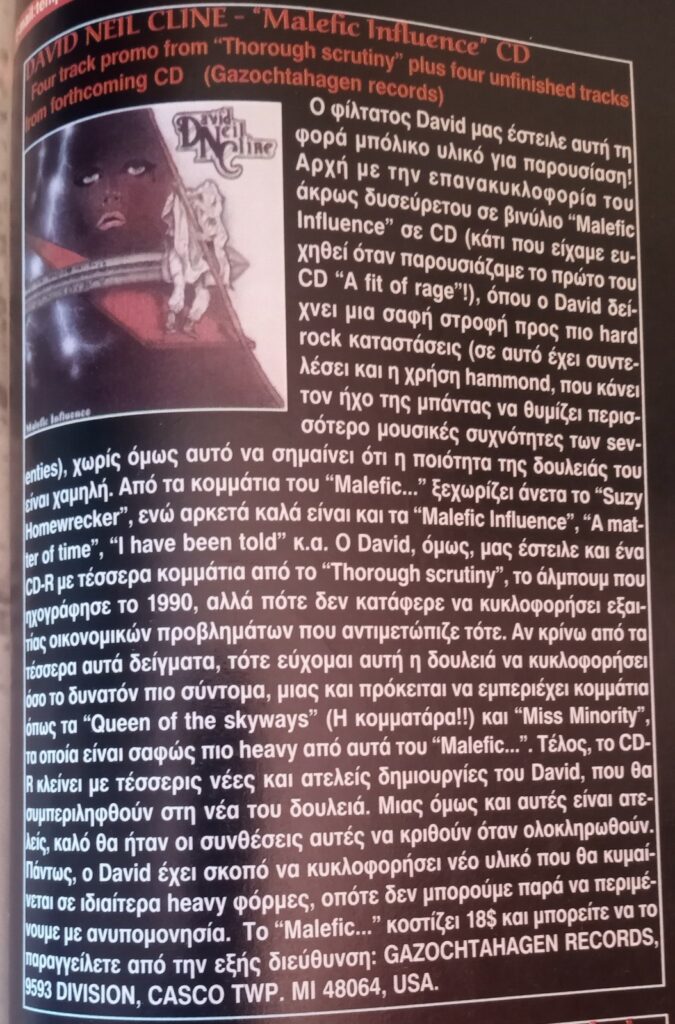 The re-release of the extremely hard-to-find “Malefic Influence” on CD (something we wished for when we were presenting his first CD “A fit of rage”!), where David shows a clear shift towards more hard rock (the use of hammond organ has also contributed to this, which makes the band’s sound more reminiscent of musical frequencies of the seventies). From the tracks of the “Malefic” album, ” “Suzy | Homewrecker” easily stands out, while “Malefic Influence”, “A matter of time”, “I have been told”, etc. are also quite good. “Malefic…” costs $18 and can be ordered from: GAZOCHTAHAGEN RECORDS, 3593 DIVISION, CASCO TWP. MI 48064, USA.

Be the first to review “David Neil CLINE: Malefic Influence CD 1989. CHECK 8 AUDIO SAMPLES and 2 videos. Between US Heavy Metal and US Hard Rock.” Cancel reply 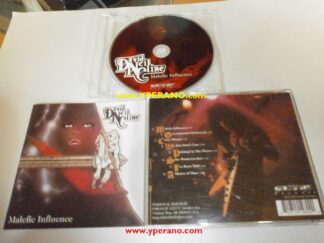