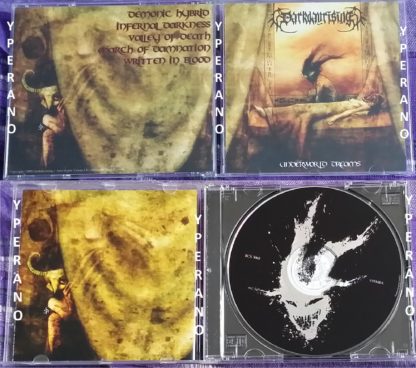 If I tell you this little gem didn’t go into my stereo just for reviewing, but for original listening pleasure, do you believe when I say that Darkdayrising is one of the most promising death/thrash acts of the moment?
Opening the booklet (with amazing artwork!) gives quite a shock when listening to the music at the same time. The guys look like a schoolband playing skatepunk, but thankfully looks can be very deceiving. After a history of more than 50 gigs in the hardcore scene, they shifted totally and exclusively towards death/thrash metal with blackmetal vocals. Actually, their past of hardcore isn’t audible at all!
The CD, lasting just over 20 minutes, opens with an introduction with atmospheric and dark keyboards, that reminds me of the music of the movie Gladiator. Very, very dark. A good intro, since the music itself is dark, outrageously aggressive and oozes quality all over. The songwriting and riffing are extremely powerful. The songs are diverse and have an energy that is very contagious. As said, the guitars, the riffs and the songs are very good. But the vocals, they’re in a league totally of their own! The aggressive and powerful blackmetal screams are just as easily (and often) replaced by heavy and low grunts, sounding foul and adding up to the aggression and power of the music.
The sound quality is pretty good. All instruments have been mixed very clearly.
Darkdayrising have convinced me of their capabilities. BUY! 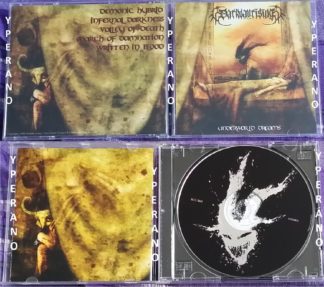