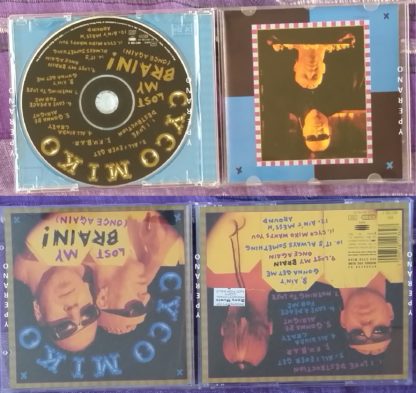 Lost My Brain! (Once Again) is the first of two solo albums from Mike “Cyco Miko” Muir lead singer of Suicidal Tendencies and Infectious Grooves. It was released in January, 1996 on the Epic Records label.
Musically, it is more akin to the hardcore punk of Suicidal Tendencies albums to come namely Freedumb in 1999 rather than of old, and certainly unlike the funk metal of Infectious Grooves, in spite of the fact that many of the musicians performed for both bands. The title track later appeared, with changed lyrics, under the name “Big Fat Baby” on the Suicidal Records compilation, Friends & Family, Vol. 1 in 1997.

Suicidal style hardcore.
Great album. If you like Suicidal Tendencies by all means pick this up. Cyco Miko is none other than Mike Muir lead throat from Suicidal Tendencies. This album will be well received by people who like their first album. This is more of a hybrid of the first album and the later more Metal sound. By the way, this CD features Steve Jones of the Sex Pistols on guitars for many of the tracks. Gone is the metal soloing of Rocky George, this is more straight ahead punk/hardcore. Great drums. Great crazy lyrics we have all come to love from Mike. With titles like “I love destruction” and F.U.B.A.R.” this cd delivers classic Muir anger and rebellion. Highly recomended. Great sense of fun also. A lot like the first Suicidal album. Hey its way better than Blink 182 or Green Day. Take that to the bank. 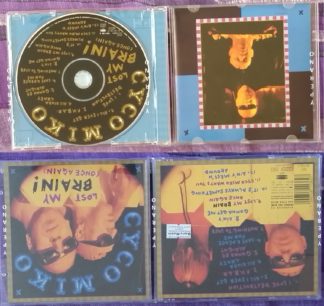