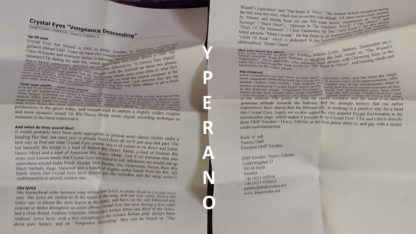 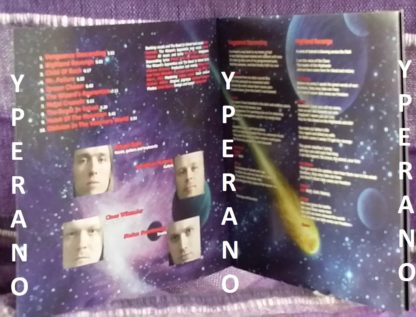 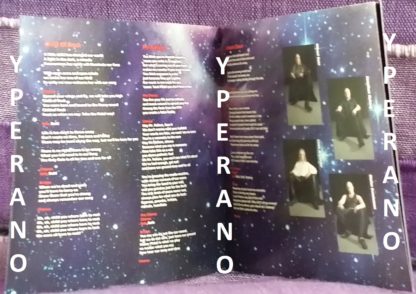 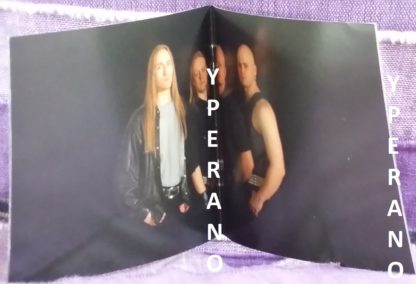 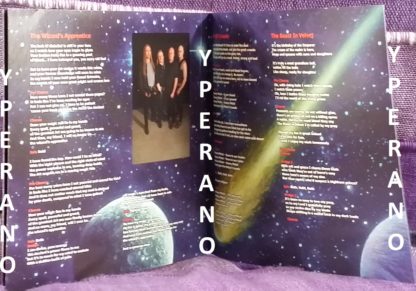 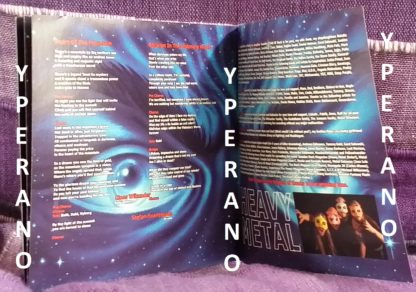 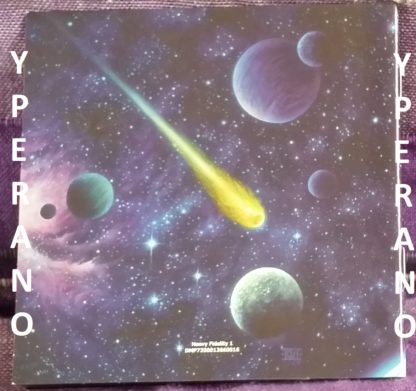 Basically the recipe is a load of British 80s Heavy Metal, a load of German 80s Heavy Metal and a load of American 80s Heavy Metal. Translated into some well known bands that Crystal Eyes are proud to call influences we would end up somewhere around Judas Priest, Accept, Iron Maiden, Dio, Helloween, Saxon, Riot, 80s Black Sabbath, Rage, Manowar, Running Wild and a bunch of slightly softer bands from the 80s.

Talk about surprises, this is such a good CD, that no matter how many times I listen to this, the more I’m convinced. This album is able to grab you by your balls right from the start and never let them go, believe me! This is probably the best Heavy Metal album I’ve ever heard so far, and I’m not even a fanatic of the genre like many of you are, I’m sure. I’m talking about a Swedish band called Crystal Eyes, whom I’ve never heard of until now by the way, but surely a name that I won’t forget!
Crystal Eyes were formed back in 1992, and I get the feeling that they will go places, its just a matter of getting this album out there. Each song has something special, I keep forgeting which one is better simply because they are all so damn good. Take my word for it, if you like melodic Heavy Metal, Power Metal, or anything melodic for that matter, Crystal Eyes is definitely the band for you! I just realised that I could be here on and on babbling about how good this album is when what you should do is check out this band. The lyrics are also inspired.

The band plays Power Metal that is a combination of 80s British, German and American Metal. Not so focused on playing polished Metal that is being served to you today. This is a bit raw, but played very cleanly and packed with power. The title track starts things off just right. The song is what I would like to call mid-paced Power Metal. There is plenty of double bass drumming, but they don’t go at the speed of light. The guitars have plenty of crunch, but never go over the top. Mikaels vocals come off a little like Mike Kiske from old HELLOWEEN and the music sounds a bit like SCANNER. Many of you may not know that band, but they were a cool German Power Metal band back in the 80s. Highland Revenge continues with full force and perform everything just right.

Child Of Rock is slower than the first two tracks, but fear not because this isn’t a ballad. The guitars may slow down just a tad, but they are still packed with feeling and energy and when it comes time for the solo, Jonathan really soars through the sky and above. Dream Chaser is a really kick ass jam due to the galloping guitar riffs that open the song. They are vintage IRON MAIDEN, but they don’t rip them off or try to replicate their olden days. Its very original and catchy. The CD wraps up with a very nice ballad Oblivion In The Visionary World. There are acoustic guitars along with atmospheric vibes that are complimented very nicely by Mikes voice. This is a soothing song that ends the disc just right.

I know there are plenty of you who are old school Power Metal fans who are fed up with the over slick and Hollywood production of many bands today. The band scales back to when things were simpler in the 80s and their main focus was the music and sometimes its a good thing. Each track boasts a lot of power and energy and never gets boring. There is nothing over the top, but when the guitars do come in for a solo, damn do they make your ears stand up. The band does everything just right here and this CD should start making the rounds. I know there are a lot of people who are sick of the RHAPSODYs, Lucas and Dream Theaters of the world. If you are in need for a change of pace in the Power Metal scene, then feel free to snatch this up.