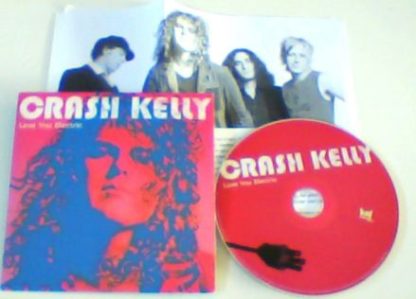 Wham, Bam, Thank You Glam! Boogie Rock for the Children of the Revolution, with a touch of the early 80s Sunset Strip.

There was a magical time in music where one could turn on their favourite FM radio station and be rewarded for their efforts with a stream of truly classic rock n’ roll. The sounds of T-Rex melding into Thin Lizzy, the Alice Cooper Group played back to back against a Cheap Trick album track….. The ’70s era of rock n’ roll was a time when the purchase of an album was a sacred rite of passage, attending a concert equivalent to a mass religious experience, when the image and art of the rock n’ roll performer merged as one. CRASH KELLY wants to take you back… Ladies and gentlemen, please adjust your Hi-Fi players for the next rock n’ roll transmission. Crash Kelly is the soul-child of Sean Kelly, a Toronto session musician who has toured and recorded with some of the biggest names in Canadian music. After years of playing sideman to various and sundry artists, the Rock n’ Roll animal in Sean could no longer be contained. In 2002, Crash Kelly was born…..Crash Kelly comes by its’ influences honestly. Weaned on Aerosmith, the Rolling Stones, KISS and T-Rex, Sean quickly fell under the spell of the sound of twin guitars, slamming glam-rock beats and performance based rock n’ roll courtesy of his older sisters record collection. ….Being a child of the 80s, Sean was able to separate the wheat from the chaff of the hard rock artists of the famed Sunset Strip. Early Motley Crue and Hanoi Rocks are considered essential listening in the Kelly household. Its the combination of these influences filtered through the classic ’70s structure and sound that forms the foundation for Crash Kelly. Crash Kelly’s debut album, “Penny Pills” was co-produced by Sean and “KILLER” KY ANTO. Ky’s production expertise and a shared love of classic production styles resulted in an album that honestly represents the spirit of hook filled, swaggering rock n’ roll…..The band knew that following up an album like the “glam classic in waiting” debut “Penny Pills” would be no easy task, what with the critical acclaim garnered from publications such as SPIN, THE VILLAGE VOICE and CLASSIC ROCK, but they knew what had to be done…..Crash Kelly headed to Los Angeles, where “Electric Satisfaction” was recorded and produced by none other than former Guns N’ Roses axe-slinger GILBY CLARKE. The City of Angels proved to be a fitting backdrop for Sean’s tales of faded glitter on the boulevard of broken dreams. Clarkes affinity for classic production techniques and Kelly’s penchant for crafting songs steeped in the tradition of ’70s power pop, glam and classic rock has resulted in an album that is guaranteed to “put the shock in your rock n roll.”….A finalist in GUITAR PLAYER magazines Guitar Hero 2005 competition, Sean puts his “’70s boogie on the 80s sunset strip” style of lead guitar to stellar use on “Electric Satisfaction.” ELECTRIC SATISFACTION and PENNY PILLS can be purchased from Maple Music if you ..Click Here.., and is also available in the iTunes Music Store. .. ….Tour Dates in the USA, Canada, The UK, Ireland, Holland, and Germany have resulted in a live show that is equal parts Madison Square Garden strut and swagger and CBGB’s frenetic energy. …. Crash Kelly’s 3rd release is entitled ….”One More Heart Attack”…… which is available now in the U.S. on ..Warrior Records… Kelly again teams up with Gilby Clarke, who produces half of the new album. To bring his latest musical vision to fruition, Sean has assembled what he considers to be the best Crash Kelly line-up to date. Long time band mate, Allister Thompson on bass, Gene Scarpelli on guitar, and Tim Timlech on drums all contribute stellar performances both on stage and recorded on One More Heart Attack. The CD also features Rudy Sarzo (Ozzy Osbourne/Quiet Riot/Whitesnake), Brian Tichy (Foreigner/Billy Idol), as well as song writing contributions from Pursuit of Happiness main-man Moe Berg. .. 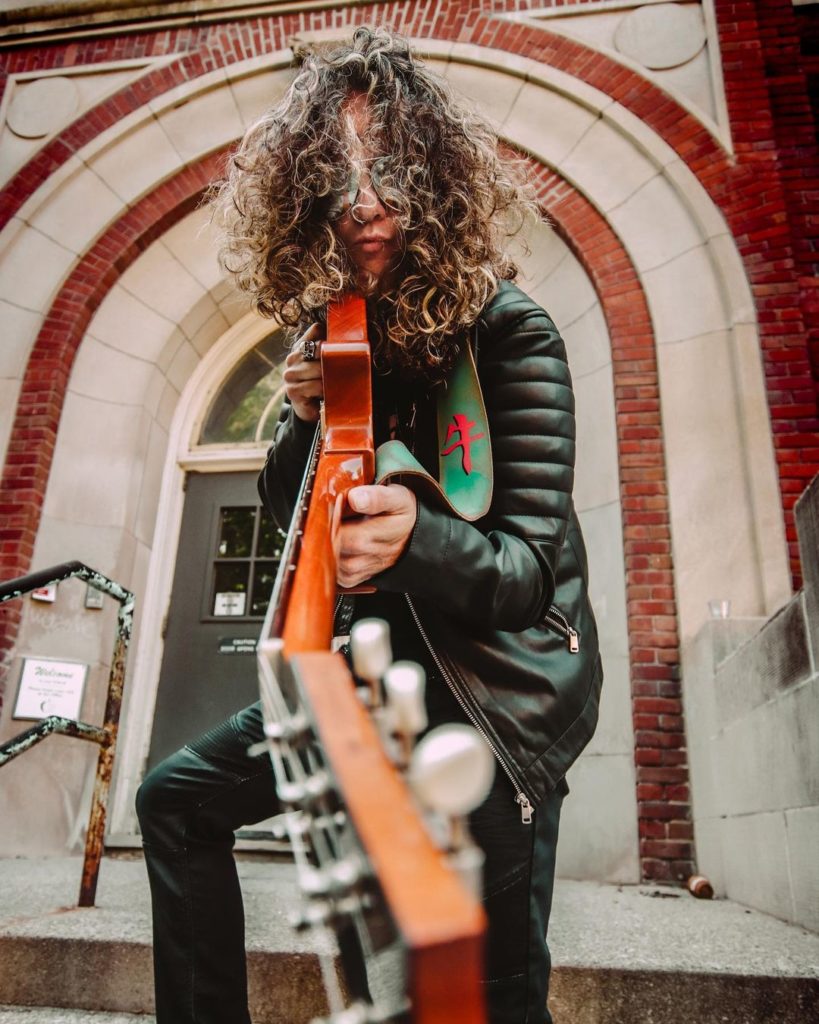 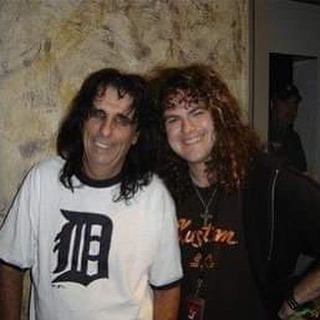 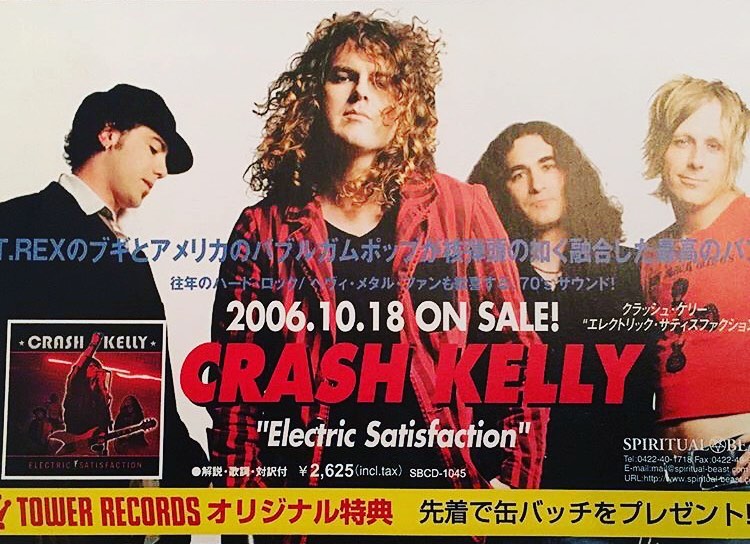 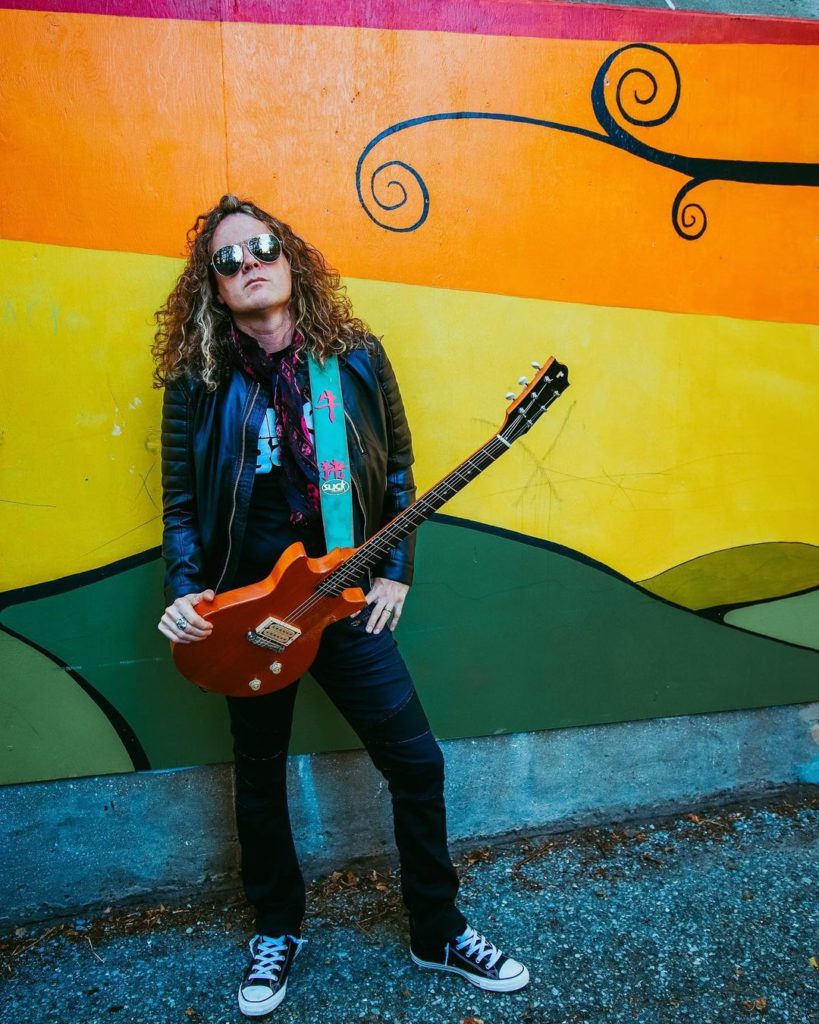 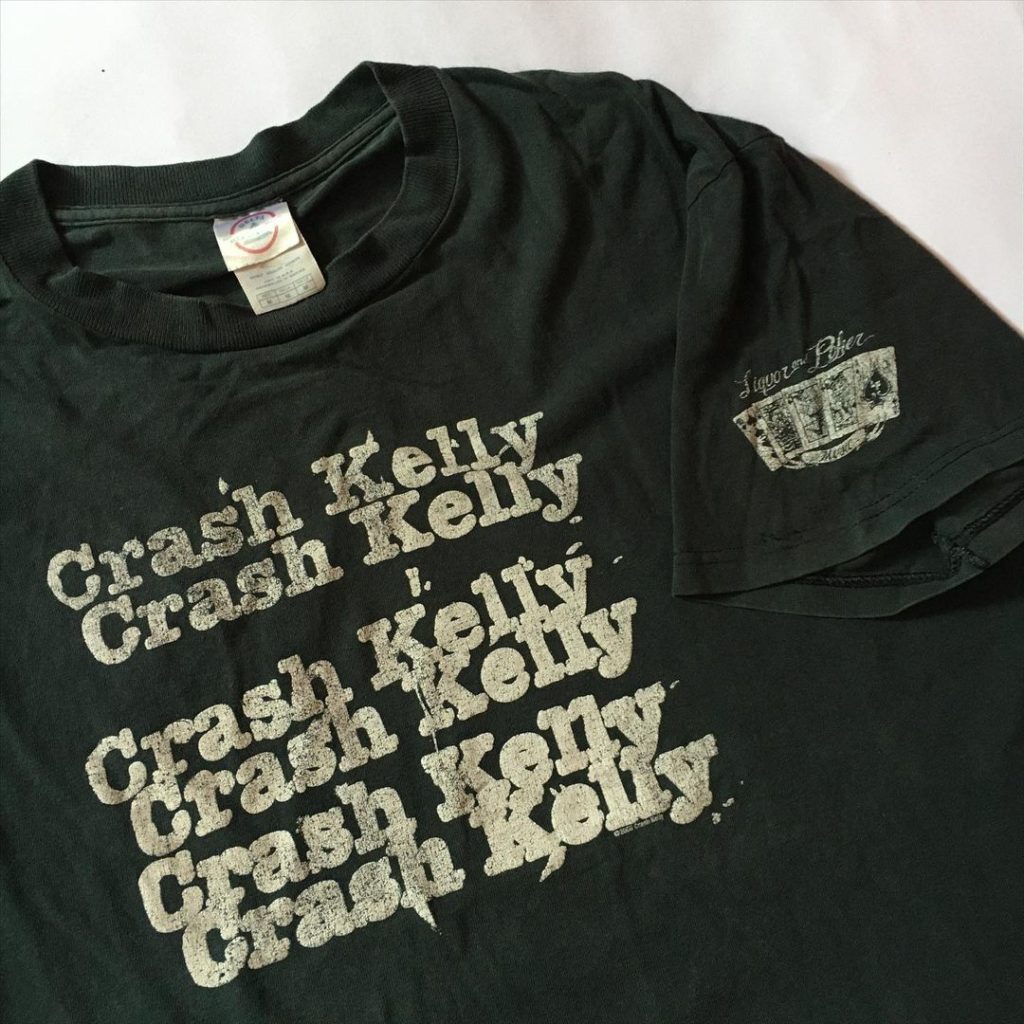 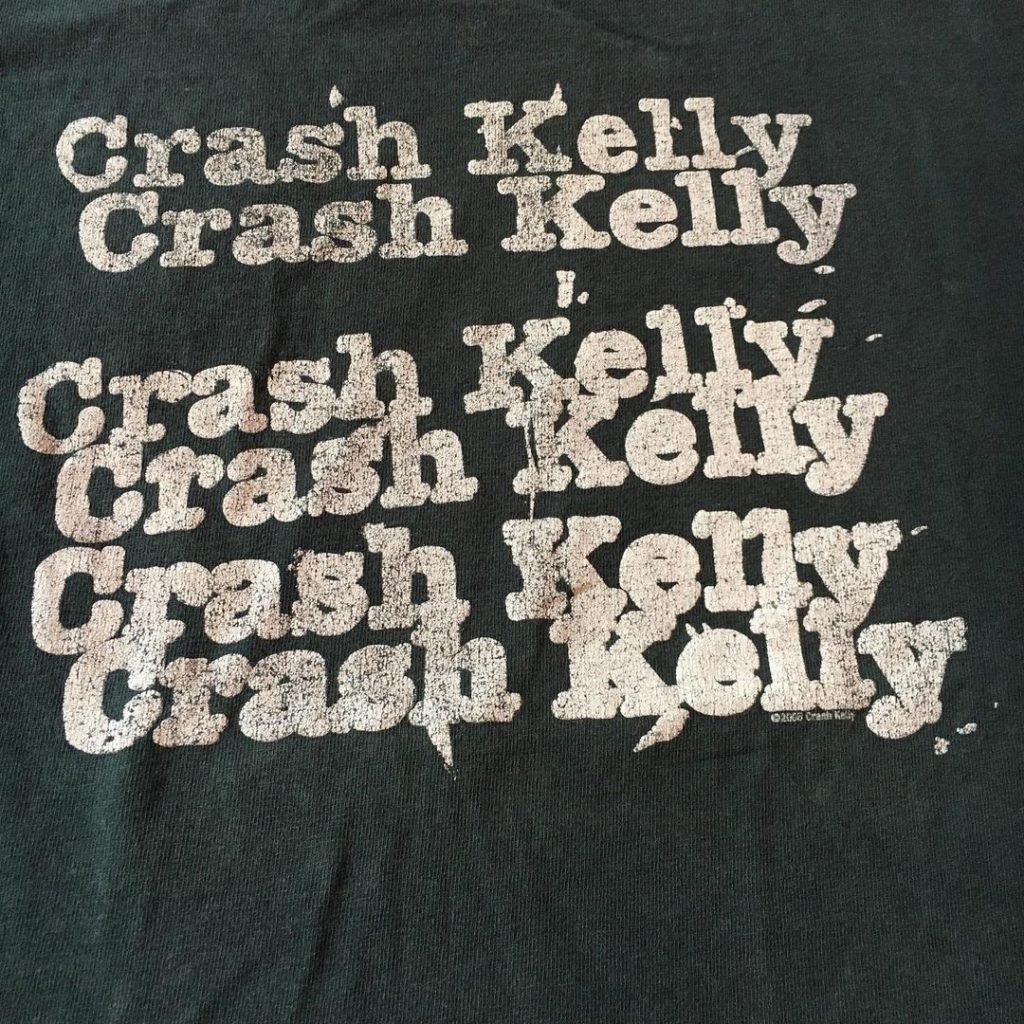 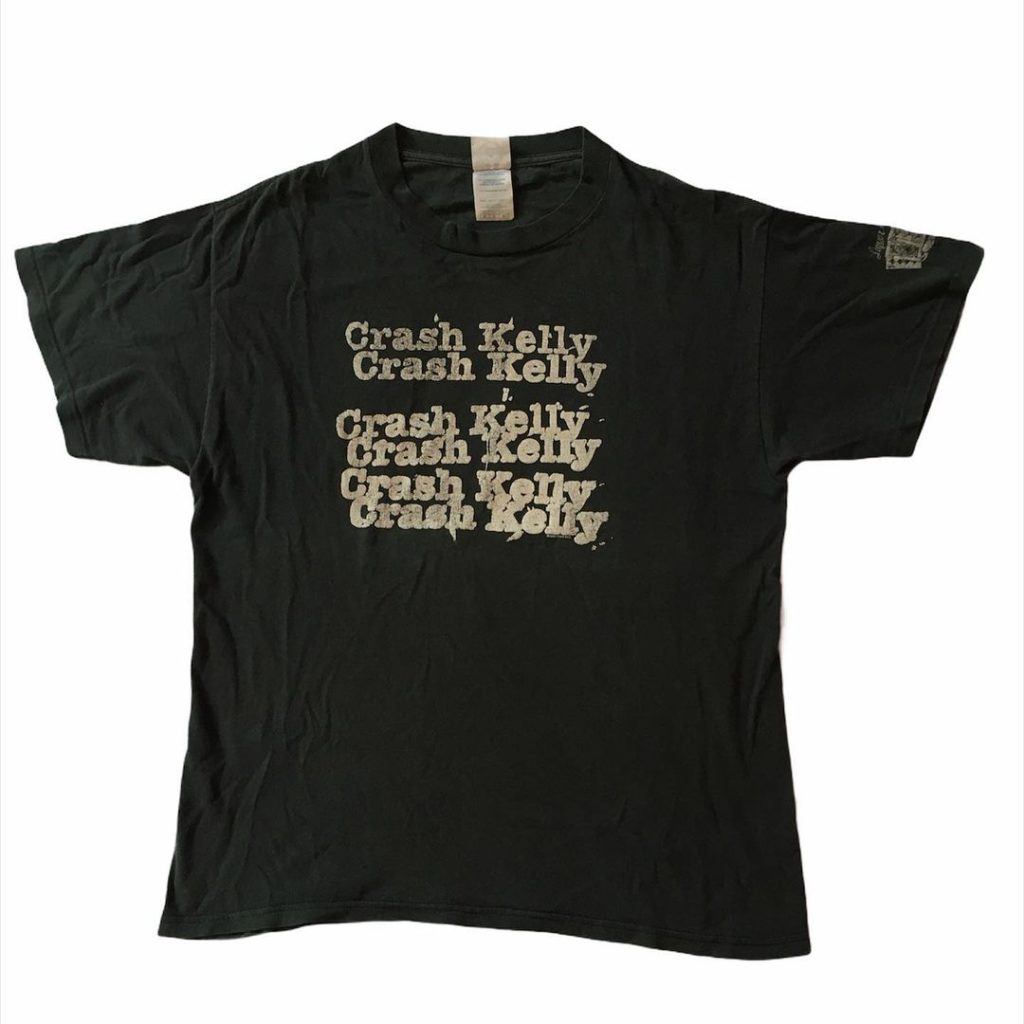 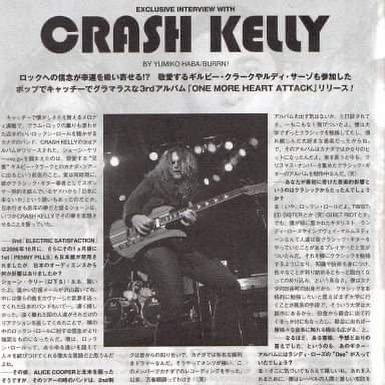 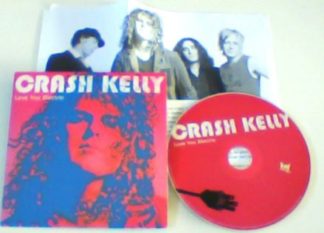