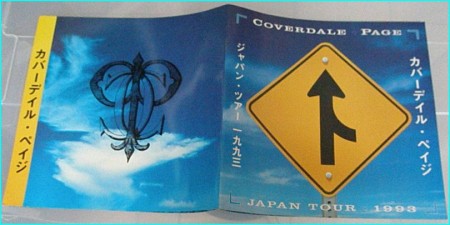 COVERDALE PAGE Japan Tour 1993 (Superb Japanese only 12″ x 12″ full colour tour programme featuring biography and some great photographs – they only toured in Japan so this is a rare and unique item for any collection. Beautiful MINT condition too!).

An audio description of what the  COVERDALE PAGE: Coverdale and Page 1993 album is all about. Listen: http://chirb.it/L1LgE4

Two months after Coverdale/Page’s LP hit shelves, Robert Plant released his solo album Fate of Nations. Critics were not impressed, and it peaked at Number 34, by far the worst showing of his solo career. He wound up opening up for Lenny Kravitz on the road.  He was unable to mask his disdain for Coverdale/Page when speaking to the media, labelling the project “David Cover-version.” It was right around this time he phoned up Page and began talking about the possibility of some sort of reunion. This immediately put the kibosh on the giant Coverdale/Page tour, and they wound up playing nothing more than a tiny run of shows in Japan that December. Here’s video of them playing “Black Dog” in Osaka. 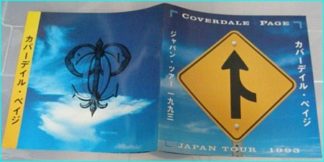