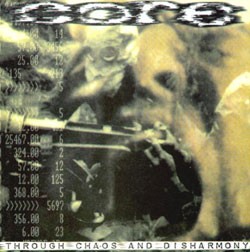 For fans of Sepultura

Harsh, grating, ultra-political Brazilian hardcore /thrash/ grind comes by way of Core, who, give the listener a good ass beating. Completely nihilistic from the first second to the last, this will remind you of the most aggressive and pounding Sepultura songs in existence. Core sound best when theyâ€™re playing at breakneck speed, but they do slow things down (without letting up on the pounding). When the lack of speed puts more emphasis on the riffs themselves Core hammer â€˜em out pretty good. William Fernandezâ€™ vocals are belted out at the top of his lungs in a brash, shouted style; something that works well for this. Bottom line: a completely aggravated assault of hardcore, thrash, and grind from the depths of Brazilâ€™s turmoil-infested society