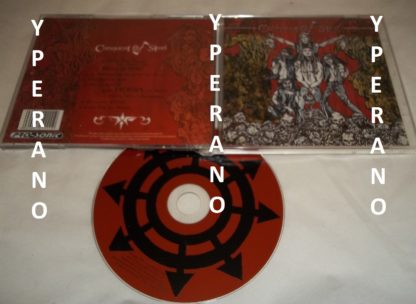 Conquest of Steel have been hailed as Britain’s finest heavy metal warriors, and not without due cause. Renowned for their manic live shows Conquest are a band that truly delivers on its promise of true heavy metal! Clad in denim and spikes these proud flag bearers of the UK metal scene continue to spill the blood of false pretenders, and they are well on their way to securing a place in the annals of heavy metal!

Conquest to Steal the Blood of Disbelievers – 94%

Conquest of Steel are the sort of band who wear their metal credentials on their sleeves, quite literally through about a few dozen patches on their jean jackets, but also through their lyrics. The common theme on this self-titled debut is simple: hail denim and leather, and hail the gods of heavy metal. It’s immediately obvious that Conquest of Steel are one of the proudest spiritual and musical successors of Ross the Boss-era Manowar. This is refreshing, since almost every other band imitating Manowar these days tries to emulate their more modern, polished and melodic works that are filling stages over on mainland Europe.

These Bradford, England-based musicians have all the dirt and grit in their straight-from-the-pub sound that make this album fun and inspiring like early Iron Maiden and Saxon releases always were. The drumming lacks precision and Dan Durrant’s vocals lack range – the one aspect that separates them from Manowar – but that’s exactly what most underground heavy metal in the early 80s sounded like. There’s so much energy and intensity that the music almost crosses over into speed or even thrash metal territory at times, notably in the songs “Bitch of Steel” and “Metal Witch,” and that’s one reason I could also compare this group to Anvil. If it’s not obvious by now, Conquest of Steel are not even remotely original, but simply very adept at mastering their art form.

A few other especially powerful cuts include “Only the Devil Can Stop Us Now,” “Hard Rockin’ Steel,” and the self-titled track. That last one in particular stands out for its epic and overwhelmingly emotional delivery, with Durrant lamenting his exile from civilization and vowing revenge. Suffering and bleeding profusely as he battles onward, he beseeches Lucifer to grant him victory, and for the metal gods to forever watch over him and keep him safe. This song highlights Conquest of Steel’s ability to use perfectly-composed vocal lines that march over the chords in the classic North American Power Metal style that has largely been lost in mainstream metal to the European styles that later developed in the genre.

Conquest of Steel manages to remain interesting and exciting all the way through, with unrelenting power. Maybe a couple tracks like “Summoning of the Gods (of War)” and “Can’t Stop the Metal” are merely average, but there’s nothing so subpar as to break the flow of the album. There’s something to be said about metal bands that try to be as metal as they possibly can, and manage to do so without sounding contrived or campy. Conquest of Steel are one of those bands, and the only possible criticism of this album is that there is little originality. Since when was originality a featured attraction in traditional heavy metal, though? Probably not since about 1983, and there’s a good reason for that. 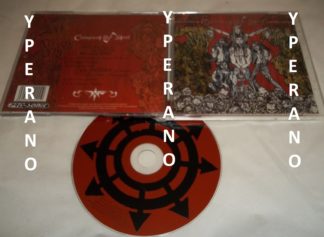