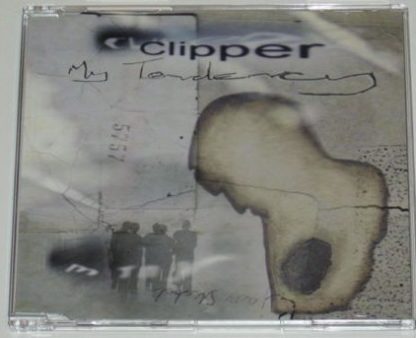 South Wales based heavy rock band. [Clipper are a Newport (Wales) band. Its five members grew up here, taking on influences from grunge. When the band worked with acclaimed producer Simon Dawson it was the grunge that he picked up on first. “He wanted to capture a grungy feel on the second two songs,” explains Matt. Clipper worked with the producer of Ozzy Osborne and The Stone Roses on their latest EP, My Tendency.

The first song – My Tendency – is less heavy than the two B-sides, showing the band has a softer side.
“”We chose it as a single because it’s quite nondescript in terms of its style,”” explains Matt. “”It’s not too heavy but is driven by the drums.”” Its catchy guitar riff is driven by some impressive drumming, which Matt uses as a fine backdrop for his Pearl Jam-like vocal theatrics.
“”My Tendency was almost an apology for over-reaction – male hormones – having a big mouth and offending people,”” admits Matt. The other songs show the heavier influences on the band, like Metallica, Guns N’ Roses, The Jam and Pearl Jam.

Track two – Gotta Say – starts with a bleak shuffle drawn from somewhere between Nirvana and The Cure.

Upload your music for free at ReverbNation.com

“”Gotta Say is an old song. It’s about people that try to keep you down and stop you going where you want to go.
“”How Do You Feel (the other B-side) is an old song re-recorded on the basis of tips from Simon Dawson.””

DareDream Records paid for Clipper to record the EP with Dawson in Rockfield Studios, Monmouthshire.
Dawson, who has also worked with Pulp, UB40 and T’Pau (wow!), was initially quite an intimidating prospect.
“”It was intimidating until we met him,”” says Matt. “”He was a pleasure to work with, so calm and professional.
“”We were concerned that our take on things would not get done, but everything he said we agreed with. He explained what to do.””
The CD was then mastered by Cut and Groove (the same company has also done CDs for Dido and U2) and manufactured by Linc Technologies, who have made CDs for David Bowie and Bjork. The artwork was done by Rebecca Nottley, a graphic design student from University College of Wales, Newport.

Email newsletters for bands at ReverbNation.com