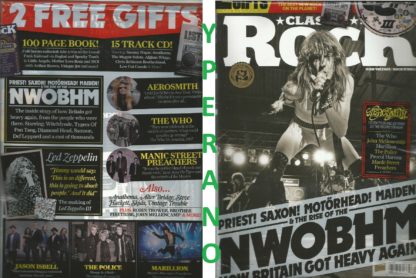 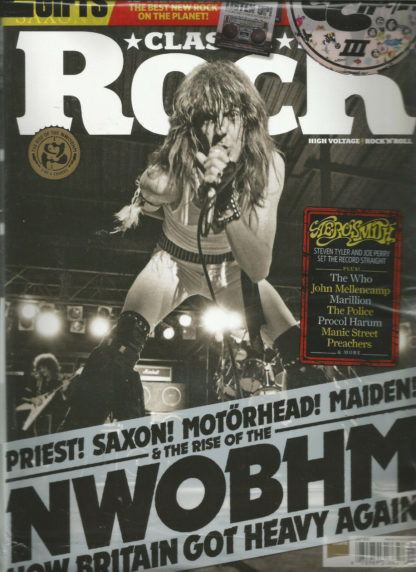 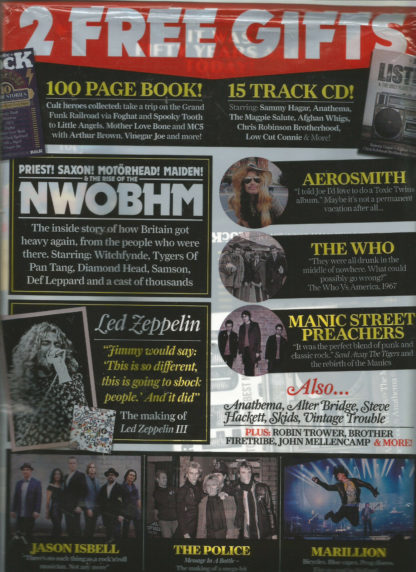 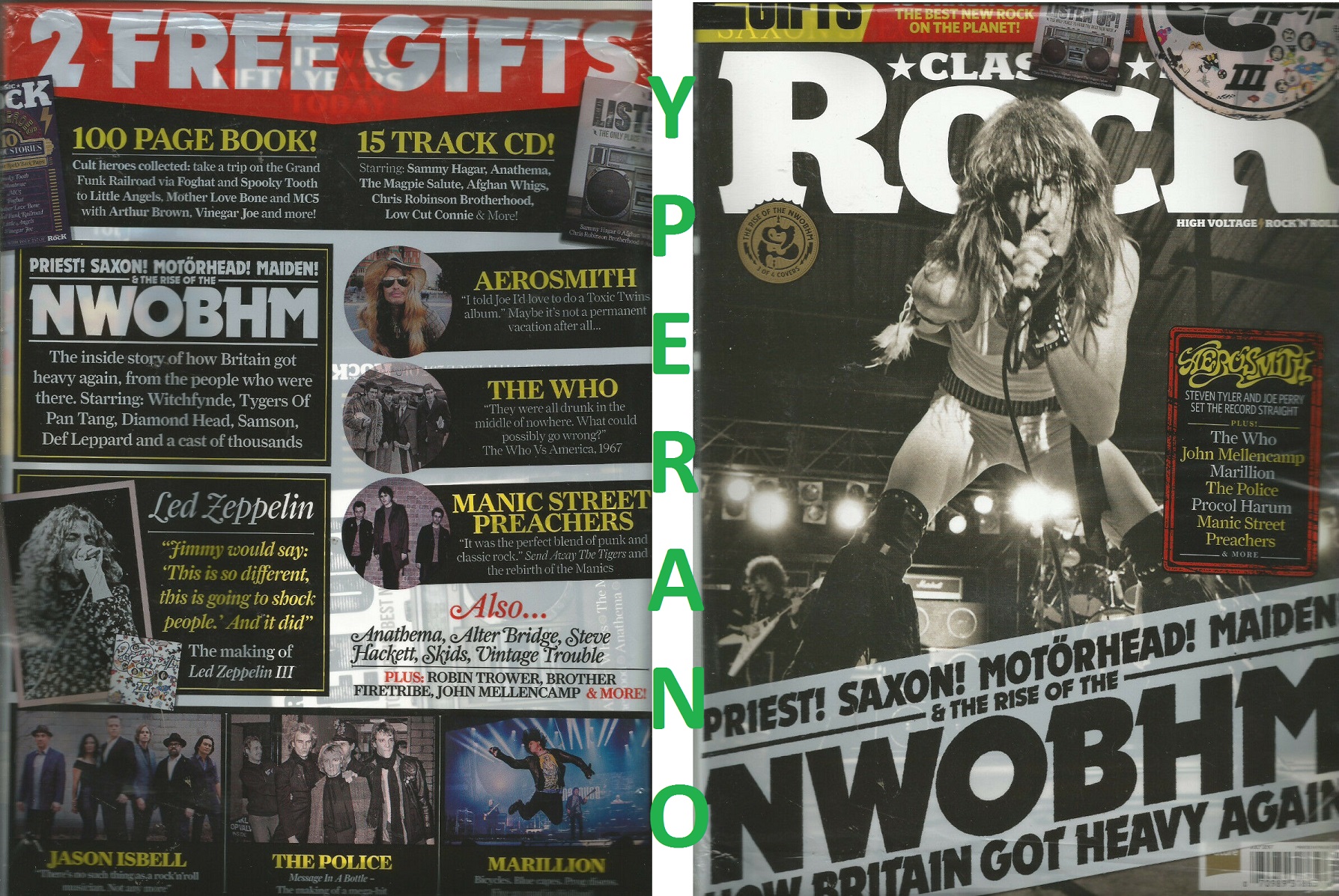 PLEASE NOTE: This issue of Classic Rock has a choice of different covers. This has Saxon on cover. The Birth Of NWOBHM. Classic Rock looks back at the seminal bands that made Britain heavy again; we look back at the rise of the NWOBHM, and how Judas Priest, Saxon, Motorhead and Iron Maiden came together to make Britain heavy again.
Steven Tyler and Joe Perry Set the Aerosmith record straight, while Manic Street Preachers look back at Send Away The Tigers 10 years on.
Plus, all the essential news and reviews from the world of rock. The heftiest rock reviews section on the planet; you’ll find over 150 albums reviewed, all from the ever-varied, multi-faceted world of rock – whether it’s hard rock or heavy metal, prog or punk, goth rock or southern rock. 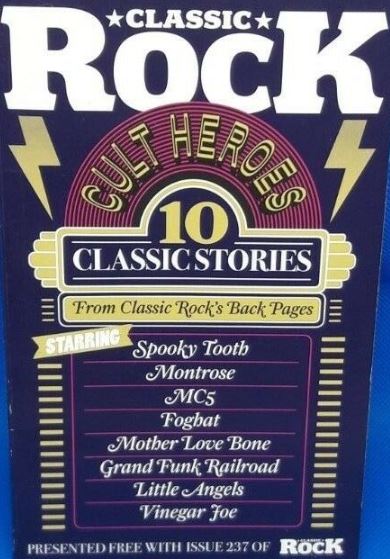 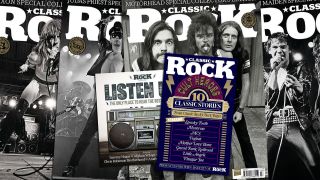 In the late 70s, rock music was given a steel-booted kick up the backside by a new breed of band. The New Wave Of British Heavy Metal would go on to rule Britannia – and the world. Classic Rock 237 tells the full, remarkable story, and there’s four different covers to choose from…

Aerosmith
As they prepare for shows that may or may not be their last, we catch up with Toxic Twins Steven Tyler and Joe Perry.

Led Zeppelin
Led Zeppelin III was panned by the critics and the fans didn’t get it. But was it actually their most important album?

Jason Isbell
We met the Drive-By Trucker-turned-countrified singer-songwriter, on the cusp of his most rock’n’roll solo album yet.

Marillion
A Dutch holiday camp full of devout Marillion fans, hanging out with Marillion themselves? What could go wrong?!

The Who
In 1967 they embarked on their first ever US tour. Cue madness, exploding toilets, stinking fish, cop chases…

Black Lips
The gonzoid punks have played some of rock’s most outrageous shows and been chased out of countries. Has the anarchy lessened over the years?

Manic Street Preachers
Ten years after its release, Bradfield and co. look back on the album that saved their career: Send Away The Tigers. 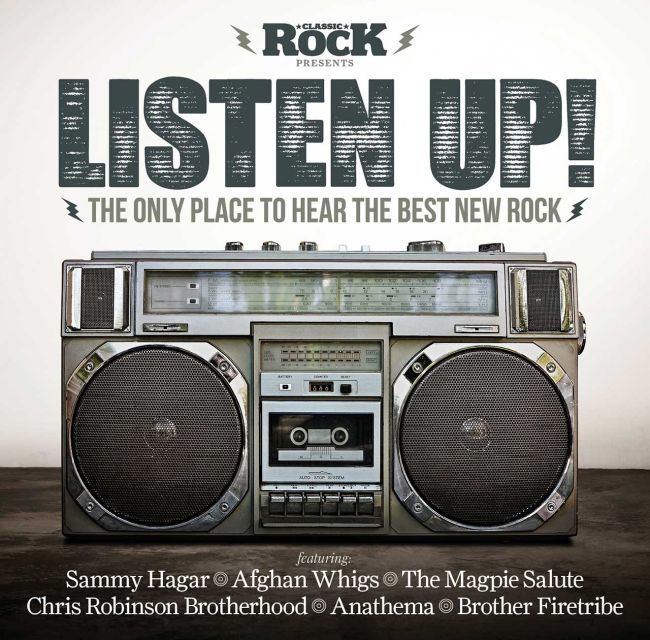 The Stories Behind The Songs: The Police
We take a look at the making of The Police’s mega-hit Message In A Bottle.

Buyer’s Guide: Robin Trower
Your essential guide to the impressive, sometimes overlooked back catalogue of ‘the white Hendrix’.

Heavy Load: John Mellencamp
The former Cougar on celebrity, hypocrisy and not giving a fuck about anything. 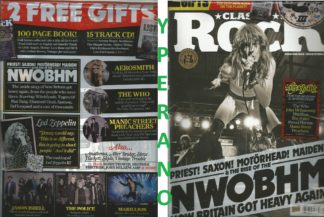