great album. lots of one word gang vocals and break downs. there a song written by Luke of Warzone, too. When they were together they were affiliated with H20 as well as the rest of the NY hardcore scene. the other album is less hardcore, and more commercial sounding, this is the one to get.
CIV was a band from New York City. The band is named after its vocalist, Anthony Civarelli. Three of the band members (Civarelli, Smilios and Schreifels) were members of Gorilla Biscuits. Band member Siegler played in other hardcore bands, including Youth Of Today, Judge and Gorilla Biscuits.

After the break-up of Gorilla Biscuits, Civarelli opened a tattoo parlor on Long Island. After the band Quicksand had signed to a major label, Schreifels re-united a late version of his former band, wrote a record and produced it, resulting in Set Your Goals.

The album is best known for the hit single “”Can’t Wait One Minute More””. It is widely known that while listed as co-producer in the inlay, Walter Schreifels was actually the main songwriter for the album (despite not being a member of the band). 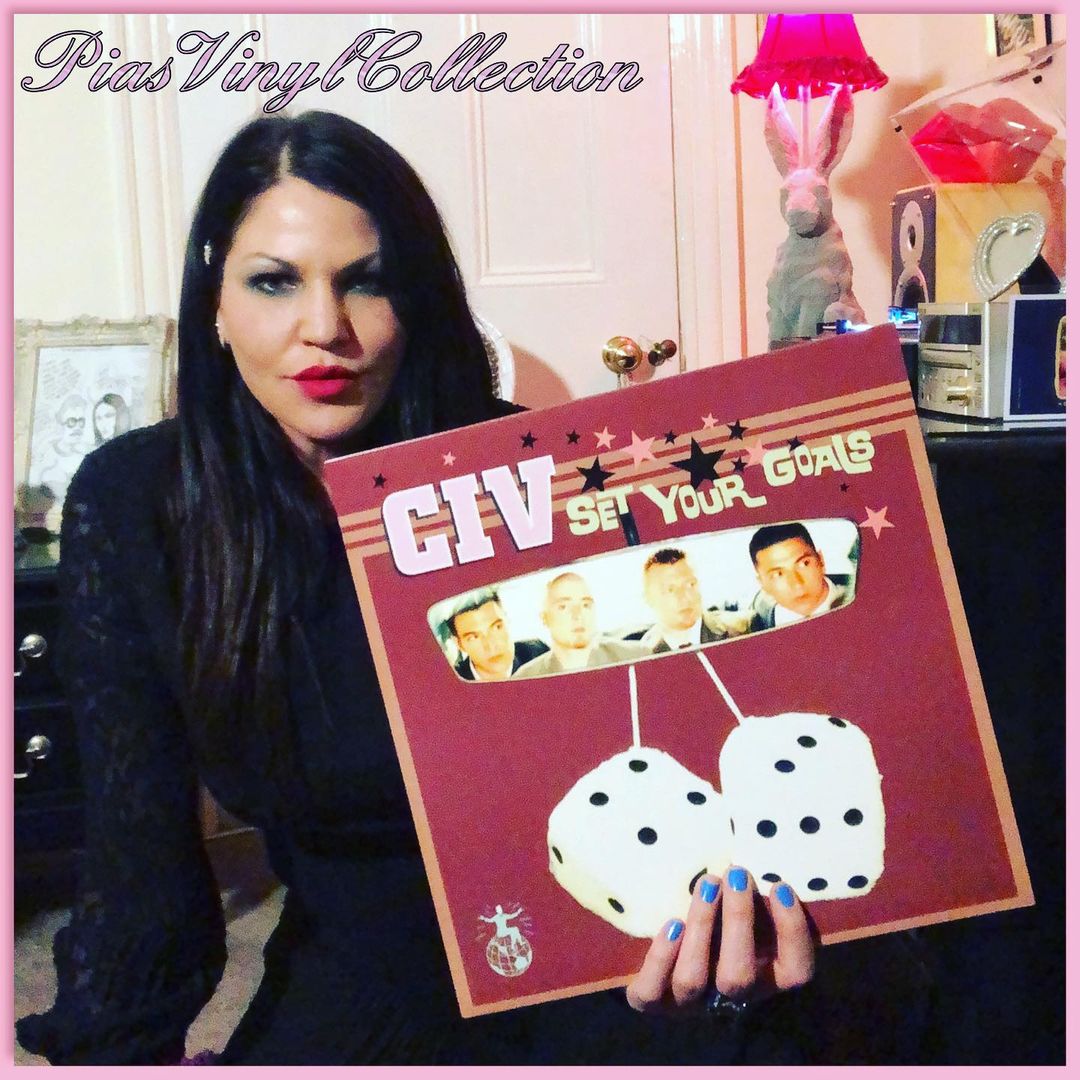 Set Your Goals is the debut studio album by the punk rock band CIV. It was released in October 1995 on Lava Records. The album is best known for the hit single “Can’t Wait One Minute More.” 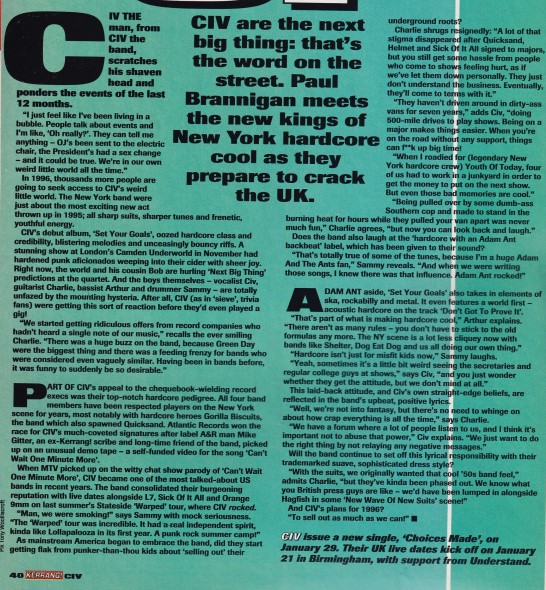