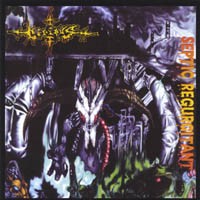 CIRIBUS: Septic Regurgitant [original style of death/grind metal with the main goal of pushing the genre in new directions] Free for CD orders of £10 and higher

CIRIBUS was formed in ’98 by drummer Austin Spence, guitarist Aaron Johnson, and bassist Luie Gamboa in mendocino county Ca. They wanted to make a more original style of death/grind metal with the main goal of pushing the genre in new directions.
Their 1st demo release “”crossing the river styx”” sold over 500 copies within 3 months and was received well amongst the underground death metal scene in California.
Their next release “”decimation is inevitable”” was released in 2001 by brutal sound records and was also very well promoted amongst the underground death scene and also received excellent numerous reviews in well known nationally distributed death metal magazines and radio. Now the 3rd release “”septic regurgitant”” is sure to create havoc in the metal scene with this release.

The band formed Mummification later on. 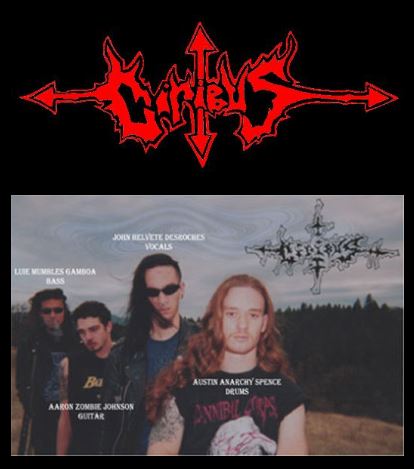