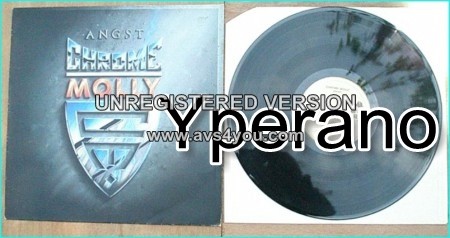 Leicester based Hard Rock band CHROME MOLLY are best remembered for possessing a penchant for good time, anthemic Rock and noted for their onstage spirit. Frontman Steve Hawkins was previously with Loughborough based MEAN ARENA and his partners in crime lay claim to a wealth of previous engagements, notably guitarist John Antcliffe who had spent spells with ELECTRIC SAVAGE and BLITZKRIEG. The band was quick to build up a healthy local following, backed up by successive independent releases and undoubted enthusiasm which culminated in a much touted ‘Best Of British’ co headlining tour with BABY TUCKOO. The band pulled off another coup by filling in dates on OZZY OSBOURNEs 1986 UK tour after main support RATT were unable to fulfil the entire tour. However, despite their hard work, CHROME MOLLY failed to break into the big league – even with the valuable backing lent by signing with IRS Records.

Chrome Molly is a band with a very distinct sound — its hair metal, heavy on keyboards at times, but it works. Tracks such as “Thanks For The Angst”, “Cut Loose” and “Too Far Gone” really rock. “Set Me Free” is set at a slower pace.
The band reminds me of the German group Bonfire. Very smooth vocals and solid musicianship throughout, I highly recommend it! Thumbs up!

these guys invented the sound adopted by yob metal bands such as Skid Row. Lotsa great tunes and heavy riffing. They played Metal when it wasn’t cool & trendy. check em out. This album had some really fine moments.

big choruses and vocals and enough hooks to keep most satisfied. Living A Lie is awesome, now I wanna hear all of the album.

Wonderful album by this British lot,recommended 4 sure!..”Thanks For The Angst” is a great track,a killer one,”Take Me I’m Yours” is a pretty cool number,”Don’t Let Go” has some great piano in it,”Come Back” rocks,”I Want To Find Out” & “Take It Or Leave It” are 2 AORish numbers,pretty good ones by the way,”Living A Lie” i love this song!!!,”Cut Loose” is a highlight,”Too Far Gone” is a fave too and “Set Me Free” closes the act decently..this album is well worth,buy and find out by yourselves!.90/100 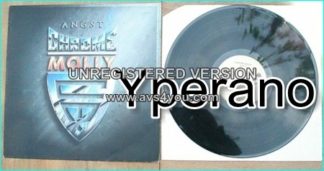