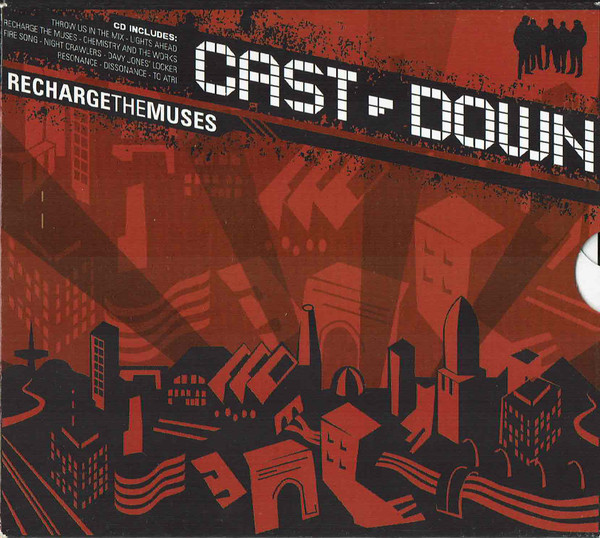 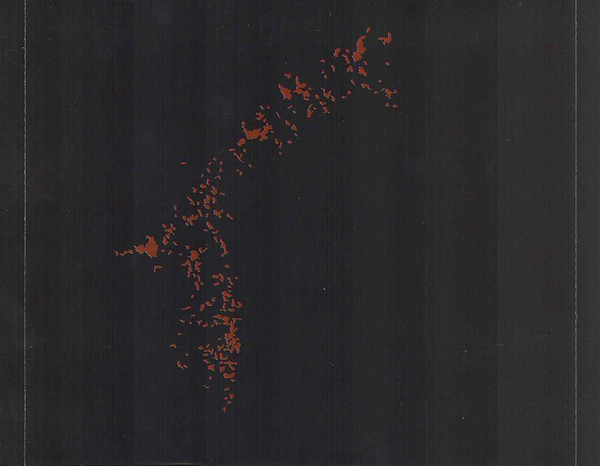 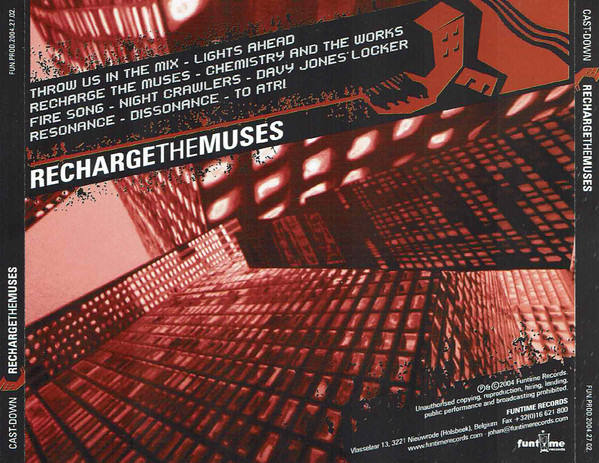 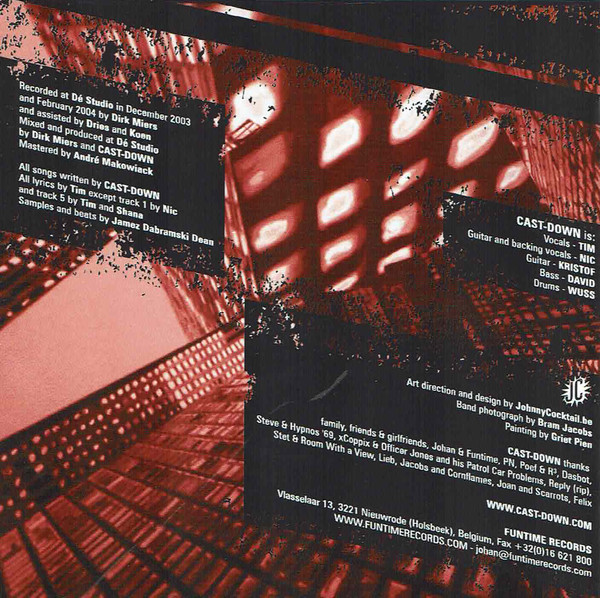 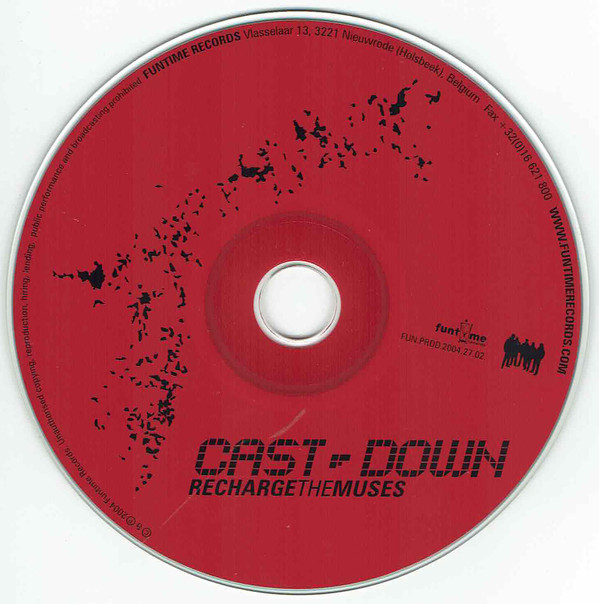 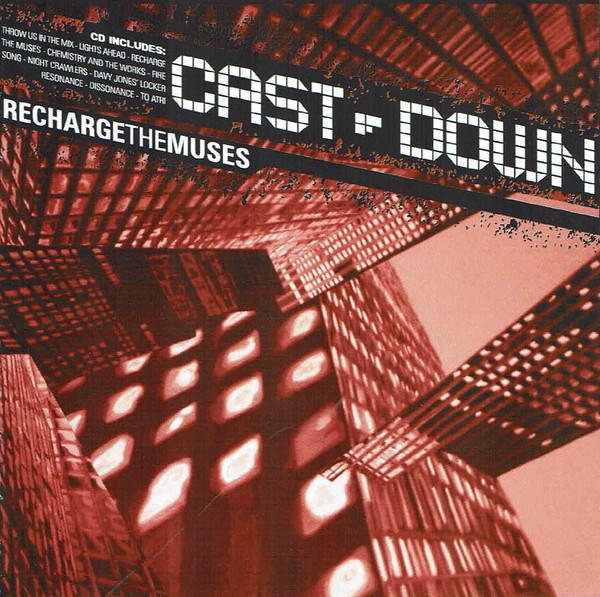 An intense collection of heartfelt melodies with a high amount of energy and 100% ‘hard’rock’n roll with that typical harsh emotional sauce all over. This album will be loved by the kids who’re into Serene, Purusam, Hot Water Music, As Friends Rust,…

Emo/Hardcore from Belgium.
Cast-Down is a Belgian band founded by members of Buckshot and Ebony HP. On their second CD Recharge The Muses, Cast-Down combine angry screamo vocals with a more melodic voice as is the case for Night Crawlers or Dissonance. Another aspect of their music are the purely melodic emo songs: Lights Ahead and the title track are songs which are close to the Canadian Grade. Cast-Down combine melodies and energy in a right balance, good enough to distinguish them from other similar bands, plus the instrumentation of the songs is what sets them apart. Although songwriting and especially vocals are typically emo, guitar, bass and drums sound more as if Cast-Down were a hard rock band. Undisputed highlight is Davy Jones’ Locker where Cast-Down aim to sound as dirty and rough as Motorhead. A very promising effort by a young Belgian band. 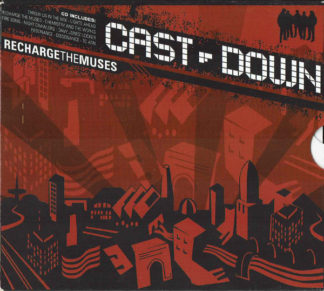