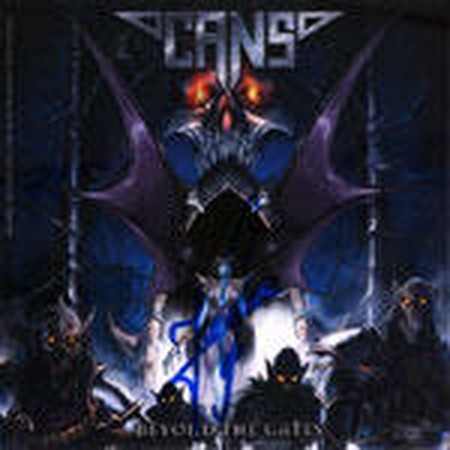 CANS: Beyond the Gates Check all samples: www.allmusic.com/album/beyond-the-gates-mw0000698090

Beyond the Gates is the first and so far only studio album by HammerFall vocalist Joacim Cans and was released in 2004. The cover was made by Samwise Didier, who have done most of the artwork for Hammerfall. Also the album was produced by Charlie Bauerfeind who produced many of band’s albums. Cans bandmates Oscar Dronjak and Stefan Elmgren are also featured on the record. Most of the album was recorded at Studio Fredman in Cans’s hometown, Gothenburg, Sweden.

Hammerfallâs lead vocalist Joacim Cans is ready for his first solo onslaught, which is “”darker, heavier and more mature.”” Recorded in Sweden, America and Germany between November 2003 and last February, Beyond The Gates amalgamates some of metalâs most dedicated musicians. Mark Zonder of Fates Warning pounds on his drums but allows the rest of the band to stay within his reach. Primal Fearâs Mat Sinnerâs bass ripples throughout the album; unfortunately it is not as loud as he should be credited with. Stefan Elmgren of Hammerfall and Halford’s “”Metal”” Mike Chlasciak grind their guitars and put forward some intense riffs that are exciting but can be easily forgotten in a day or two. The feel of the album sounds similar to Halford’s last record, the Crucible. Its sombre mood, Gothic interest and absorption in old school metal sound like Venom meets Judas Priest. Itâs an intriguing concoction that, for the most part, works well. As with most heavy metal bands, a majority of the negative criticism lurks toward the lyrics, which in this album are frankly ludicrous. It is difficult to take songs called Soul Collector and Garden Of Evil seriously. A lot of people would be dissuaded from listening to the album after reading the cover sleeve. It’s all cliched stuff about death and hell and darkness and light that’s been done before by hundreds of bands, but fortunately most of them a lot worse than this. Pursuing a solo album when you’re the frontman of a classic European metal band is a difficult task and Cans should be credited for that. The lyrics need to be “”matured””, the riffs need some more fine-tuning but the passion is there – and that makes all the more difference. Putting minor hindrances into a dark corner for the moment, it’s a good album and more importantly a notable debut.

Any Hammerfall veteran can pick up this album and figure out what it is, and who it is. Well, it’s power metal, and it’s very familiar… If you put in any “”Hammerfall”” album, you are greeted with a fantastical world of victorious war and fantasies. However, Joacim Cans (the world renown vocalist of Hammerfall) is the inspiration behind the band that adorns his last name. But this album isn’t about victories, wars and rainbow bridges. No sir. Though it retains just about every element of the band that helped make him, it holds some key differences.

The haunting keyboard melodies here and there throughout the album retain a slightly haunting appeal to these powerful tracks, but also leave one to wonder what direction the album is. Right from the start, you get a feeling of an evil trip into a fantasy realm. And the lyrics prove it even more so.

Ok, so the lyrics aren’t as dark and morbid to prove an ultimate evil, but for any fans of Cans himself, it will prove to be so comparing it to his previous works. The blisteringly melodic darkened power metal songs will keep you throwing your fist in the air, and the slow power ballads will calm you down through the trip. There is just one question any metal fan will ask. Jeff Waters of Annihilator is mentioned in the thank you section, and a “”Waters”” co-wrote the last track on the album? Could it be?

If you are a fan of power metal, you should definitely check this album out. If you cannot stand Joacim Cans, then you might want to shy away from this EXTREMELY high priced dark fantasy album. If that is the most orgasmic music you ever heard, it will definitely be worth breaking your metal budget. 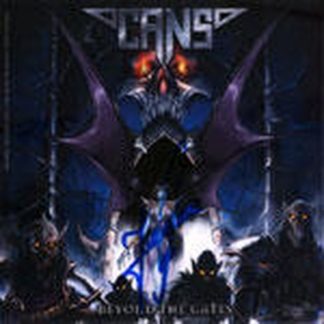