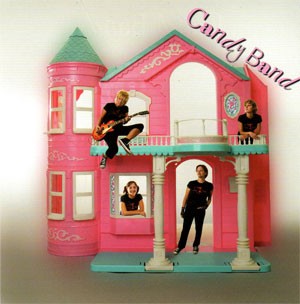 music for children. They took a stand and, in 2003, formed the first kids’ band that really rocks!! With influences like The Ramones and Iggy Pop, they quickly attracted attention from the Wall Street Journal, New York Post, London Times, Blender Magazine, XM Satellite Radio, Womenâ™s Day, USA Today, People Magazine,the CBS Early Show and NBC’s Today Show.
Candy Band’s debut self-titled CD is in its fourth pressing and their second CD More Candy has enjoyed extensive airplay on radio stations around the country. Their third CD, Lollipunk, was released in the summer of 2005
Detroit mom’s mix kiddie music with punk. Finally!
-BLENDER
One of the best new kids  CDs of 2003
-NEW YORK POST
these four stay-at-home moms from Detroit have a wide appeal
-PEOPLE MAGAZINE
The Candy Band has tapped into a ripe market
-HOUR DETROIT MAGAZINE
A punk edge
-WALL STREET JOURNAL
A band that rocks out classic children’s songs in a style even the Sex Pistols could appreciate
-DETROIT NEWS
Little stars don’t just twinkle, they rock!
-DETROIT METRO PARENT MAGAZINE
these four metro-Detroit stay-at-home moms have nine kids among them and share a mutual desire to
start a mini-mosh revolution one jacked-up nursery rhyme at a time
-DETROIT METRO TIMES
Finally four rocker moms have stepped up to the challenge of rearing chilluns the right way, good old fashioned rock-n-rollâ
-MOTORCITYROCKS.COM
You guys really have something unique here, and you pull it off with style…It’s great that this is full on rock
without apologies…this is a wonderfully exuberant CD, played with the sloppy joyful abandon of a
kids finger-painting.. No coloring inside the lines here, its 100% garage band daycare.
This is one of the most notable CD’s I’ve listened to in a LONG time
-KENNY CURTIS, PROGRAM DIRECTOR XMKIDS, XM SATELITTE RADIO
“ 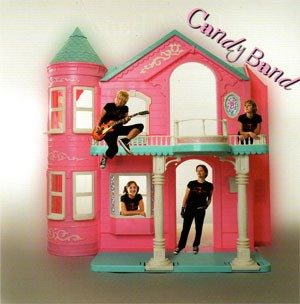