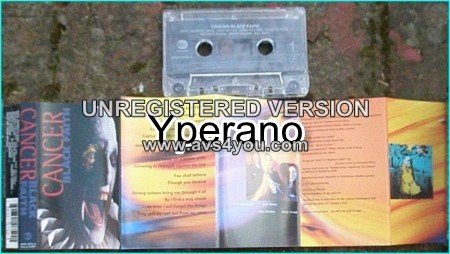 Cancer was a British death / thrash metal band formed in Telford, Shropshire in 1988. Over the course of their career they released five full-length albums, including this one for the major label East West,
Black Faith is the fourth album by British death metal band Cancer. It was released in 1995 by East West and distributed worldwide. The record received decidedly mixed reviews; some compared the Black Faith material to mid-period Metallica. The album is not slow. Not by a long shot. It pushes forward almost all the way in a Motörhead-like beat, and definitely avoids stalling. The sound on the album is good. The guitars have a fleshy tone that would fit a death metal album perfectly, and the drums are nicely thrashy. The bass, excellently audible and doing nice little things throughout the album, fits the drums perfectly in a way that many thrash bands would love to achieve. This album is almost 47 minutes long. Within the three quarters of an hour there are masses of nice riffs and fascinating minor structures. 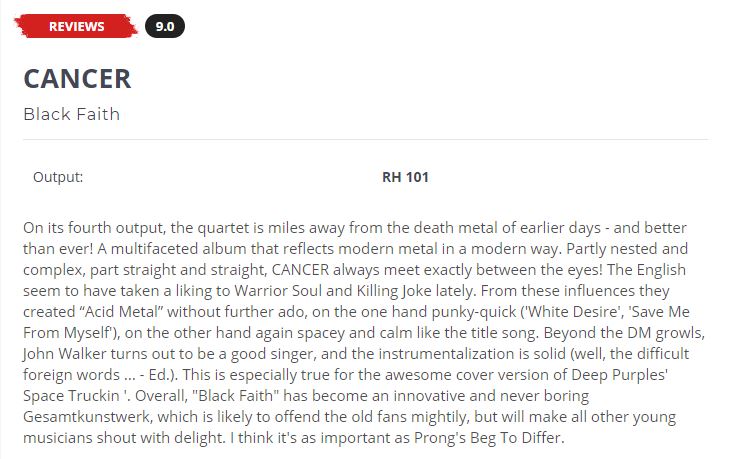 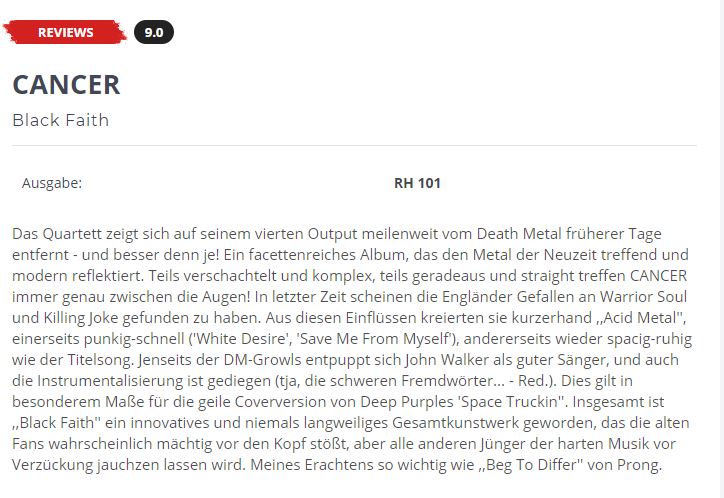 5 out of 5 stars Major label!
After doing 3 albums, Cancer got signed to the East West Label, and produced this, the Black Faith album. It marks a definite change for them, as the music is a lot more melodic and more thrash then Death Metal. The songs retain their not-too-complex style, but the music is a lot more accessible. Good, catchy and thought-out album anyway.
Carl Stokes again shows how he influenced Nick Barker, and the cover of Deep Purple Space Truckin’ is quite funny.
The solos aren’t way too technical, and the riffs are good.
Best tracks:- Without Cause, Black Faith, and Face To Face. 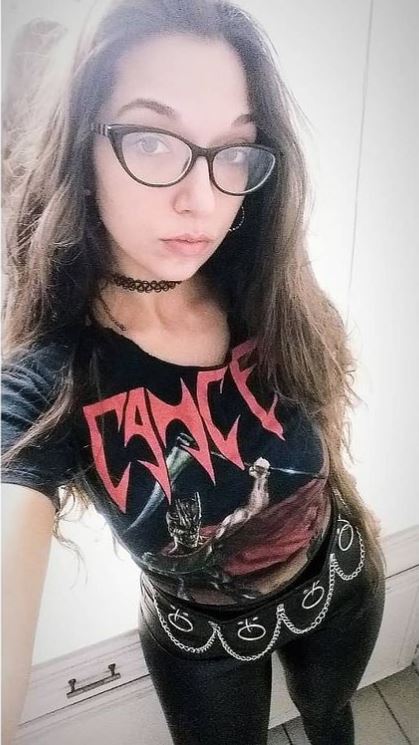 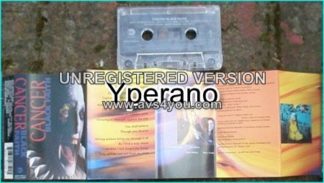