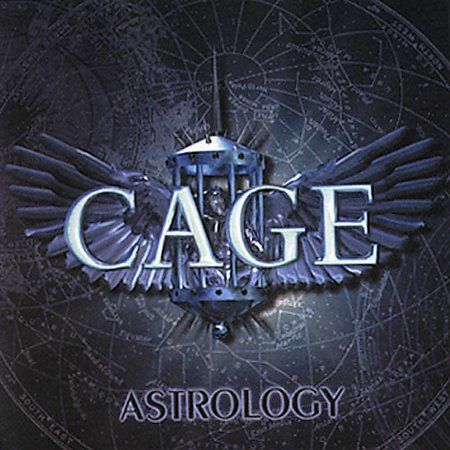 CAGE: Astrology US RELEASE WITH ONE BONUS TRACK. + free sticker.

SAMPLES only (edited songs):  www.allmusic.com/album/astrology-mw0000013114
Monstrous up tempo Power Metal with intelligent lyrics, and Killer artwork. Some magazines call this “”THE POWER METAL ALBUM OF THE YEAR””! Vocals that are similar to Rob Halford/ Tate style, whilst the music is a bombastic display of classic heavy metal mayhem a’la Judas Priest, Dokken, Iron Maiden, Virgin Steele and Queensryche which has gained the band a loyal following in most European territories.
“”Astrology”” pretty much keeps the spirit of heavy metal alive, check out the belting metal attack of “”Echelon””, “”The Trigger Effect”” and “”The Edge””. “”The Edge”” opens up with one of the highest vocal screams of the year, this song mixes the best of Dickinson era Iron Maiden with hints of Judas Priest and Queensryche. It’s hard to ignore the sparkling majestic sound that “”Astrology”” has to offer, quite possibly one of the finest metal albums of the year. It’s all good 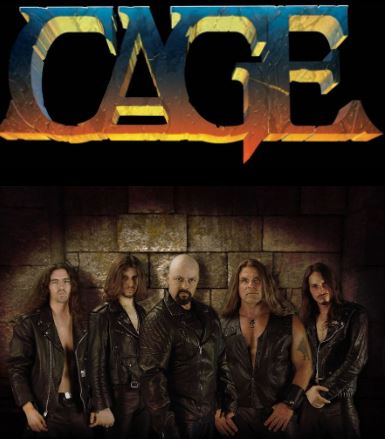 ========================================
What are you waiting for? Get this CD!
I first discovered Cage when I bought “”Hell Bent for Metal 2, A Tribute to Judas Priest””. They did a killer cover of Freewheel Burning. I knew I had to find out more about this band. This is their second CD. They have four out right now and a fifth one in the works. There are not enough adjectives to describe how good this band is. Everything about this band is phenomenal from the powerhouse vox of Sean Peck, the songwriting and every other aspect of this cd is great. If these guys were around during the late 70s and early 80s they would have owned that era. Do yourself a favour. Stop reading this review and buy their CD. Your still here! Go! What are you waiting for?
===============================
AFTER I GOT THE ” UNVEILED ” CD , I WAS SO BLOWN AWAY AT HOW GOOD AND HEAVY THESE GUYS WERE ..AND HOPED THAT THEY WOULD NOT DISAPPEAR LIKE ALL THE OTHER METAL BANDS THAT COULDN’T CUT IT !WHEN I HEARD THEY HAD A NEW CD OUT , I GOT IT AS FAST AS I COULD SPEND MY CASH!I CAN’T STRESS ENOUGH HOW INCREDIBLY GOOD THESE GUYS ACTUALLY ARE !THEY TAKE ME BACK TO WHEN METAL WAS ALL ABOUT THE MUSIC ..NOT THE MONEY!A LOT OF THE SONGS ARE LIKE STUFF BY ” SANCTUARY ” ” NEVERMORE ” ” CRIMSON GLORY ”A BIT OF OLD BLACK SABBATH AND MAINLY ” CANDLEMASS ” ..ESPECIALLY HIS SINGING -WHICH ACCENTS THE MUSIC SO WELL !AND THE MUSIC COULDN’T BE ANY HEAVIER !ALL THE SONGS ARE REALLY GOOD AND HEAVY AS HELL!THERE ISN’T A WEAK ONE ON THE CD ..SO IF YOU WANT SOMETHING REFRESHING AND WHAT GREAT METAL USED TO SOUND LIKE -THEN GET THIS CD TODAY!!AND GET THEIR OTHER 2 AS WELL ..IT’LL BE THE BEST NIGHT YOU’VE HAD AS FAR AS NEW METAL IS CONCERNED IN A LONG WHILE.. KEEP METAL ALIVE!!
=============================
I’ve had this CD for a while and never played it for one reason or another..but wow what an amazing band. The track ‘Final Solution’ is amazing. If you want classic priest, these guys can deliver.
================================
This is what the return of heavy metal is all about! Not rap-metal, or hippity hop or any of that nonsense, but true, melodic, gritty and in-your-face-rock. As the rest of the world rejoices with countless new bands of true heavy metal, and has never forgotten the true classics of the genre, the U.S., aside from a small legion of loyal fans, fell somewhat behind, maybe because of the lack of support of major record companies, radio stations, and television (MTV, here’s prime material for the return of HEADBANGER’S BALL!!!)… but with CAGE, it really begins… if you are a fan of power and heavy metal, CAGE is a must-have in your collection! Spread the word, true metal is back, and CAGE are the chosen ones to lead the way!!!
============================
Not to be confused with Tony Martin’s, The Cage. This Cage is one of the most impressive Metal bands to burst onto the scene in years. Imagine Classic Judas Priest and Iron Maiden thrown into the blender. Cage is the result. This is an impressive follow-up to their previous masterpiece, Unveiled; and they come at you full force on this critter! Power chords a-plenty and tightly defined tunes. A must for fans of bands like Armored Saint, Priest, Maiden, Warrior, Sword, etc… Truly a hidden treasure! “ 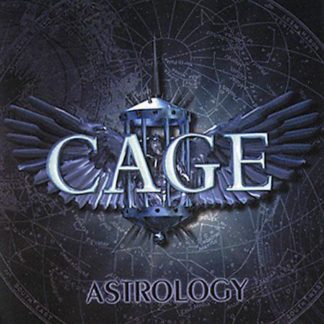