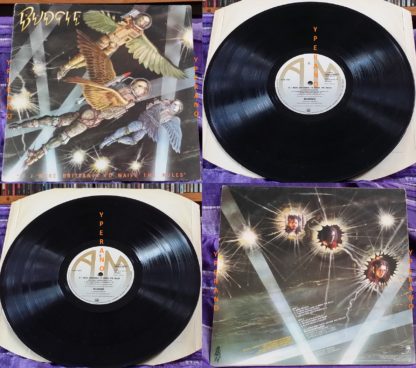 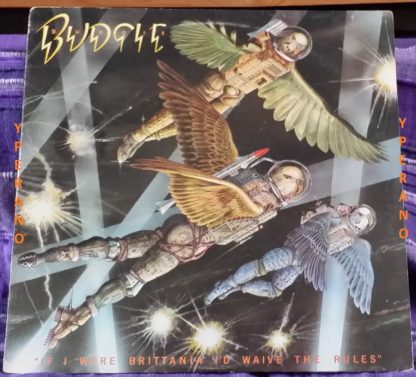 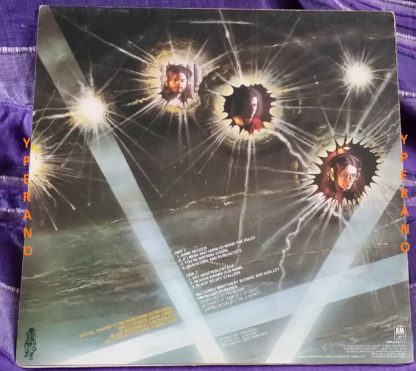 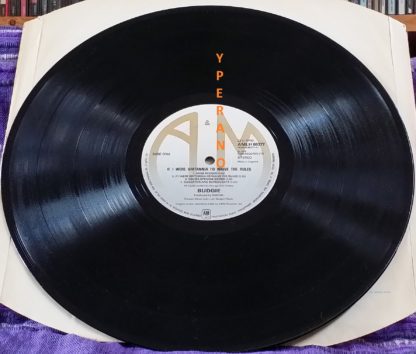 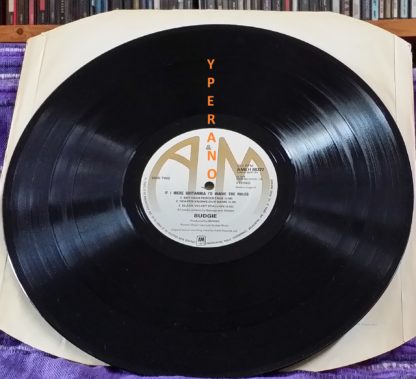 BUDGIE: If I Were Brittania I’d Waive The Rules LP 1976. Check audio samples + an audio review of the album 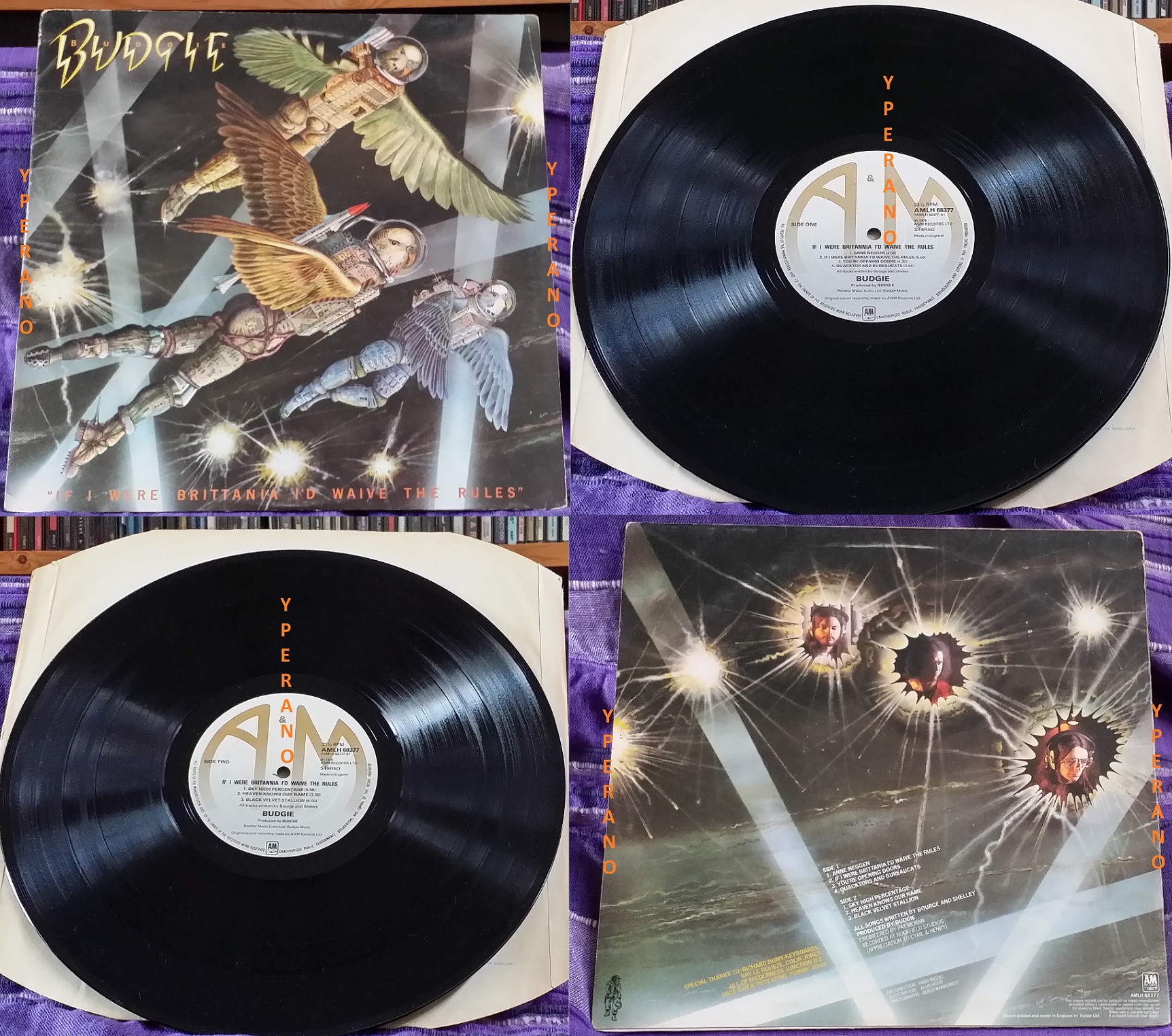 ———————————————————-
5.0 out of 5 stars Budgie Lives!
I listened to this album when it was new and thought they would make it big time. What happened? Now that M****ica says they listened to Budgie, everyone will go out and buy it and see what they’ve been missing.The guitar solo alone, in Black Velvet Stallion, is worth buying this for.
———————————————————-
5.0 out of 5 stars Budgie was an amazingly good metal band.
Although Budgie never got the recognition that they deserved, they are finally having some degree of praise, thanks to Metallica, another excellent band many of you may have heard of. Budgie,a three piece band from Wales, played some of the most intense, yet subtle hard rock that should have been extremely popular with the masses, but sadly was not. Budgies If I Were Brittania… is a timeless classic that sounds as fresh today as it did in 1976. Fans of Zeppelin, Rush and other powerful metal bands will love the best undiscovered power trio of the 70s,Budgie. Just remember to-CRANK IT UP.
———————————————————-
5.0 out of 5 stars The worlds best kept secret !!
Budgie are the best band from this era. Unfortunately they never made the big time like Zeppelin ..probably because they were ahead of their time. The music is powerful with screaming lead guitar and wicked base. Come on Amazon ..preview a few of their classics here …like Parents …In for the Kill …Crash Course In Brain Surgery …Breadfan …You’re the biggest thing since powdered milk and In the grip of a tyre fitters hands. A good CD to start your Budgie collection is with “Never Turn Your Back on a Friend. If you like it hard ….you’ll love Budgie
———————————————————-
5.0 out of 5 stars Another Classic from the British Rockers,
I got this recently, when I decided that my turntable needs to be retired. Definitely one of the best Budgie albums from the “middle” period, good rockers and ballads which have not really aged much in 25 years or so. Budgie never really made it big in UK, although they were deservedly appreciated in Europe. Does that prove something?
———————————————————-
5.0 out of 5 stars BUDGIE Still Rocks!
Having heard BUDGIE for the first time in the mid-70s, I was VERY impressed then and still am today. The guitarist on this album is a mixture of Toni Iommi (Black Sabbath), Rick Emmett (Triumph) and Alex Lifeson (Rush). The guitar tracks will spin your head. They are labelled by some as a metal band but back in the 70s they were considered Hard Rock at the heaviest. BUDGIE went on to influence many guitarists of other genres which is a testament to the talent of this 3-piece band. If you seek a 70s based Rock band with MUCH talent, take a listen to “If I Were Brittania” and all the previous releases.
———————————————————-
5.0 out of 5 stars Miss those days for sure.
Saw them in 1978 just out of high school winning some tickets to A & M Recording Studios in the old Charlie Chaplin studio there off the radio station KNAC when they had “Import Hour”on(miss that so much). A rare band that deserved so much more back then with their talents that were ahead of their time on the music and lyrics. Only since to later 80s with bands like Metallica doing some covers of them did the public really get to appreciate these rare progressive rock offerings.
Wish could find some picture of that concert… Any way every song is a fantastic one on this album with a peak of “heaven knows our name” Work of art there….
Hopefully the cycle of true progressive rock and all the work it takes to pull off will come back some day…..
———————————————————-
5.0 out of 5 stars I love this album,
This is one of my favorite Budgie albums, of course I love them all, at least all of them I have heard.
———————————————————-
5.0 out of 5 stars Another great album from Budgie,
It is a continuation of great music from one of the most critically neglected bands in rock and roll history. With songs like the title track, “Sky High Percentage” and my favorite, “Black Velvet Stallion”, they prove again their worthiness to stand alongside the best hard rock bands in history. If one has never heard or even heard of Budgie, one would do well to take a chance on this great band. I doubt one would be disappointed.
———————————————————-
5.0 out of 5 stars Truly real classic rock. of the best two budgie records,
THIS ONE, AND BANDOLIER IS THE OTHER. THESE TWO ARE THEIR REALLY BEST, HEAVY, WELL COMPOSED RECORDS.

TRULY WORTH IF YOU LIKE AAA SEVENTIES MEMORABLE CLASSIC ROCK WITH GUTS. 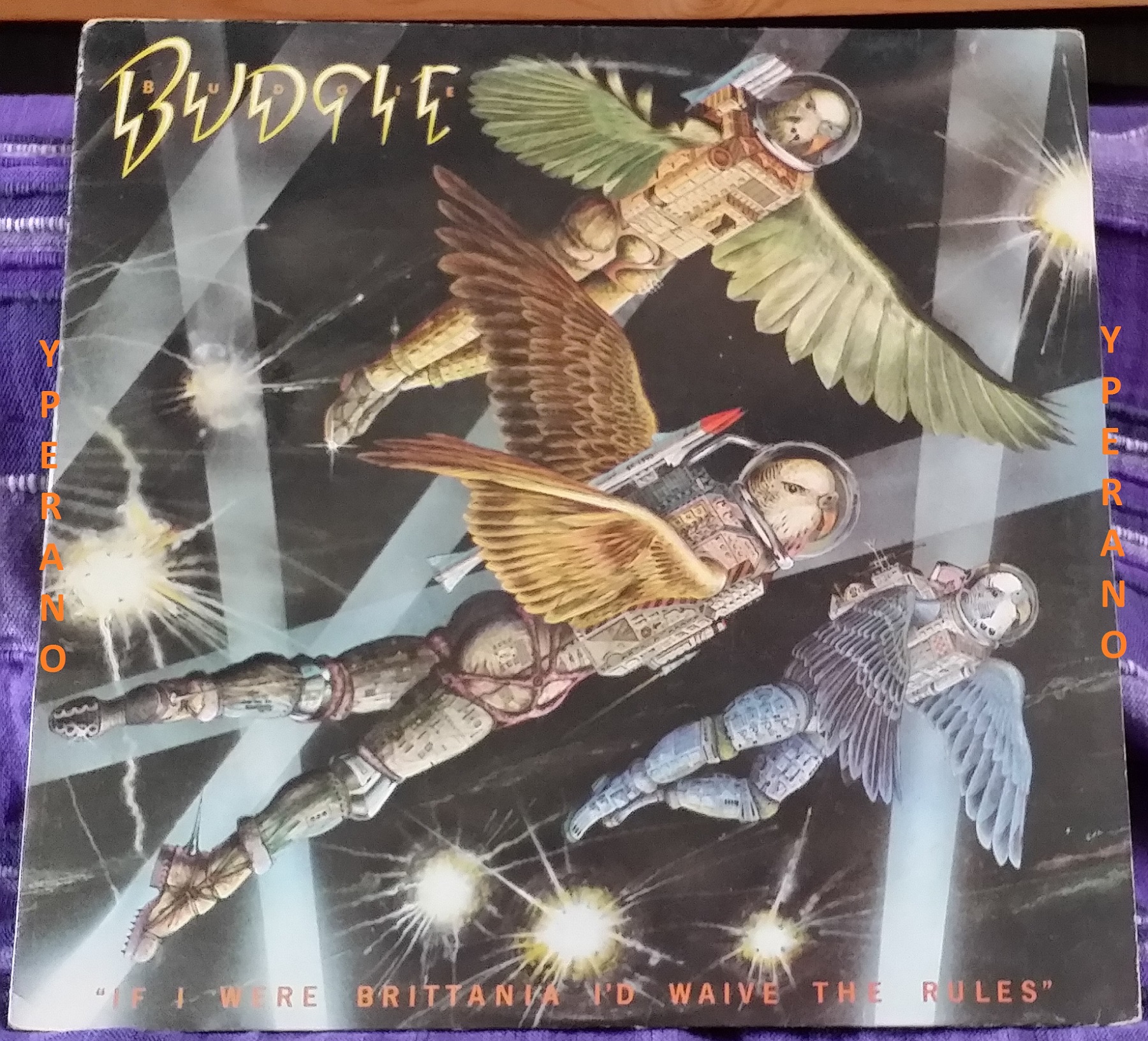 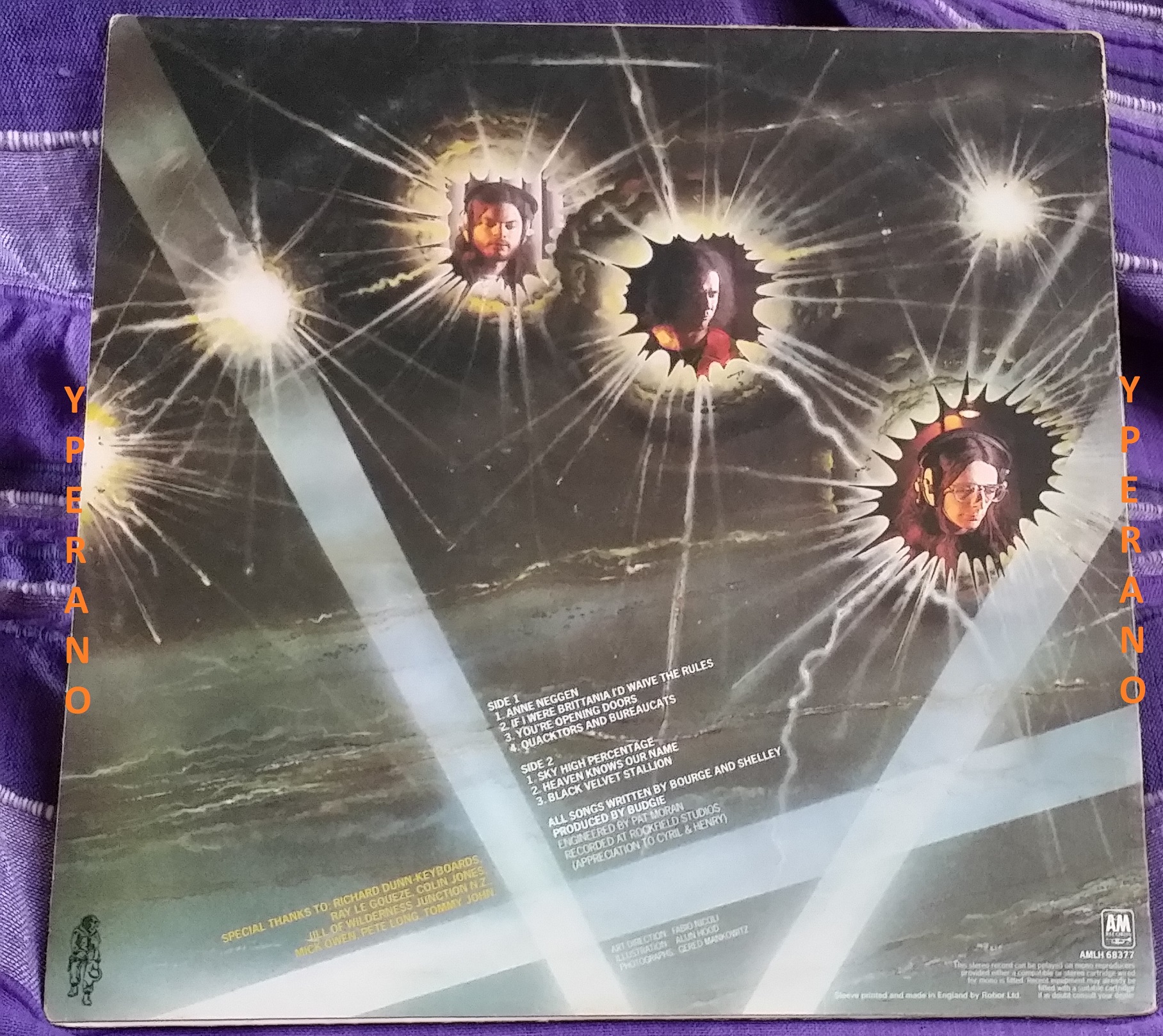 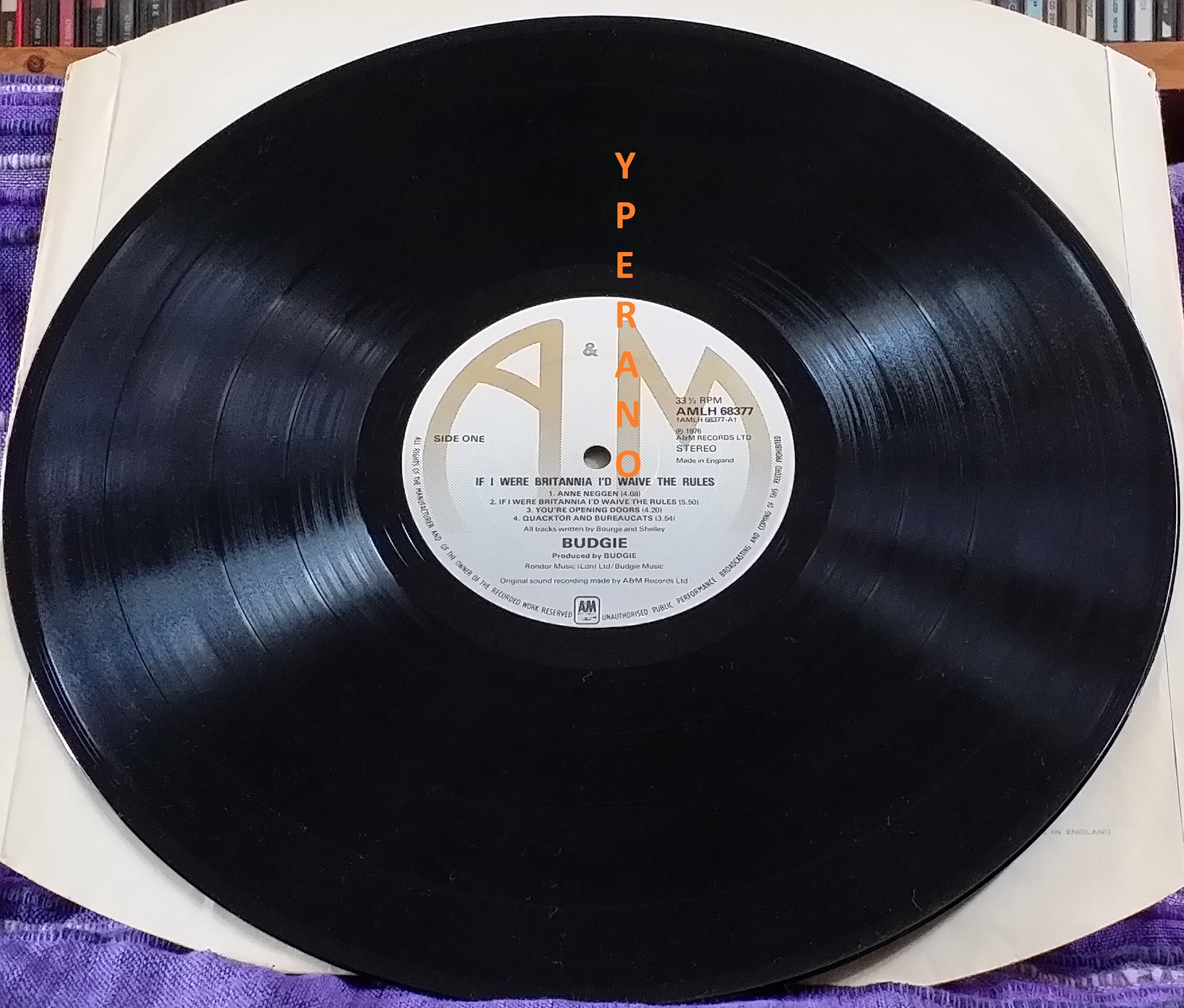 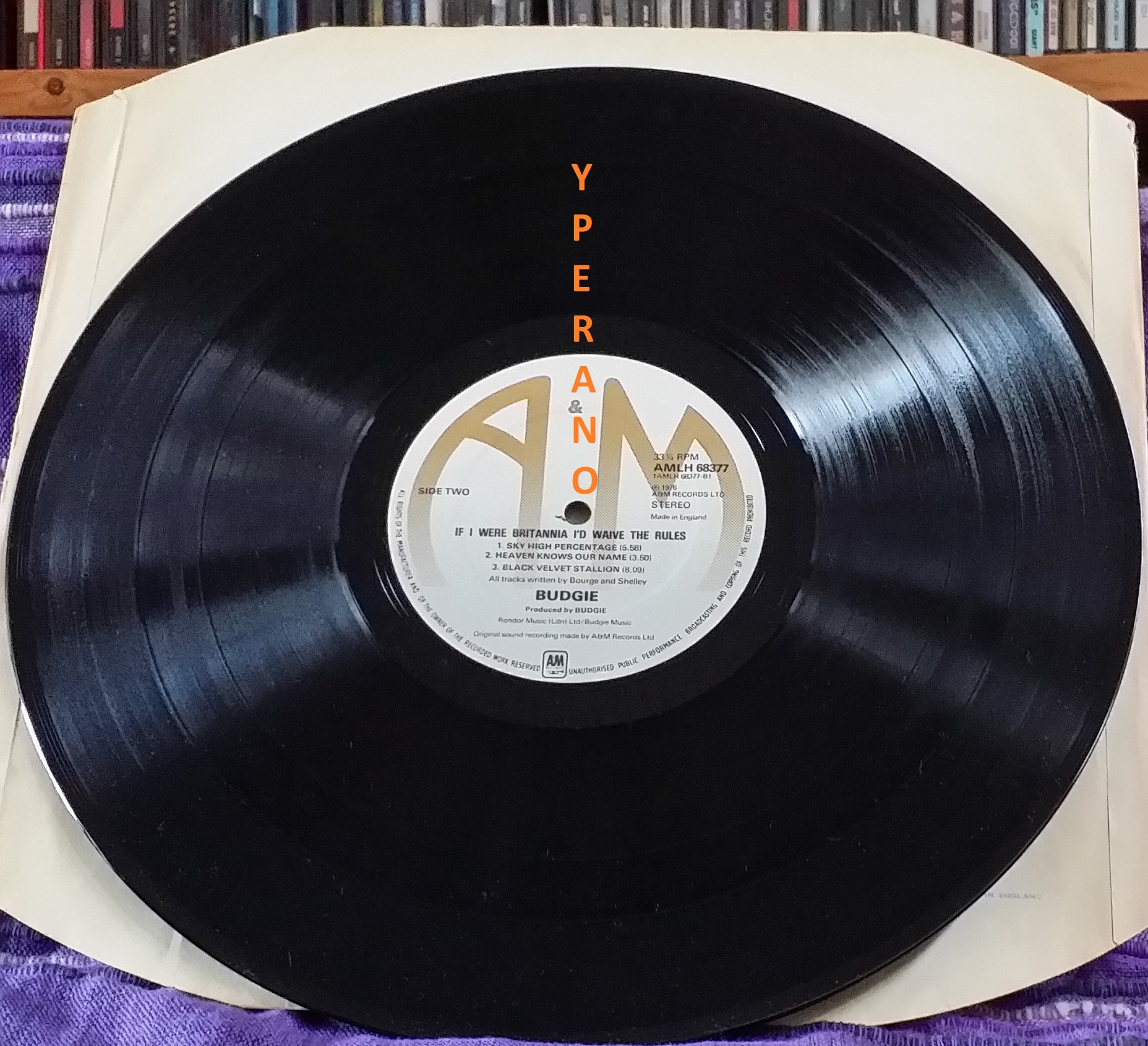 Be the first to review “BUDGIE: If I Were Brittania I’d Waive The Rules LP 1976. Check audio samples + an audio review of the album” Cancel reply