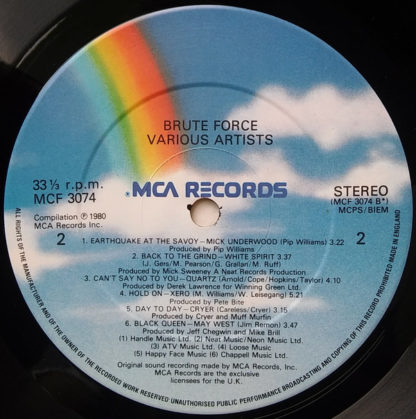 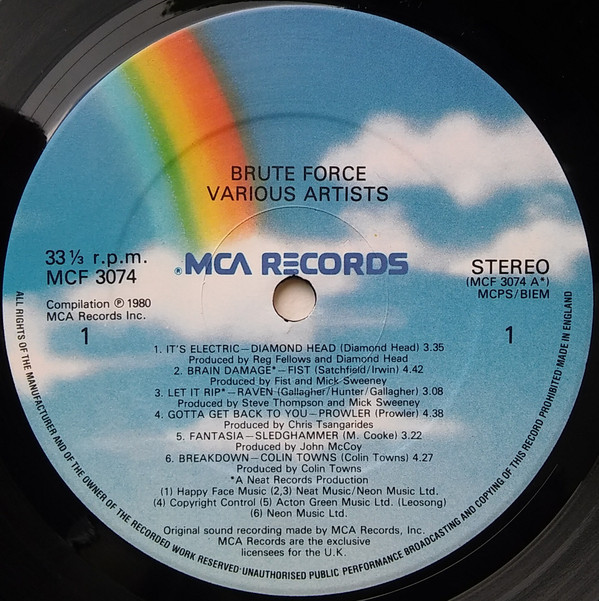 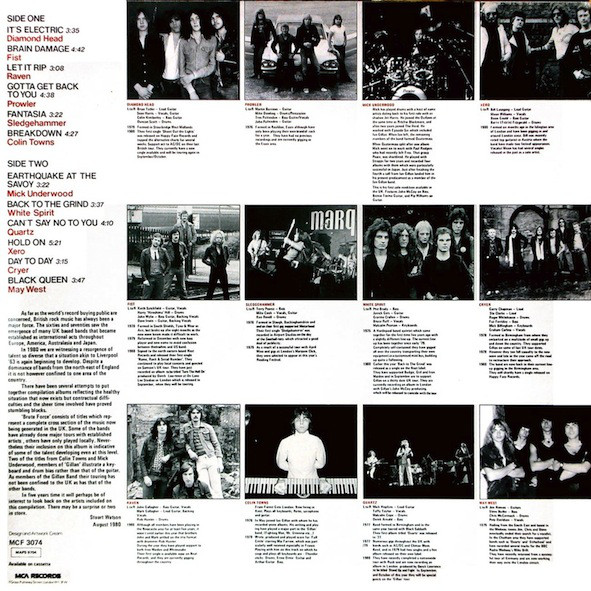 This album gives everyone a fair crack of the whip though, and the outcome is a real pleasure.

Openers Diamond Head are one of the outstanding successes, ‘It Electric’ featuring dynamite guitar work and some astonishing vocals from Sean Harris, rich and melodic and oozing a sensual charisma.
Fist prove an interesting proposition, a package of churning, growling menace with a thoughtful approach. Raven prefer to thrash but do so pretty well, in manner reminiscent of the first Riot album, in contrast with Prowler song that follows.
Sledgehammer reveals a trace of humour, refusing to take themselves too seriously with ‘Fantasia’, a pounding mix of gut-level riffing and wasted vocals that runs into Colin Towns’ storming ‘Breakdown’, which rides a spirited
pomp rock organ riff that kicks like a mule. The ensuing drum feature from Gillan-mate Mick Underwood is more fun than fire but no less enjoyable for all that, and White Spirit only lose marks because it ‘Back to The Grind’ again. it great stuff despite its failure to fully capitalise on the synth, but something new would have gone down better. Quartz and Xero score well with an energetic, expansive rockers that belongs on a cassette in a fast car on a summer day. Cryer photo numbers them as a dodgy looking bunch, (a photo of each band, each member namechecked left to right, and a brief career rundown to back up the unknown and little known outfits on offer), but the slow driving force of ‘day To day’ belies it all with distinction. May West almost take the opposite course (great looking, duff sounding) but pull ‘Black Queen’ out of the mire with a subtle but effective change of course half way through, and close the album in style