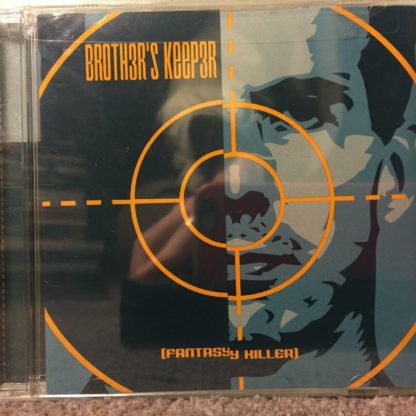 One of the most creative and challenging hardcore records without a doubt. The CD’s character can be best described by taking a look at one of the videos contained on the interactive portion of the CD. Where most bands would look like idiots trying to video a song, Brother’s Keeper nails it. The first song on the CD is “I Shot JFK” and this is the song for which the video was made. Alternating between footage of the band playing live in a running newspaper printing facility, archival footage of the JFK assassination and new footage of the band dressed as if they were in Dealey Plaza in 1963 and involved with the JFK assassination, the video and song both capture the simultaneous street smart attitude, playful energy, and creativity which make Brother’s Keeper great. The video is well edited, and while one could pick apart little nuances in filming, etc, overall and by far, it is
truly amazing. The motto of the record, stated boldly throughout the layout, is “DENY-DEFY-DESTROY” and these words relate not only to the political slant taken throughout the record, but also I expect to the world at large as well, meaning that Brother’s Keeper throughout this record strikes me as if they are playing what they want to play because they want to, and that they consider that approach critical. Musically, this is unlike any
other Brother’s Keeper record in that it is far more dynamic, far more complex, far more driving rock oriented (a GREAT choice), and more focused than earlier offerings of the band. This record is powerful in new ways that hardcore records have not been in the past. Instead of “mosh parts” or other conventions which have been so played out that it isn’t even funny, this record finds new ways to use guitar riffs and timing changes to make intensity happen throughout. In terms of the lyrics, there is a rhythmic rhyming approach to many of the lyrics…and the vocal approach is far more direct and confident than it ever has been before. The entire disc is in your face, even when the song material is less intensive on some tracks. Overall BK sounds like an entirely new take on the idea of hardcore or rock: combining elements of both, and doing it very well.

Editorial reviews
…[The group’s] maturation point….operating off a fully charged punk-rock battery that will throttle you hard… 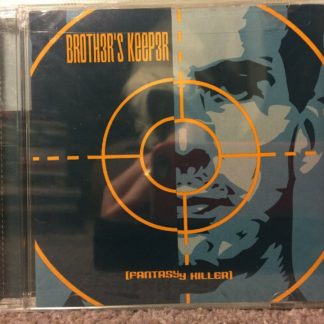