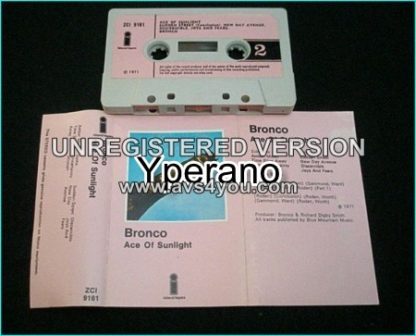 Fabulous song , fabulous album , why oh why weren’t these guys mega?﻿ Vocalist Jess Roden, formerly of the Alan Bown Set, instigated this excellent group in 1970. Kevin Hammond (guitar, vocals), John Pasternak (bass) – both ex-Band Of Joy – Robbie Blunt (guitar) and Pete Robinson (drums) completed the line-up, which made its debut that year with “”Country Home””, ILPS 9124 (not ILPS 9134 which was to be the catalogue number for Nick Drake’s next album, “”Bryter Layter””). The quintet offered a relaxed, sympathetic setting for the singer’s soulful delivery, best exemplified on “”Ace Of Sunlight””, which featured support from Ian Hunter and Mick Ralphs from Mott The Hoople, and Fotheringay’s Trevor Lucas. Despite their promise, Bronco was unable to secure a sound commercial footing and the departure of Roden for a solo career effectively killed the group. Blunt subsequently joined Silverhead and appeared in several short-lived aggregations before securing widespread recognition with his work for Robert Plant.