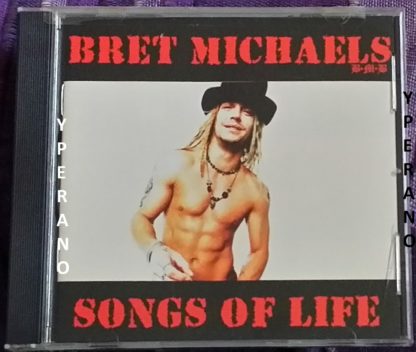 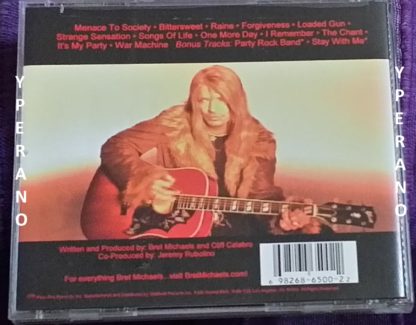 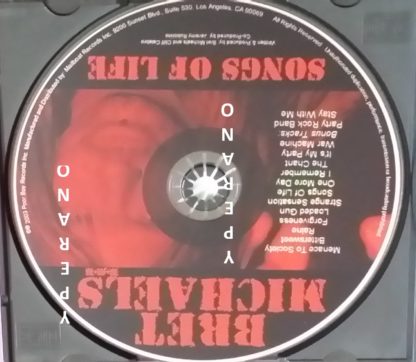 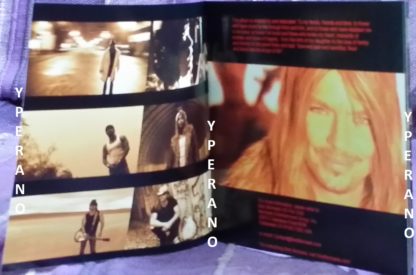 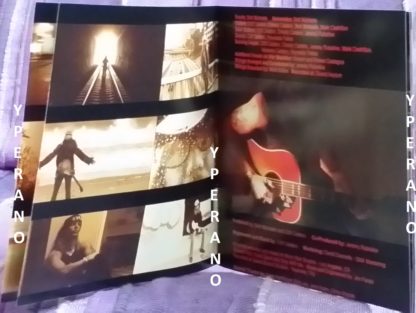 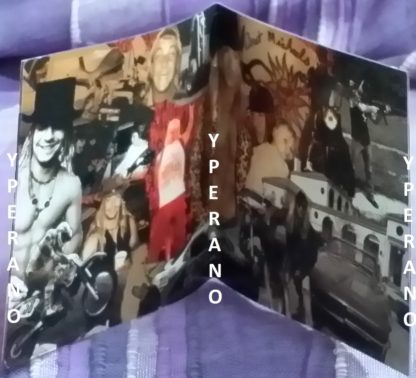 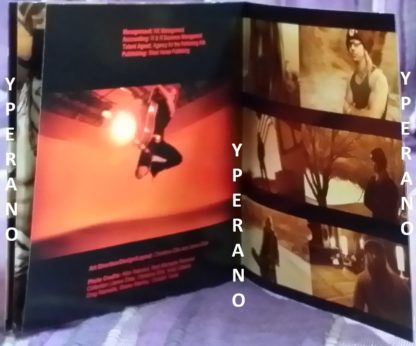 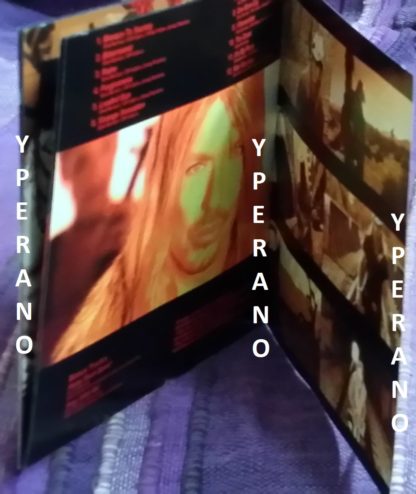 Songs of Life is the second solo studio album by Bret Michaels, lead singer of the rock band Poison. The album was released April 22, 2003.
The first single released from the album was “Raine”, a song dedicated to his daughter Raine Elizabeth Sychak born on May 20, 2000.

The album also features “Bittersweet” (the second single to be released), “One More Day” (a 9/11 tribute), and “Menace to Society” (which features a live Montage music video released on Bret Michaels website).

“Stay with Me” was recorded earlier on the interview / music album Ballads, Blues & Stories, but was not released on a full music studio album until now.
“Raine” also features a music video directed by award winning director Shane Stanley.

Track listing:
“Menace to Society” – 2:49
“Bittersweet” – 3:24
“Raine” – 3:55
“Forgiveness” – 4:19
“Loaded Gun” – 3:55
“Strange Sensation” – 2:55
“Songs of Life” – 3:12
“One More Day” (9-11 tribute) – 4:02
“I Remember” – 3:38
“The Chant” – 1:09
“Its My Party” – 3:54
“War Machine” – 3:21
“Party Rock Band” (Rock Edit) – 2:43 (Bonus track – originally from the album A Letter from Death Row)
“Stay with Me” – 4:14
—————————————————————————————————
On the evidence of Songs of Life, Poison frontman Bret Michaels has learned a musical trick or two from the competition–and a few contemporaries. “Menace to Society”, “Bittersweet” and the bonus track, “Party Rock Band”, bristle with pop-punk energy, while the title track and “One More Day” evoke no less than the American heartland spirit of John Mellencamp. “The Chant” flirts briefly with rap-metal, while the tongue-in-cheek excesses of “Its My Party” evoke an unlikely shotgun marriage between thrash and Lesley Gore. But Michaels hasn’t forgotten the slick, hook-laden ballads that helped make his fortune either, with the buoyant “Raine” and melancholy bonus cut “Stay With Me” displaying both solid craftsmanship and surprising range. If the album is ultimately as musically derivative as anything in the Poison catalogue, it succeeds largely on Michaels’ broader ambitions and willingness to push the stylistic envelope–as well as nick a few timely pop cues from the best.
—————————————————————————————————
5.0 out of 5 stars Bret Proves his Individuality,
Okay, so having only actually heard the demos provided for the first 5 songs I can’t really say that this is gonna be the greatest album of all time. But from the sounds of it its gonna come pretty damn close. Bret Michaels, who remains as Poisons vocalist is always linked with crazy ’80s behaviour, power ballads, and that motorcycle. What many do not take the time to realise is that this guy goes really deep in his songs, which is evident throughout Poison history. The songs on this album appear to take the same form: powerful vocals, powerful lyrics, and ass-kicking riffs. Many a time vocalists have tried to break away from their band chains and produce solo efforts- and many a time they have crashed but Michaels pulls it off with tight rhythm, polished structure and hopefully a tour to follow through. If you want to see the progression of Bret’s stuff, buy the best of Poison album, it shows you outwardly that this guy can make it on his own. 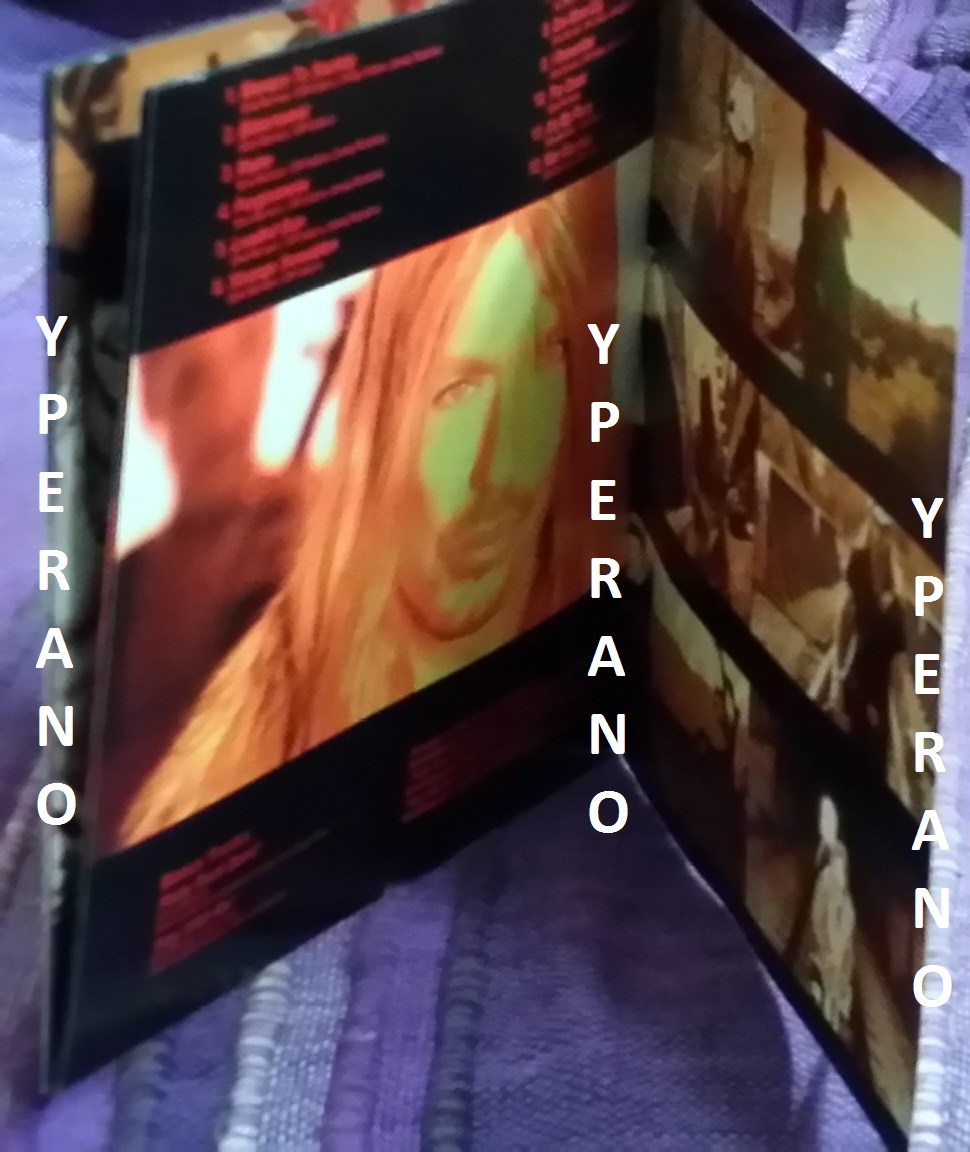 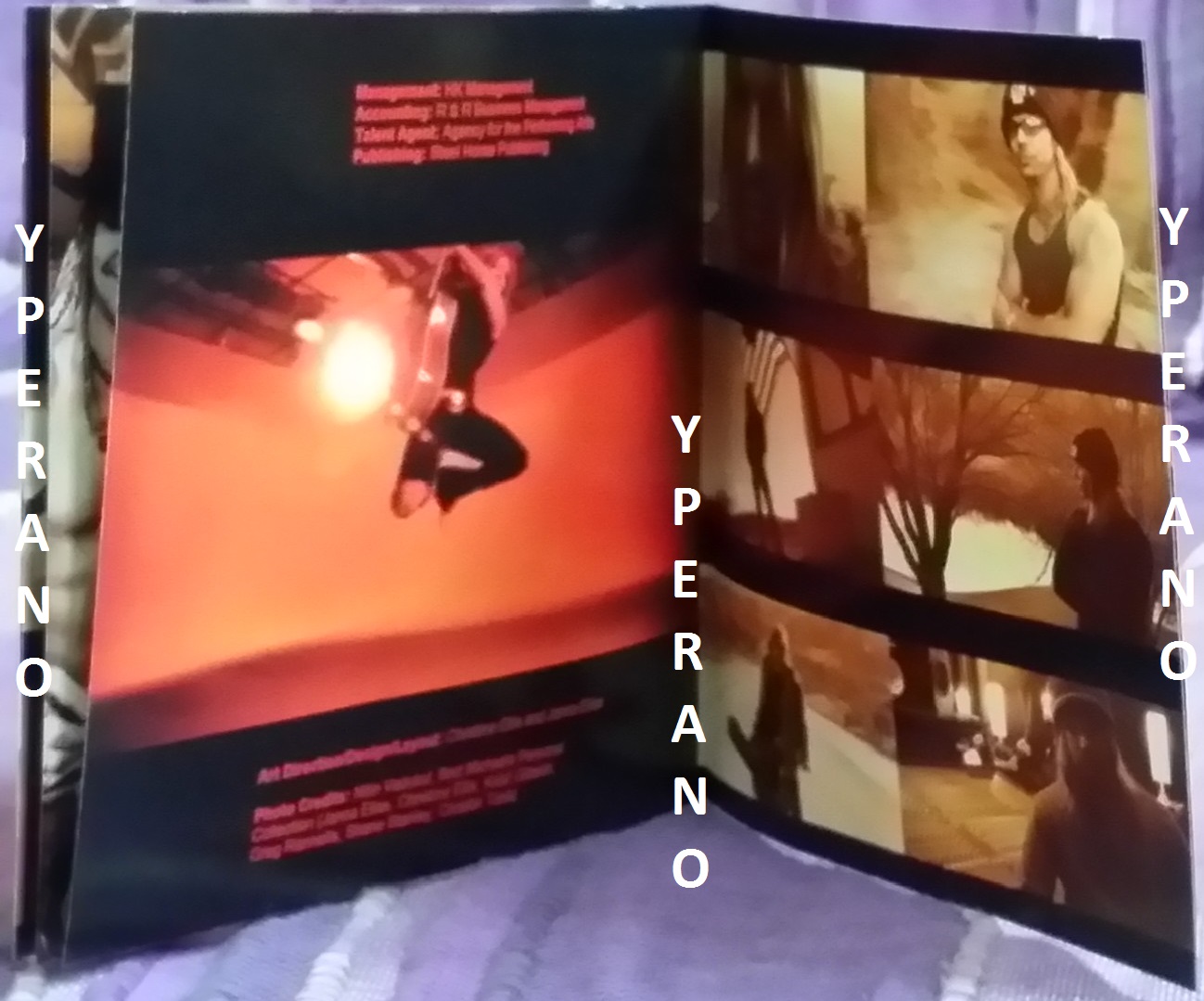 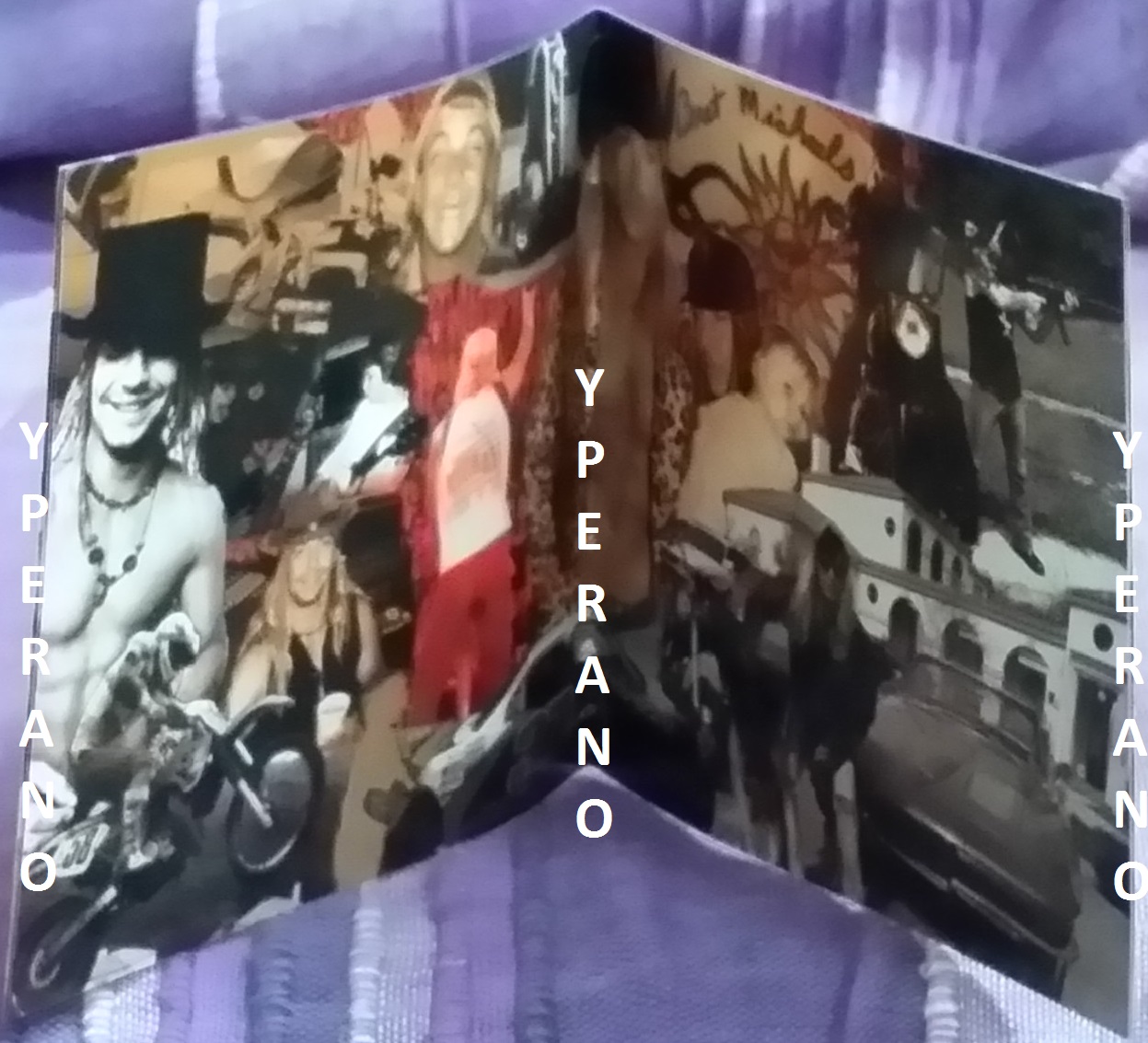 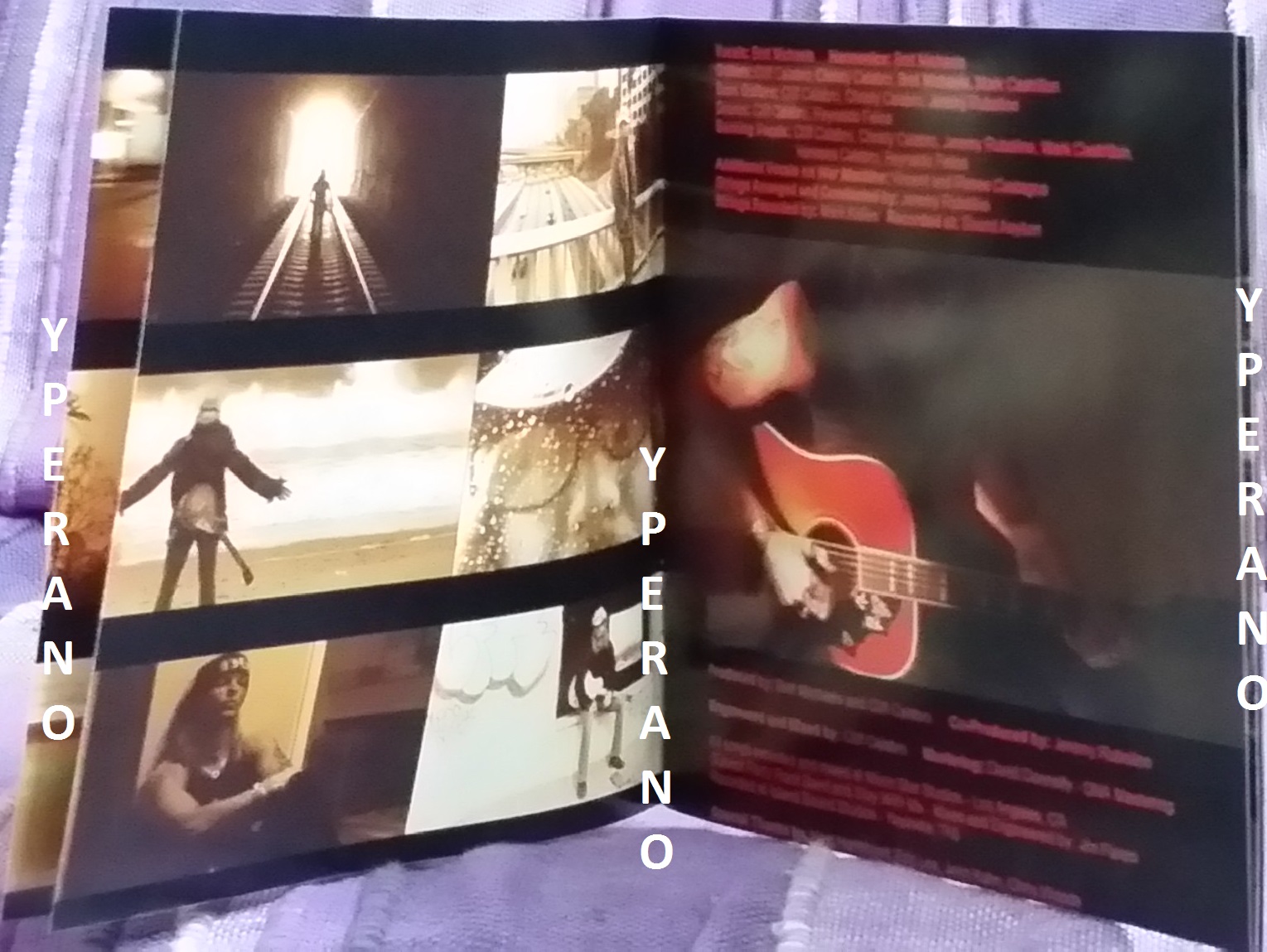 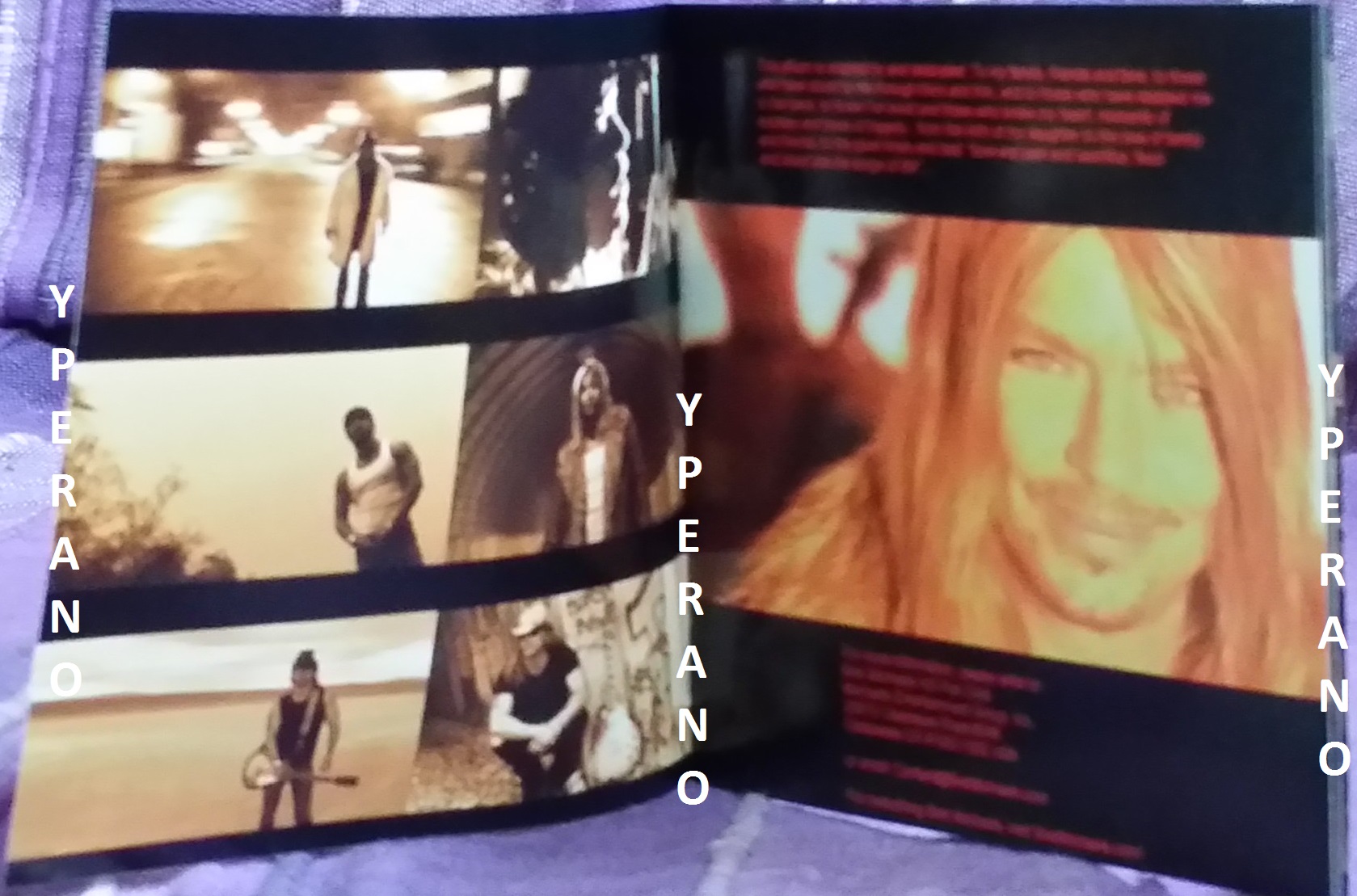 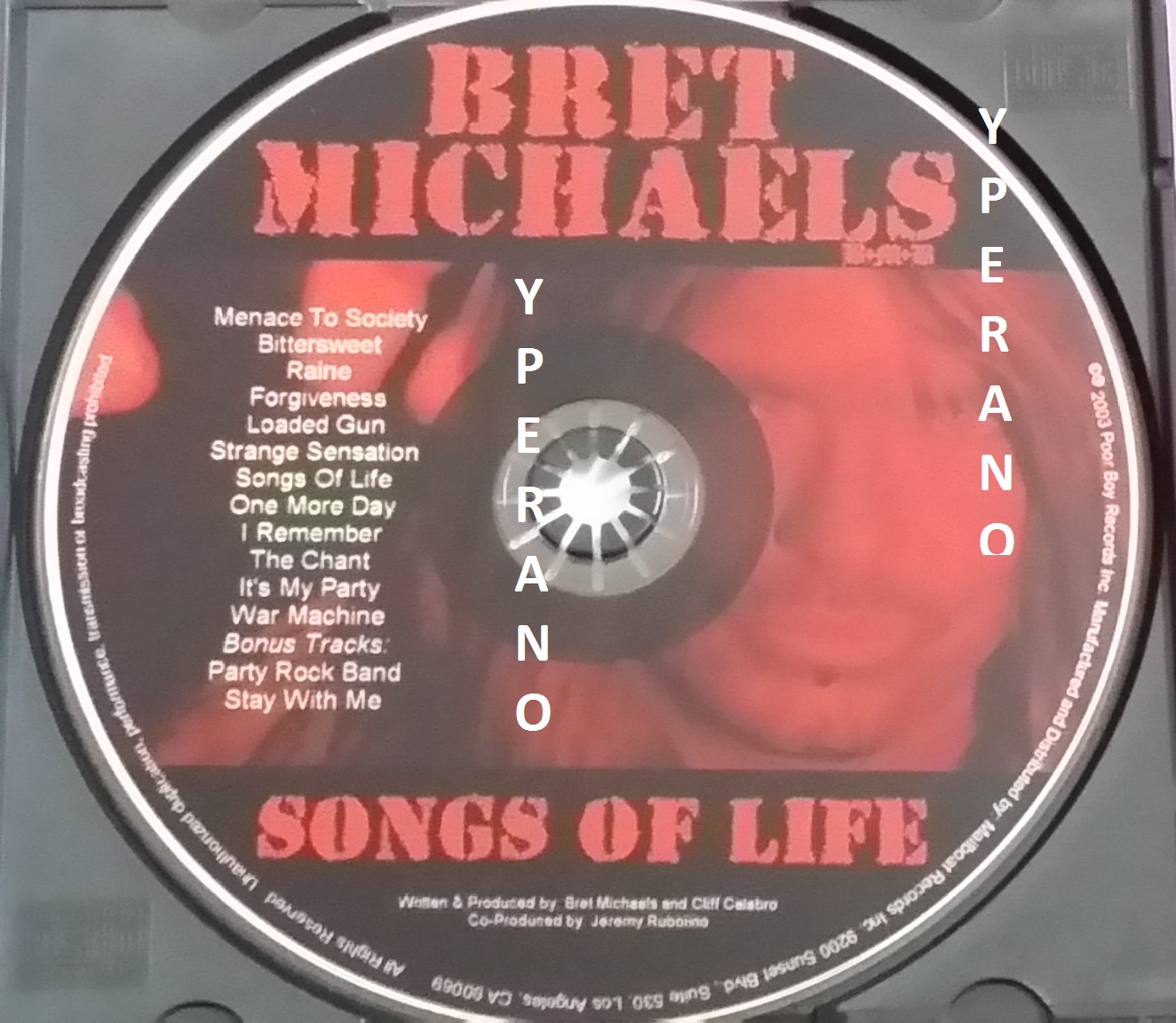 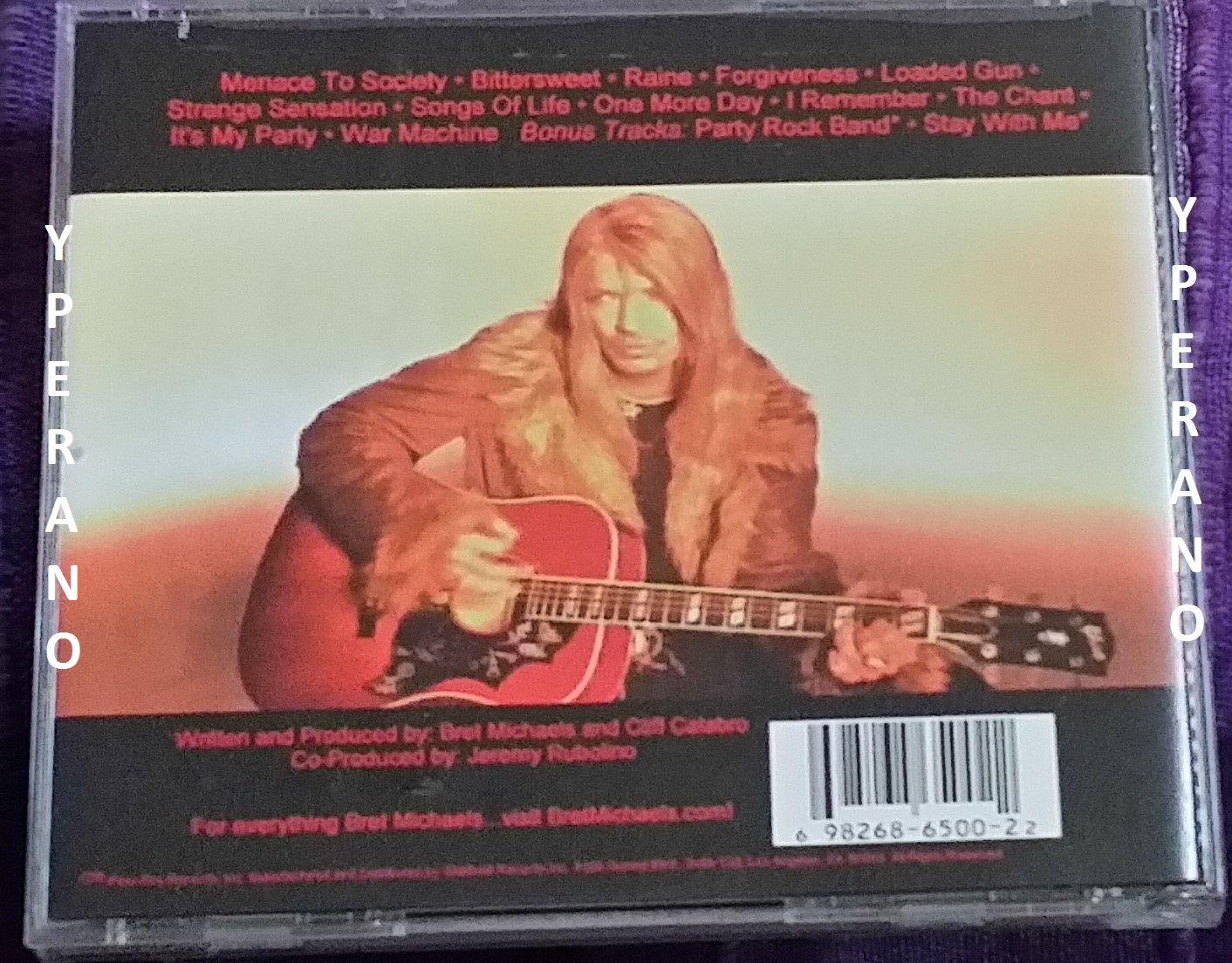 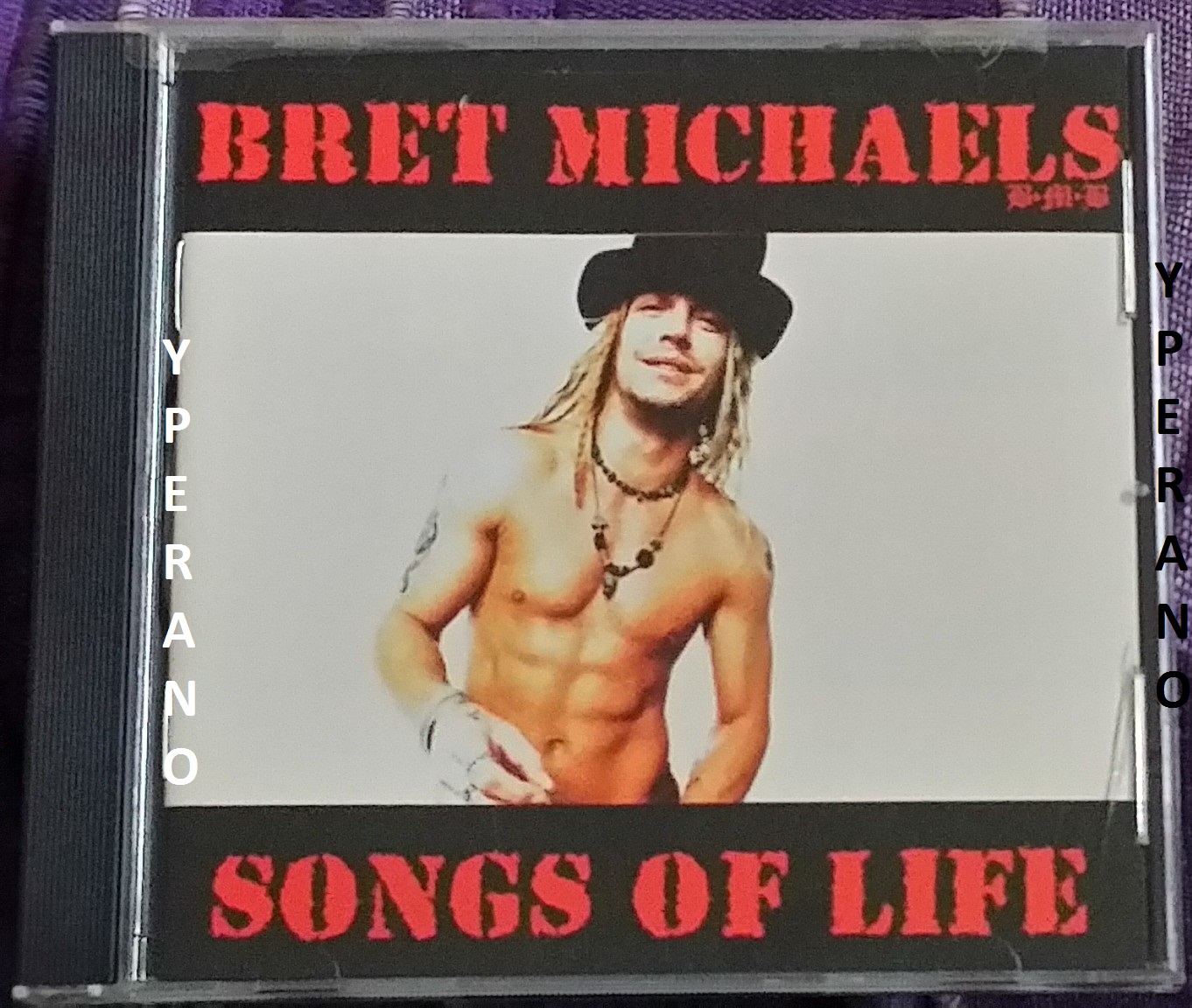 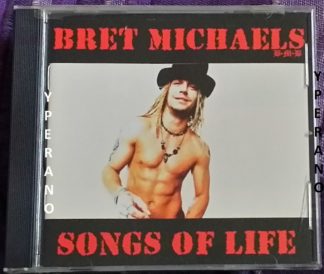