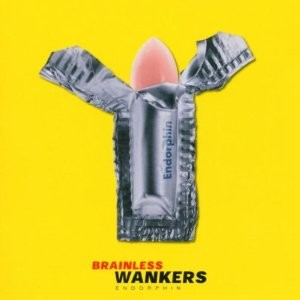 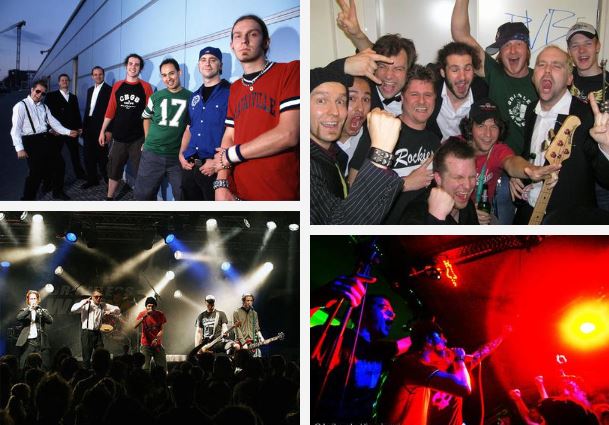 12 songs that were made in 2000 on Brainspot Records. This 4 piece band has been around for nearly a decade, makes a 34 minute dent in the punk universe, averaging at about 2:50 a song. Innovative is the first word that comes to my mind when I first begin to listen to Endorphin. The vocals are supersonic and the horns add so much to the mix. The inclusion of such voices to the chorus also makes “Pogo Prose” such a memorable leadoff song.
All the songs on the disc are solid works, with comparisons to various bands easily found, such as the Mighty Mighty Bosstones (The Right Way) and Pennywise (Bereft of Content). While the album is self-released, this is recorded so well that one things that the Brainless Wankers are on a major label. With the horn playing such a role on the CD, one would think that he would be offered a permanent gig as an official member, as he is definitely worth their time.

The Brainless Wankers get fast and furious with tracks such as Bereft of Content, but are able to drastically change the tempo without alienating a major part of their audience. As the CD goes on, Oliver’s vocals become more like Dexters from the Offspring (In a Good Sense).
“12 Hours More” brings the multi-part harmony to free the band from any ruts that they might have dug themselves into. “Holiday From Happiness” starts out very differently from the rest of the CD before breaking back into the same style of music the CD is known for having. This is not a bad thing, as the general sound of the Brainless Wankers is just fantastic. “Borsig Locomotive” also introduces an amazing bass line, which isn’t major until the part of the CD. The Wankers are one of the most polished bands to come from Germany. 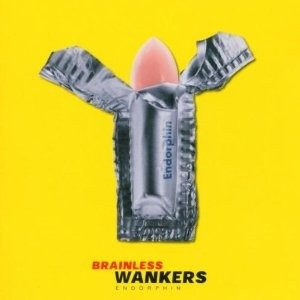