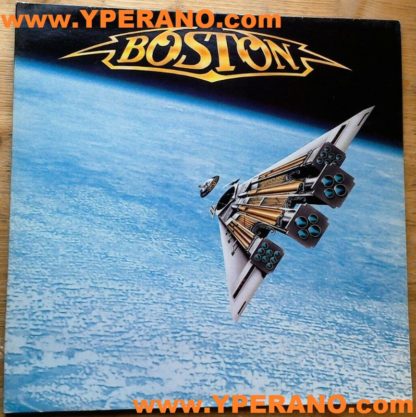 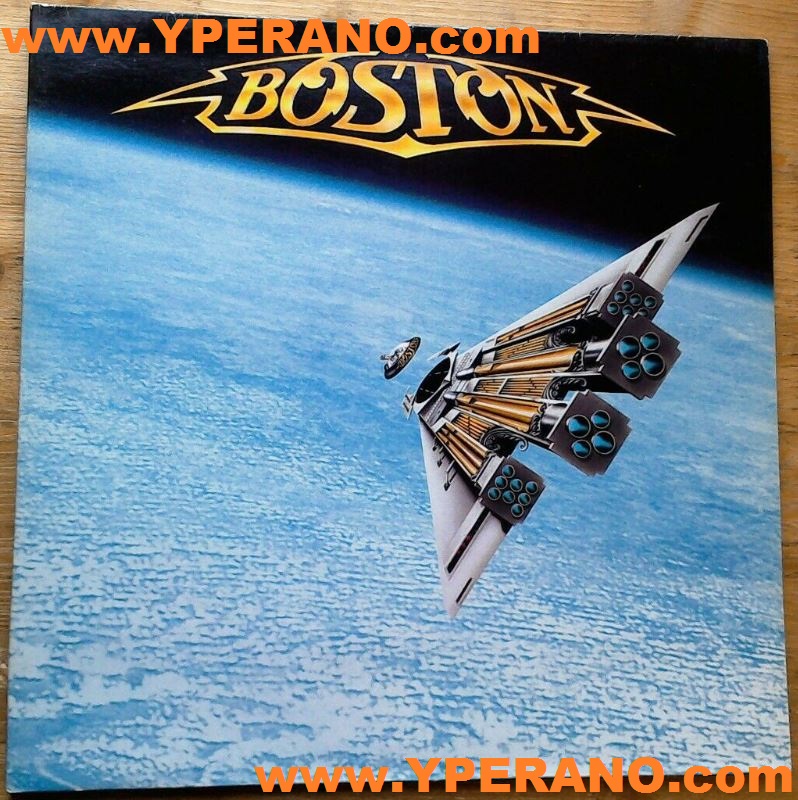 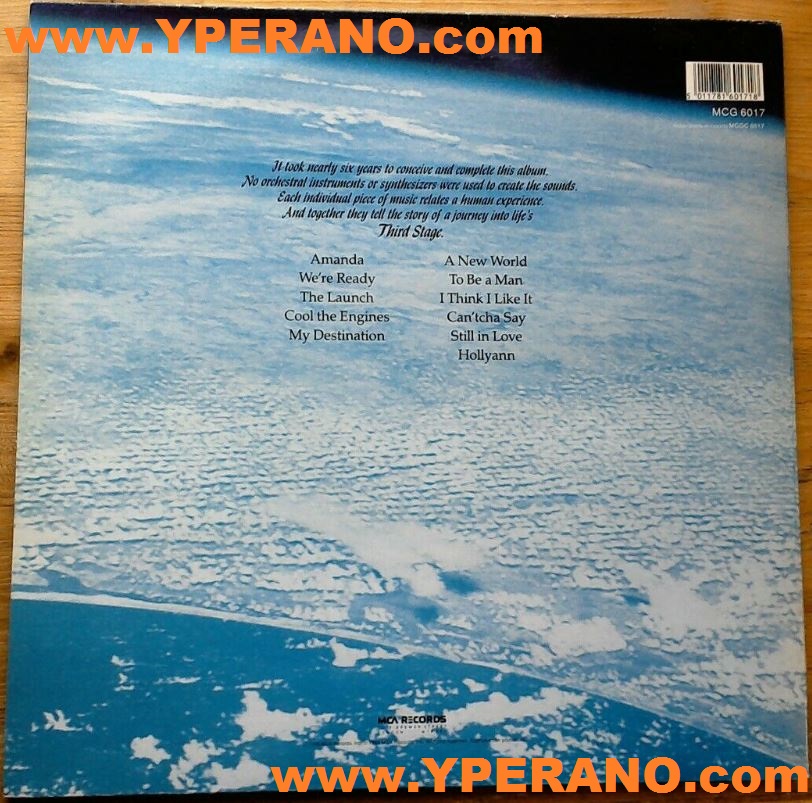 During the eight-year hiatus between DON’T LOOK BACK, Boston sophomore release, and 1986 THIRD STAGE, every member left the band, save guitarist/leader Tom Scholz and singer Brad Delp. And while many other ’70s rock monsters struggled to stay afloat in the ’80s, Boston had no problem making the transition. THIRD STAGE was another big hit, powered by the Top-10 power ballad “”Amanda””.
Boston doesn’t stray from its classic sound here. THIRD STAGE standouts such as “”We’re Ready””, “”Cool the Engines””, and “”Hollyann”” pick up right where DON’T LOOK BACK left off.

Third Stage is the third album by American hard rock band Boston released September 23, 1986 on MCA Records. It was recorded at Tom Scholz Hideaway Studio over a six-year period “”between floods and power failures””.
After winning a legal battle with Epic Records, Scholz switched his band recording label to MCA. The album first track, “”Amanda””, was actually written in 1980 (when Boston began work on the album) and became the band only #1 single. It reached and stayed at #1 for two weeks in November 1986. It was followed by the second Top 10 single from the album, “”We’re Ready””, which reached #9 in 1987.
Third Stage went to #1 on the Billboard 200, where it stayed for four weeks. It was the first CD-formatted album to be certified gold (500,000 copies) by the RIAA. It was also certified gold in the LP format, making it what is believed to be the first album certified in both of these formats. In all, the album was certified 4x platinum.
The album was a first in many respects: the first Boston LP to feature electronic drum samples, the first to feature songs not written by either Scholz or Brad Delp, the first Boston LP without original members Barry Goudreau, Sib Hashian and Fran Sheehan (though Hashian and Sheehan were included in the early recording sessions and Sheehan received a writing credit), and the first (and only) Boston LP without the iconic guitar UFO dominating the cover art, though a small image of it is present. The spaceship on its cover art later appears on the disc of their next album, Walk On. Original drummer Jim Masdea (who played on the demos that made a bulk of the first Boston album) plays drums on most of the album. This LP was also the first Boston recording to use the Scholz-invented Rockman guitar processor. No orchestral sounds or synthesizers were used on the album. 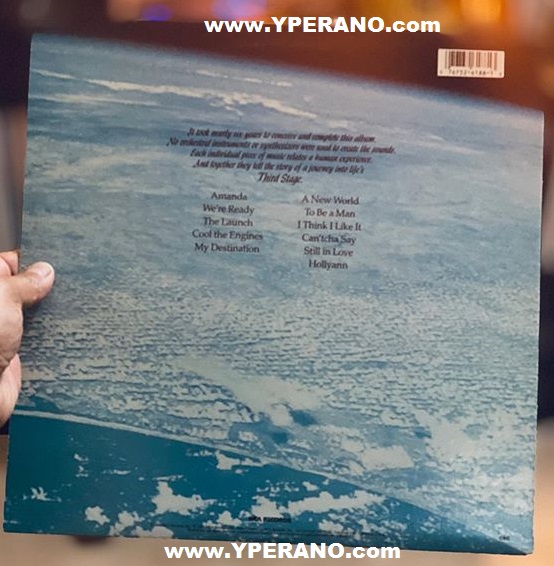 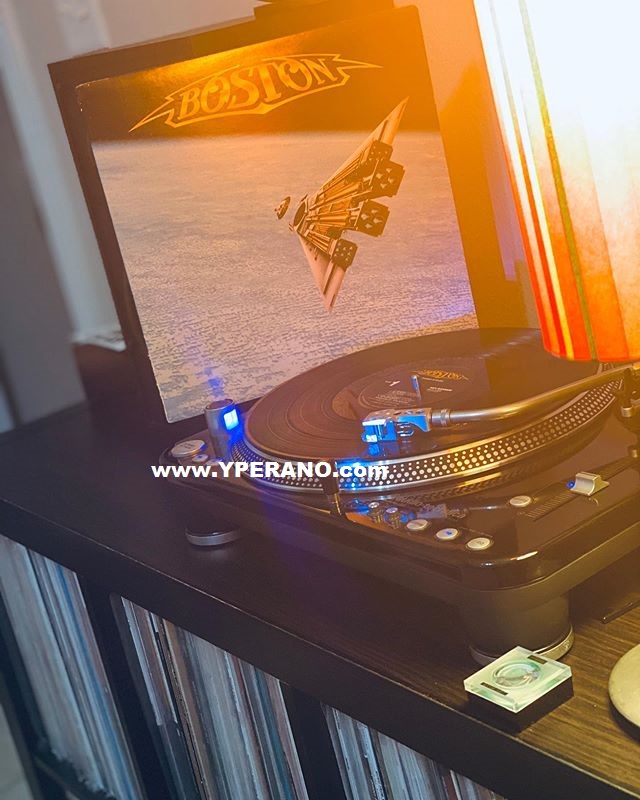 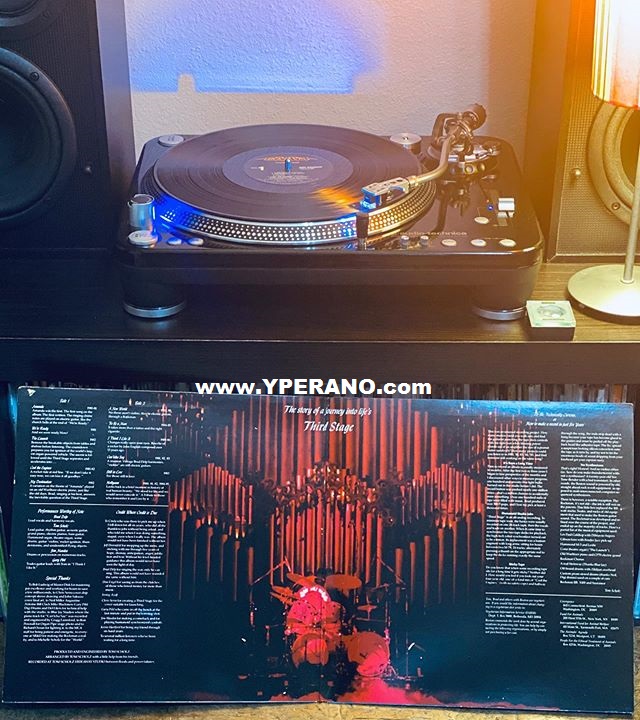 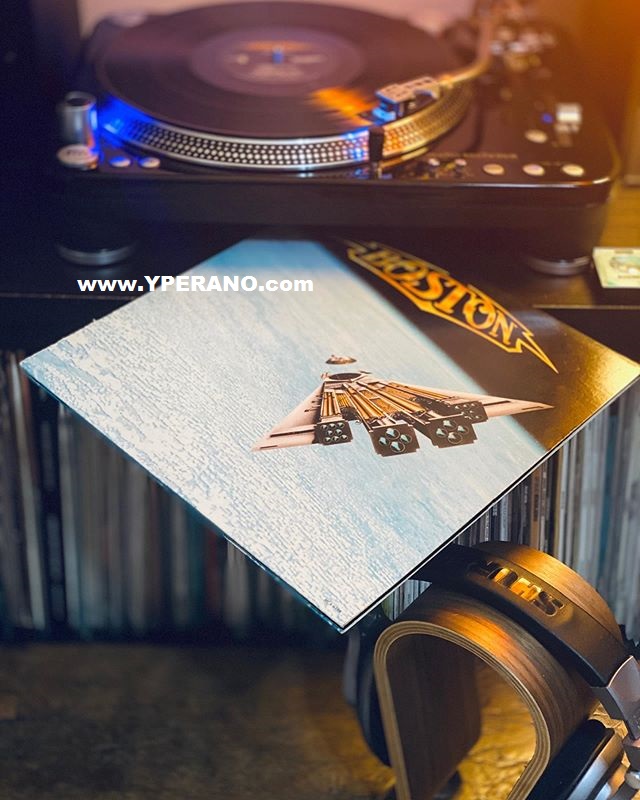 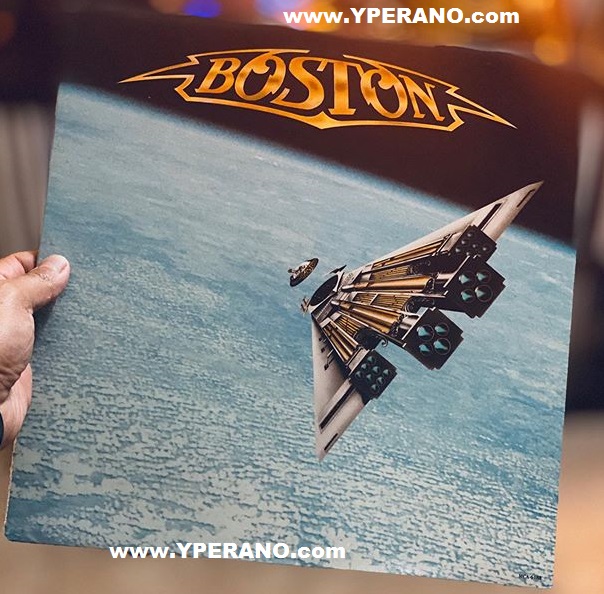 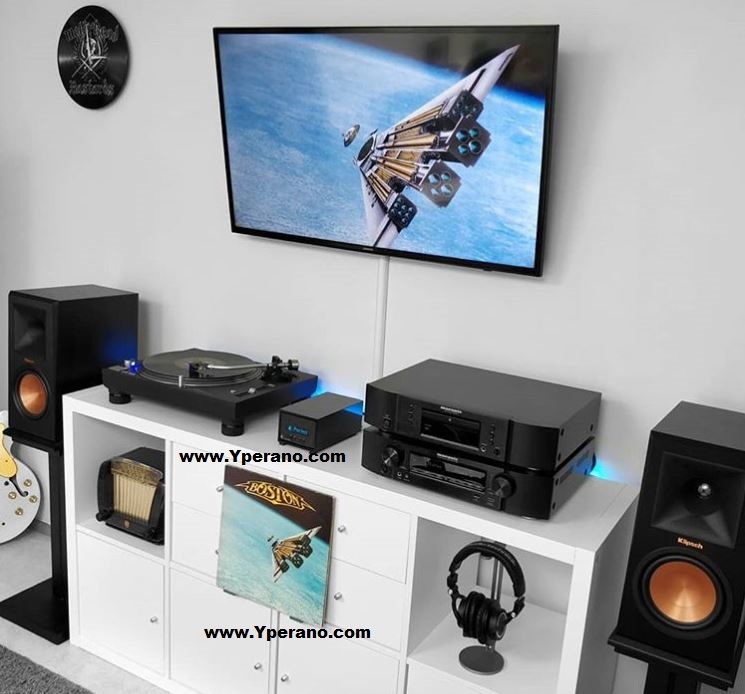 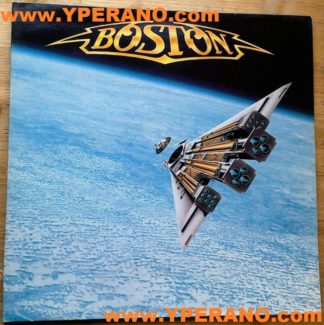