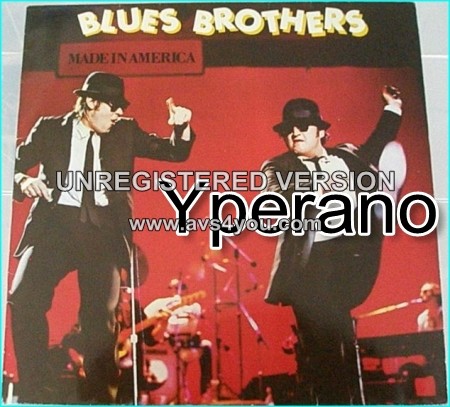 Blues Brothers: Made In America LP 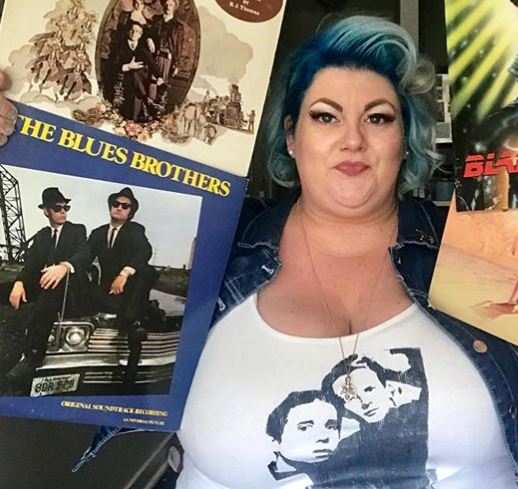 Made in America is the third album by The Blues Brothers. The second live album by the band, it was released in December 1980 as a followup to their hit film released that year, The Blues Brothers. To support the film, the band embarked on a 22 dates tour in North America, culminating with seven dates at the Universal Amphitheater in Los Angeles. Keyboardist and musical director Paul Shaffer, sax player Tom Scott and drummer Steve Jordan, who were absent in the film and the soundtrack due to scheduling conflicts, reprised their roles as full-fledged band members. Drummer Willie Hall was let go but the band decided to retain Murphy Dunne, who had replaced Shaffer in the film, as additional keyboards player. Session man Jeff Mironov was brought in to provide additional guitar for the record.

Like the Blues Brothers previous albums, Made in America showcases a selection of blues and rhythm and blues standards. “Joliet” Jake Blues (John Belushi) was particularly keen on singing Randy Newman’s “Guilty”, a song who had a deep biographical meaning to him. In the album “Guilty” leads into a rendition of the theme from the TV series Perry Mason and Jerry Leiber and Mike Stoller’s “Riot in Cell Block No. 9”, establishing a narrative of guilt, trial and sentence. “Green Onions” marked the first occasion two of the band members (Steve Cropper and Duck Dunn) performed their own material, the song being a standard by Booker T. & the M.G.’s.

Released in December 1980, Made in America was the Blues Brothers’ third consecutive album to enter the Billboard top 50, peaking at No. 49. “Who’s Making Love”, released as a single, cracked the Top 40 at No. 39. A second single, “Going Back to Miami”, would peak at No. 108.

Made in America was the band’s last album in its original incarnation. Following Belushi’s death in 1982, the group disbanded for a few years until reforming in 1988 with Leon Pendarvis replacing Shaffer and Danny Gottlieb replacing Jordan. (Scott had left the band at the end of the tour following a salary dispute).

5.0 out of 5 stars Jake and Elwood doing their post movie thing!
This album is on a par with the live performance given on the “Briefcase Full of Blues” album. Features the Booker T. and the MGs’ “Green Onions” performed by the Band with Elwood putting the world to rights about how great America is to produce such great music. (Though wasn’t it us Brits who created the Beatles?). However, Elwood does a great job in winding up the crowd to a frenzy in the second half of the show. Jake gives his all on all of the tracks, especially “Goin’ Back To Miami” which finishes with a bang. This third installation shows how live music can be more exciting than pre-recorded studio hits. Fantastic.
—————————————————–
5.0 out of 5 stars buy,
If you like the blues brothers film sountrack then you’ll love this. Don’t waste any more time and add this to your collection.

Be the first to review “Blues Brothers: Made In America LP” Cancel reply 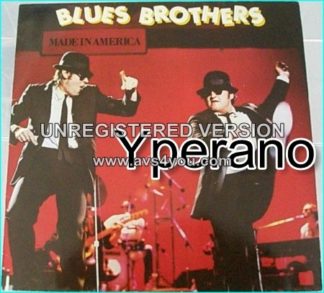 You're viewing: Blues Brothers: Made In America LP £4.40
Add to basket