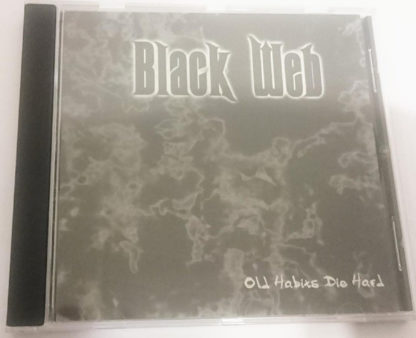 Black Web is a new Swedish band whose name you should remember from now on, because they are one of the best newcomers. The band started out in 1992, but this is their first album release so far. The music of Black Web is a hybrid between hard rock and metal, but what stands out the most is the remarkably strong vocal work, which reminds me a little of Lemmy Kilmister at his best. This record is definitely worth buying if you are into any kind of heavy music. Fans of Motorhead will probably love this album. The first half of the album is amazing and you just have to listen to the title track “”Black Web””, which is one of the most powerful tunes ever. I think they will appeal to you whether you are a fan of metal or hard rock. Let’s just hope that they can continue in the same vein in the future. Check out this band and your life will never be the same again..

Hard Hitting Metal, The style of Motorhead and L.A. Guns all in the same CD but with a new age style,very tasty grinding guitars and VERY good vocals with a pounding Bass and Drums background.

Black Web is a true Hard-rock / Heavy metal band and has been around in today’s line-up since 2001. The line up consists of: Urban Guitar and Vocals, Andreas Guitar, Lars Bass, Markus Drums. Black Web is situated the northern parts of Sweden. The music is often described as motorhead Metallica stylish metal but with Black Web’s personal style and heavy power to it. This can really be heard on the bands new record  Old habits die hard which has been released by Vision Metal Records in the United States. Vision Metal are well connected in the business and they have personnel who are very interested in music themselves so the band are very happy to work with VMR.
Bring on the glowing blade, Say what you will and  Mind control  are songs from the new album who have all been hits to people having heard them live or on the record, some of them have also had some radio-time in Sweden.
Although it is never easy when you are not signed to a record label the band has struggled very hard to secure gigs in order to spread the name further but of course also because playing live is something all in the band really love to do (the fans seem to love it too). 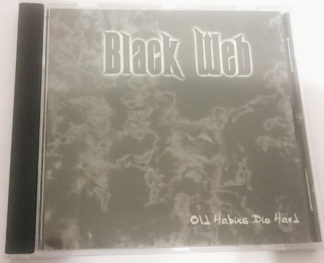