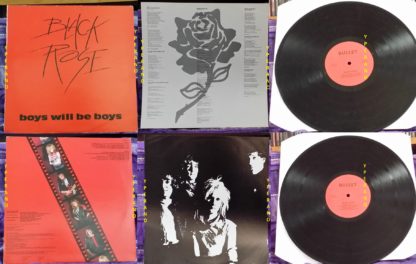 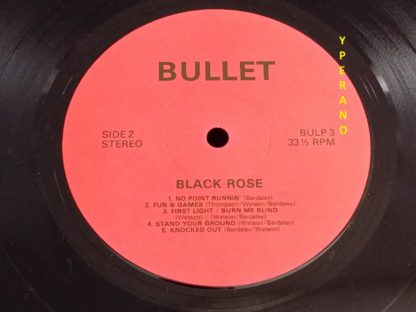 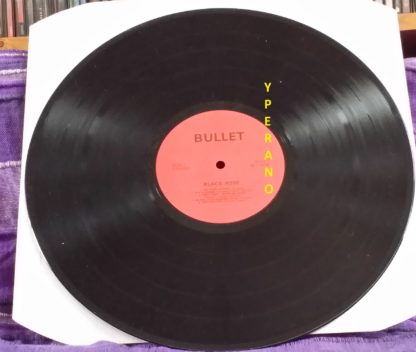 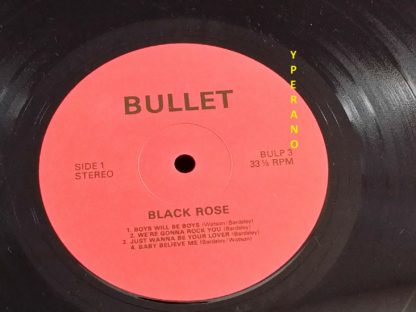 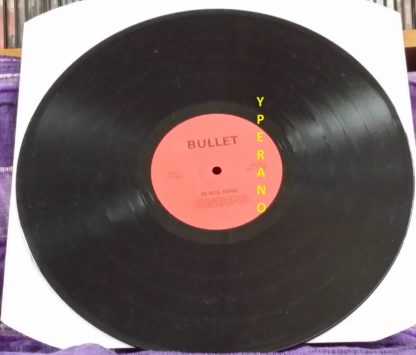 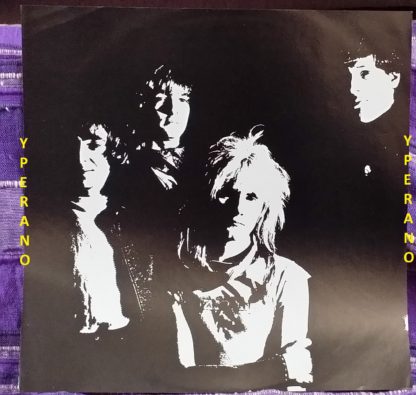 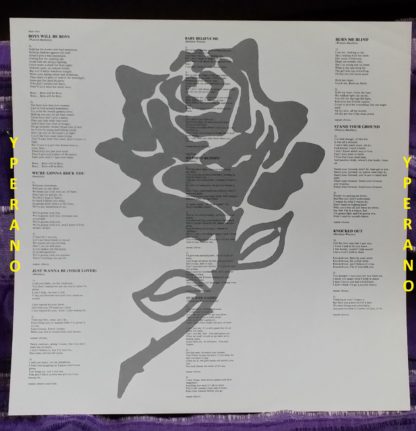 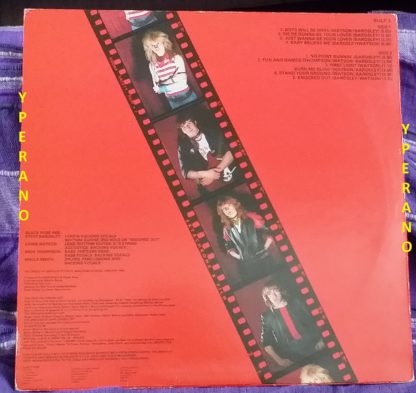 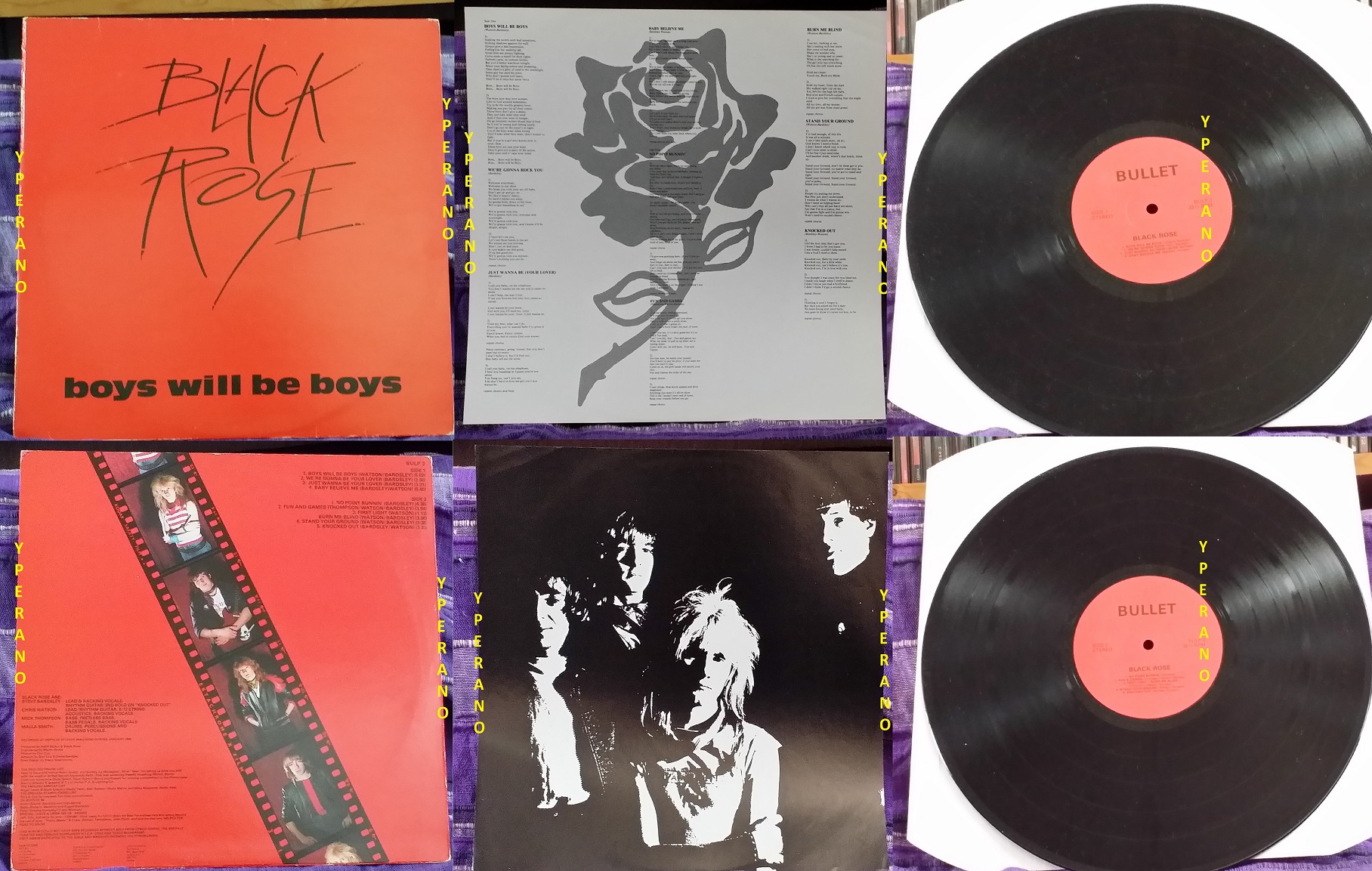 It is tough, gritty and raw. From the rabble rousing title track, through the lumbering ballad “”Baby believe me”” to the Maiden-esque “”Knocked Out”” it throws all the right shapes and bobs and weaves with the best of them.
A riotously respectable packaging. 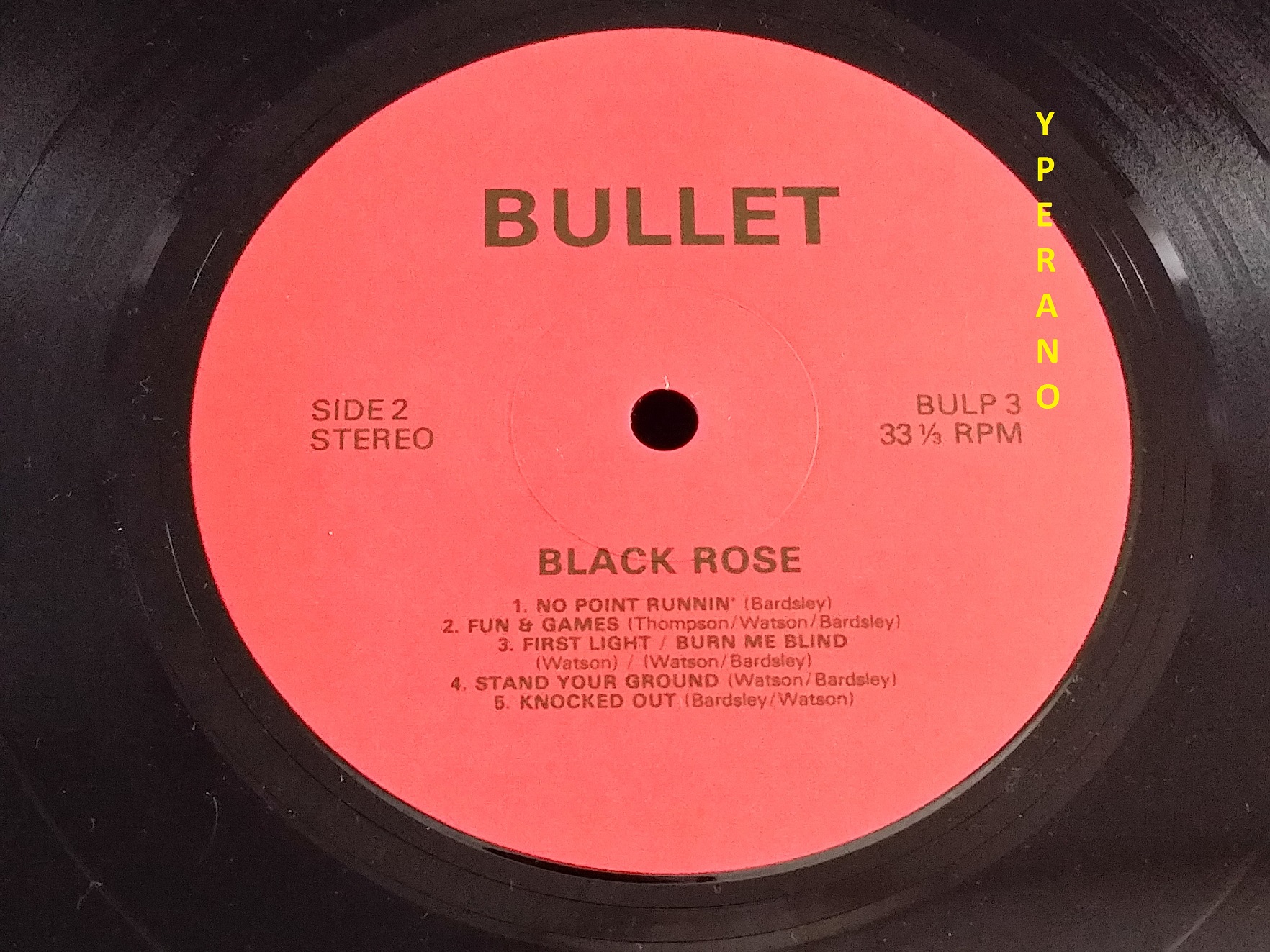 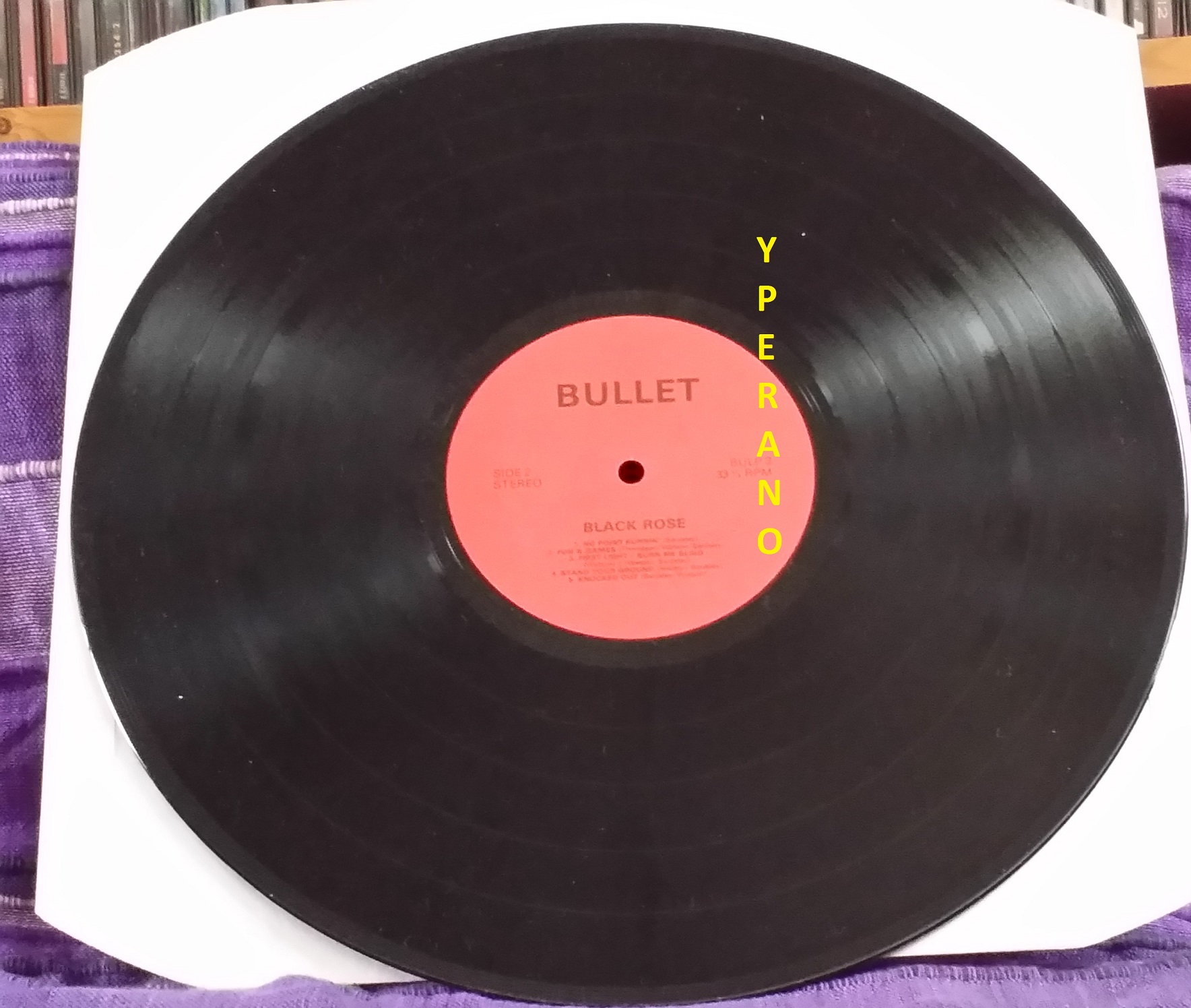 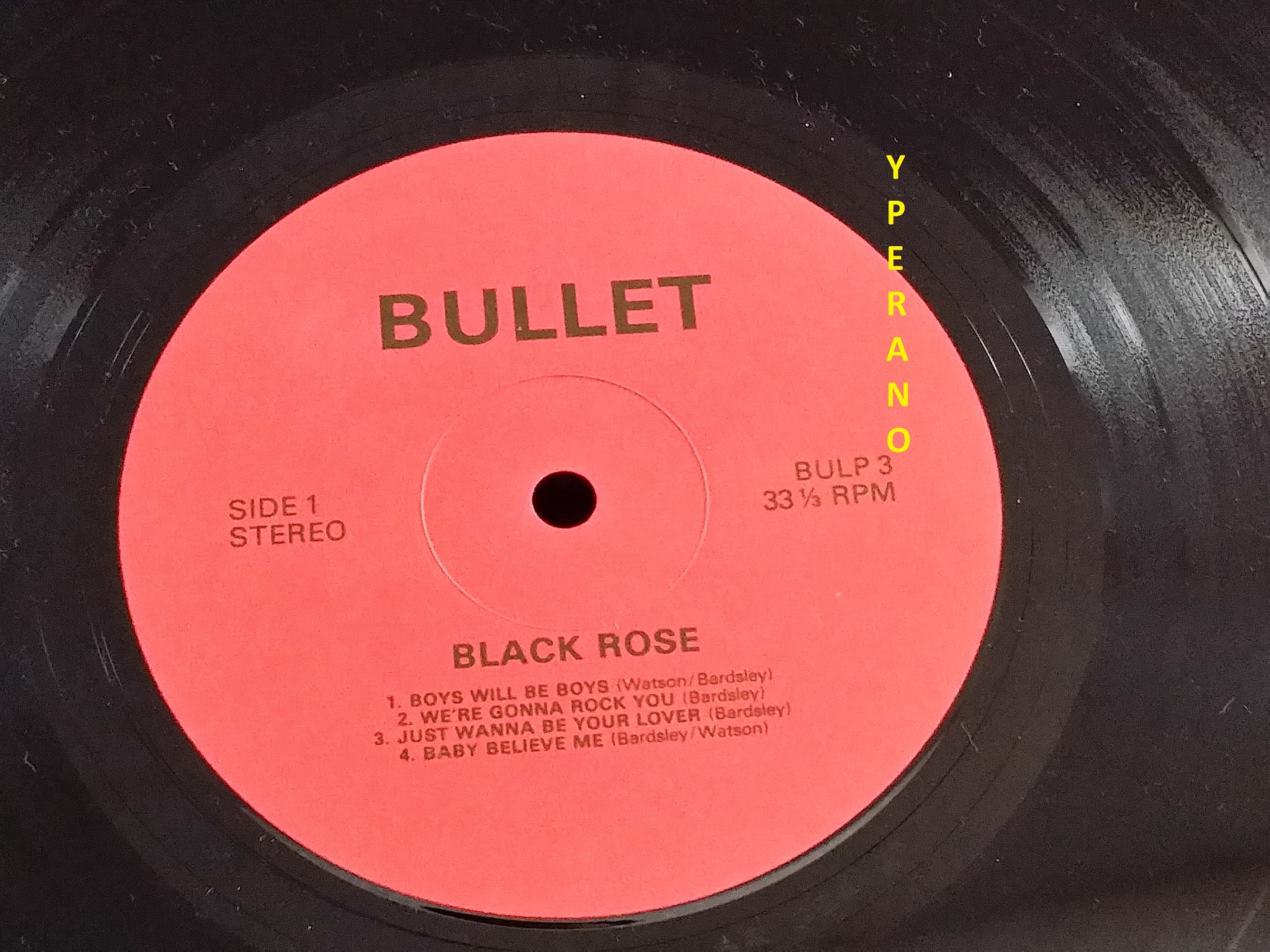 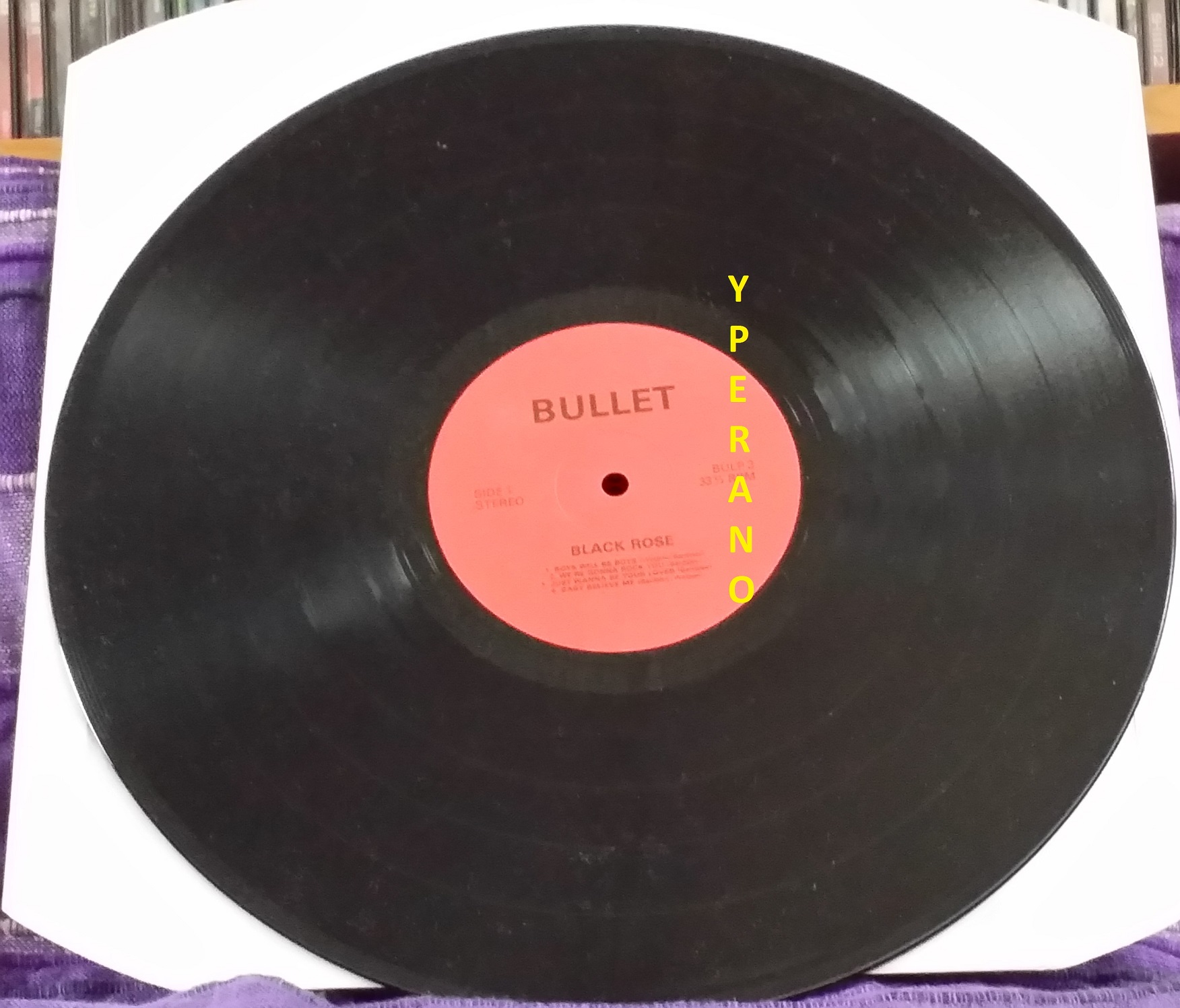 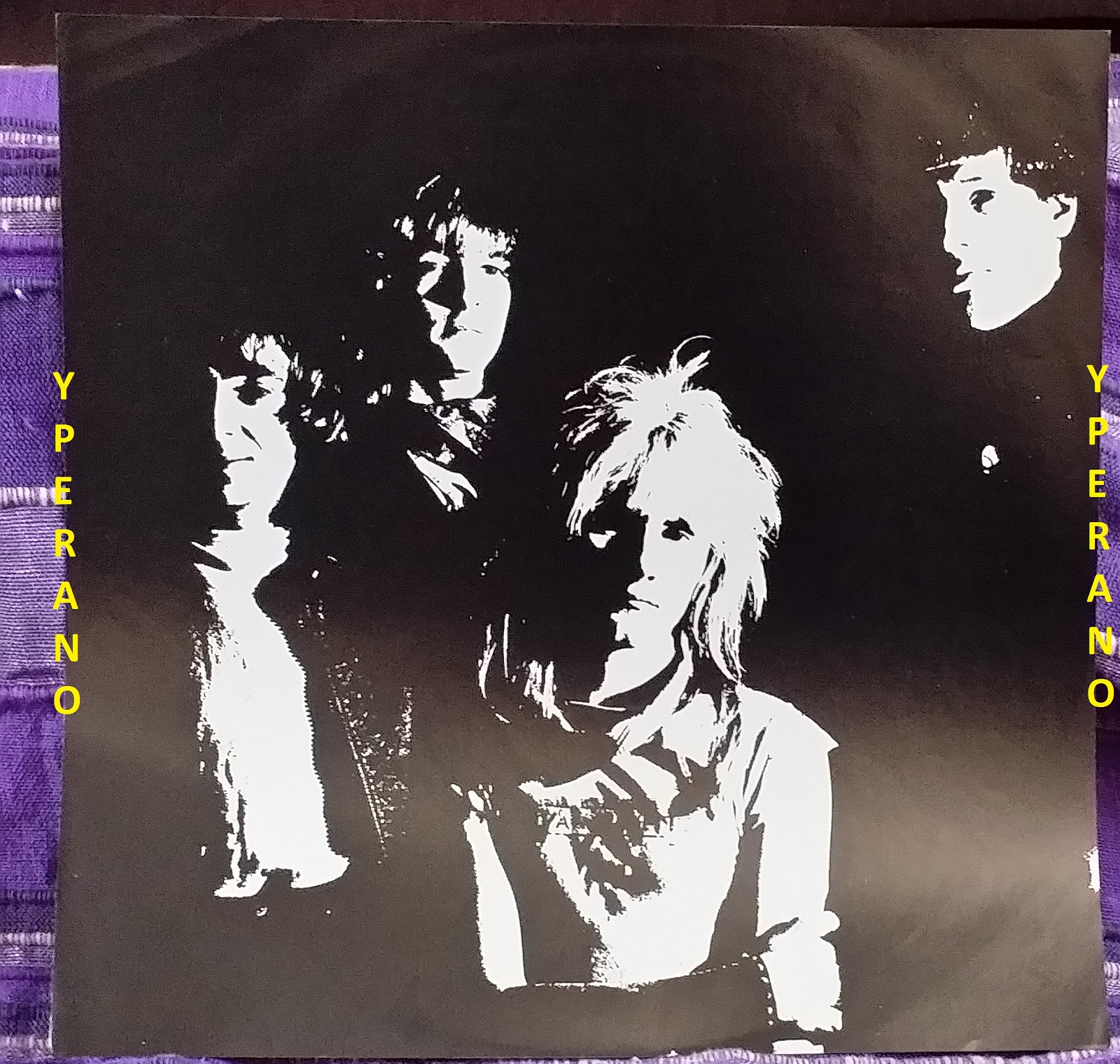 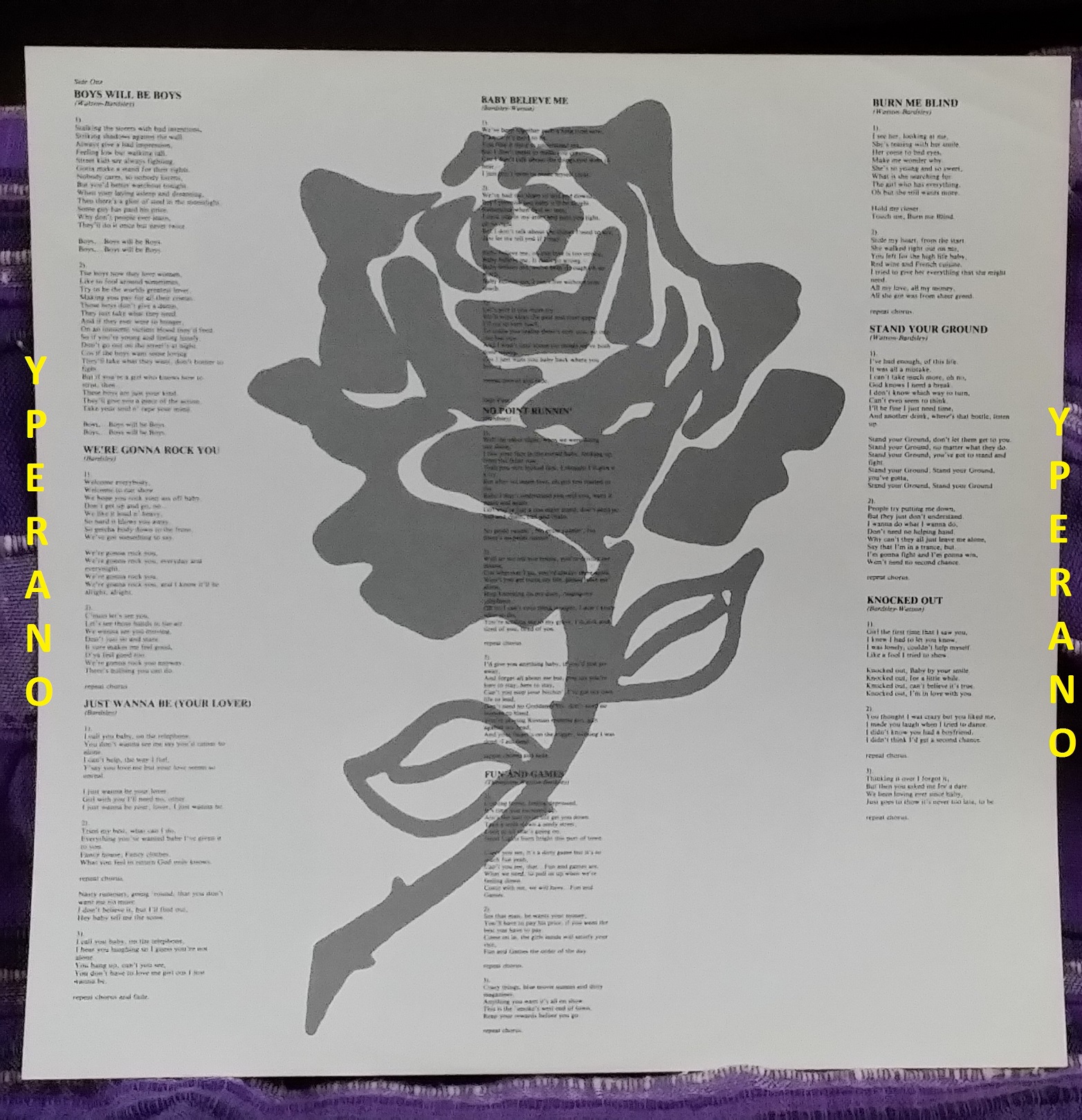 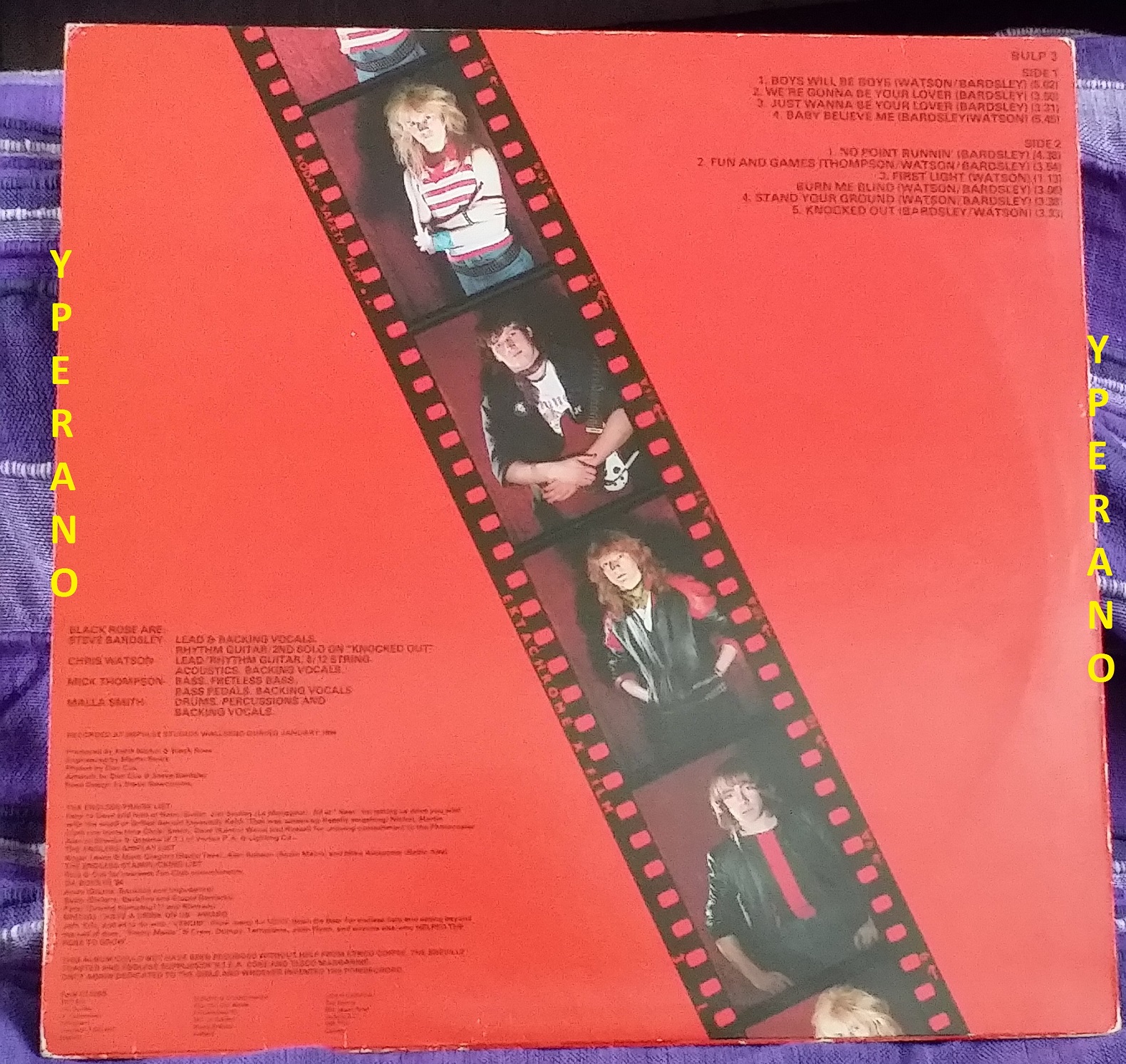 The album got positive reviews from the UK and from around the world and with ‘Rose’ fans were popping up all over the place, Europe, the US, Canada, Japan and even Brazil, it was looking like this might be the shape of things to come. The band even got to play at hallowed ground for them. Newcastle City Hall supporting Atomic Rooster and Spider . A couple of Major record companies were starting to take an interest, both Bronze ( Motorhead and Girlschool’ label) and Atlantic (loads of big name bands) came to see the band perform in London at various venues but unfortunately it never materialized into a concrete deal.

Black Rose is a band likely to be on few peoples favourite lists, but their early shit was actually pretty good glam metal, with some similarity to early Motley Crue. Their first full length and EP are great, along with all the material from this era – besting their later, softer and duller efforts. This single features the title track from the debut album, as well as a b-side which wouldn’t make it onto any of their other offerings.

â€˜Boys Will Be Boys- itself is a tough, rebelliously themed anthem that-s half US glam, half NWOBHM – making for a decent overall package, worth checkin- out. In fact; it ends up sounding something like the first Great White EP. Bardley-s vocals are raspy and tough, well suited to this type of material, and retaining much of the typical NWOBHM tone in comparison to on the softer, later stuff. There-s not too much vocal showiness, just a couple of high shrieks, rather understated. Drums are the typically reverb heavy snare, with little inventiveness and pound along with the mid tempo. Guitar riffs are of the simple, power chord hitting, crunchy variety, while the solo while not bad is exactly what you-d expect.. Meanwhile the chorus is typically bombastic and simplistic – rather chanty, and fists in the air sorta stuff.

Overall a pretty decent track for the glam/traditional vein style, retaining just the right amount of toughness and melody. Certainly better than a lot of their later stuff, which became far more commercial and watered-down sounding. If you were thinking about checking this band out – this track is an example of their better, earlier work. Here they still have balls, and craft out a rough edged glam sound with enough metal in the mix to make it acceptable. This track or the full length serve as a recommendable introduction to the band. Still early enough in 1984 for the harder edged sound to be acceptable, in comparison with the softer, saccharin sound of the later 80. 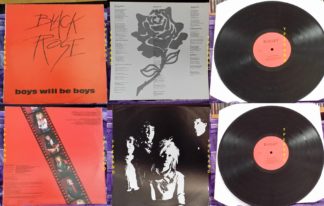