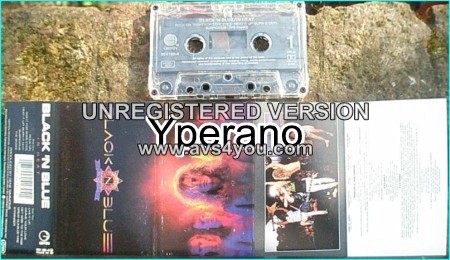 with Tommy Thayer guitarist of KISS 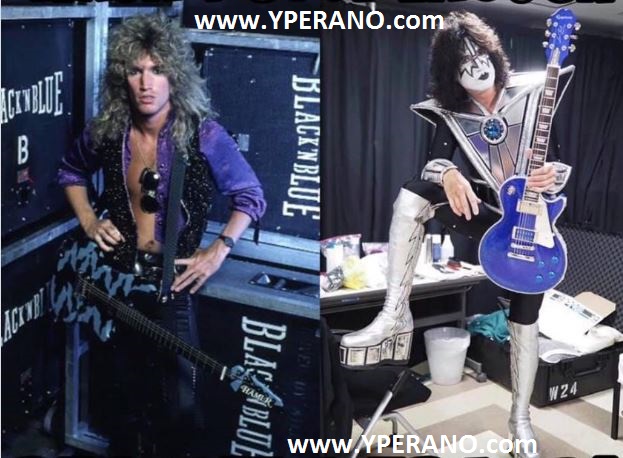 In Heat  is probably the best BLACK N BLUE album. And although the band had a loyal fan base, they didn’t really make it really big even with this superb Gene Simmons produced, album. What a shame. Very DEF LEPPARD like) this should have been bloody huge. Every song is a little melodic dynamite.  Rock On, Sight For Sore Eyes, Heat It Up! Burn It Out! It doesn’t get any better than this. Unfortunately the band called it a day after this one, This was probably their finest hour. Don’t miss this for anything in the world. Essential

Black ‘N Blue ‎– In Heat
Label: Geffen Records ‎– 924 180-4
Format: Cassette, Album
Country: Germany
Released: 1988
Genre: Rock
Style: Hard Rock
Tracklist
A1 Rock On
A2 Sight For Sore Eyes
A3 Heat It Up! Burn It Out!
A4 Suspicious
A5 The Snake
B1 Live It Up
B2 Gimme Your Love
B3 Get Wise To The Rise
B4 Great Guns Of Fire
B5 Stranger

This is a very underrated 80’s LP. I find it’s their best effort, but unfortunately their last. Songs like “”rock on””, “”live it up””, and “”get wise to the rise””, which has to be the most melodic hard rockin’ kick ass song in their whole career.

Tracks:
Rock On: Great intro tune, excellent melody
Sight for Sore Eyes: A bit of a departure, okay tune
Heat it Up, Burn it Out: Great builds up, strong rhythm
Suspicious: Okay attempt at a radio friendly song
Snake: Great rocker
Live It Up: I remember they closed a concert with this one. One of the classics on this album.
Gimme Your Love: Another awesome song
Get Wise to the Rise: One of my favorite tunes of all time – can’t beat the lyrics and killer beat
Great Guns of Fire: Awesome rockin’ tune – faster paced
Stranger: Slow tune that isn’t all that great. Would have preferred to end the album with Great Guns of Fire.

This is an awesome album and their most mature effort. All their albums are good but this is their best one overall. This one shows their energy, passion, and awesome musicianship. It’s a shame they weren’t more popular – this album would have gotten them there if they’d received more promotion.
============================================
5.0 out of 5 stars The Heat is on…..,
Many people believe that this is the “”weaker”” of the 4 studio releases from Portland’s much underrated rock band B’n’B.I beg to differ. While not as raw as their debut,and not as pop-rock as Without Love,In Heat,in my opinion is just as impressive as it’s predecessor “”Nasty Nasty””. I believe that B’n’B were trying one last attempt to garner some mainstream attention, and for some reason,it never happened. How bands like Britny Fox, Kix,and Bulletboys were somewhat house hold metal names,where B’n’B was an afterthought, is beyond me. No,it’s not heavy metal,but how can you not enjoy such tracks as Suspicious, Live it up, Heat it up…Burn it out, and of course get Wise to the Rise!

The album is produced by Gene Simmons of Kiss. St. James is again a shining point of the album, with this usual balls to the wall vocal delivery. St. James seems to be forging ahead full steam in every single songs. There are plenty of lively guitar solos to be found.

Many positive points to this album.  Jamie St. James energetic vocals elevate this album to a degree, as does the healthy dose of guitar soloing and shred work. Songs like Great Guns of Fire and The Snake are more reminiscent of the band’s earlier work. The harmony vocals are again strong, and you will hear several catchy moments within most of the songs. 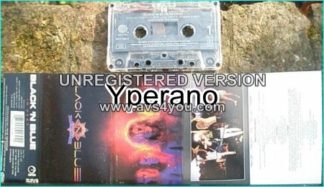