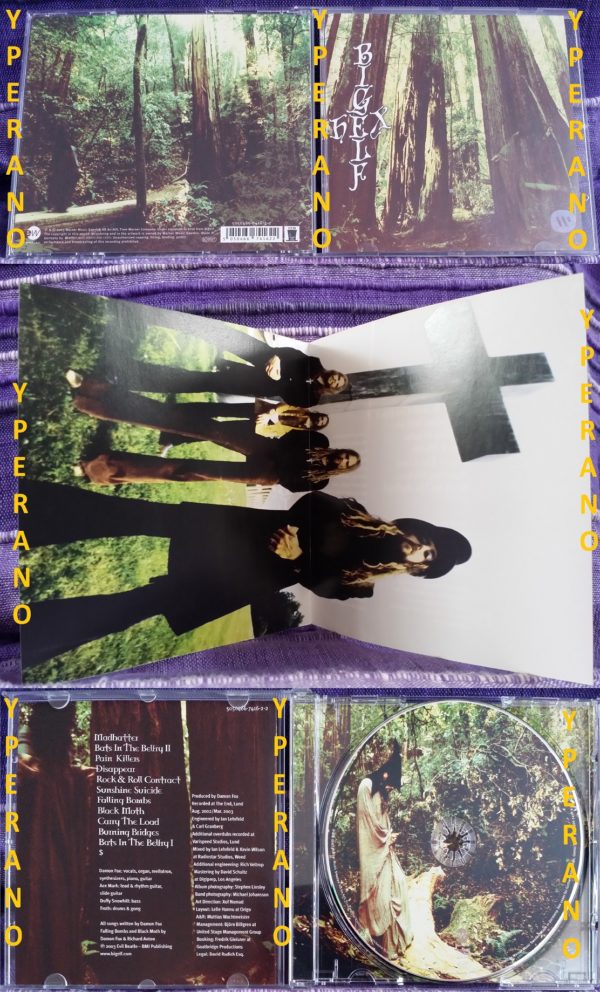 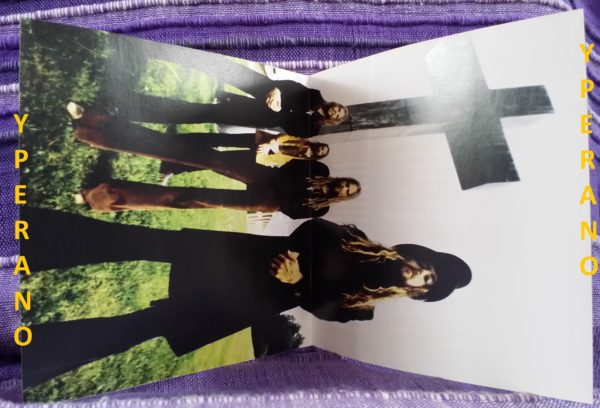 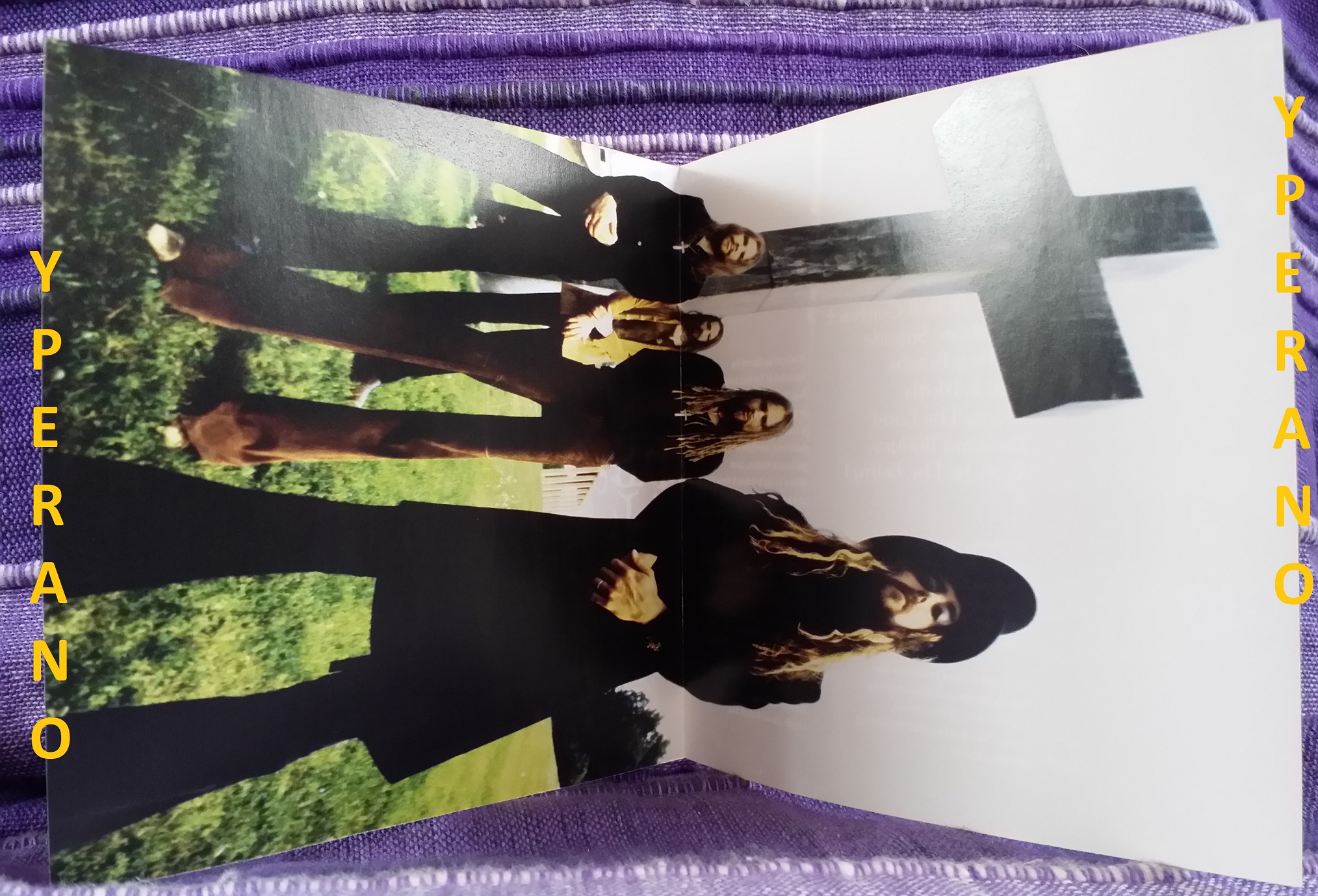 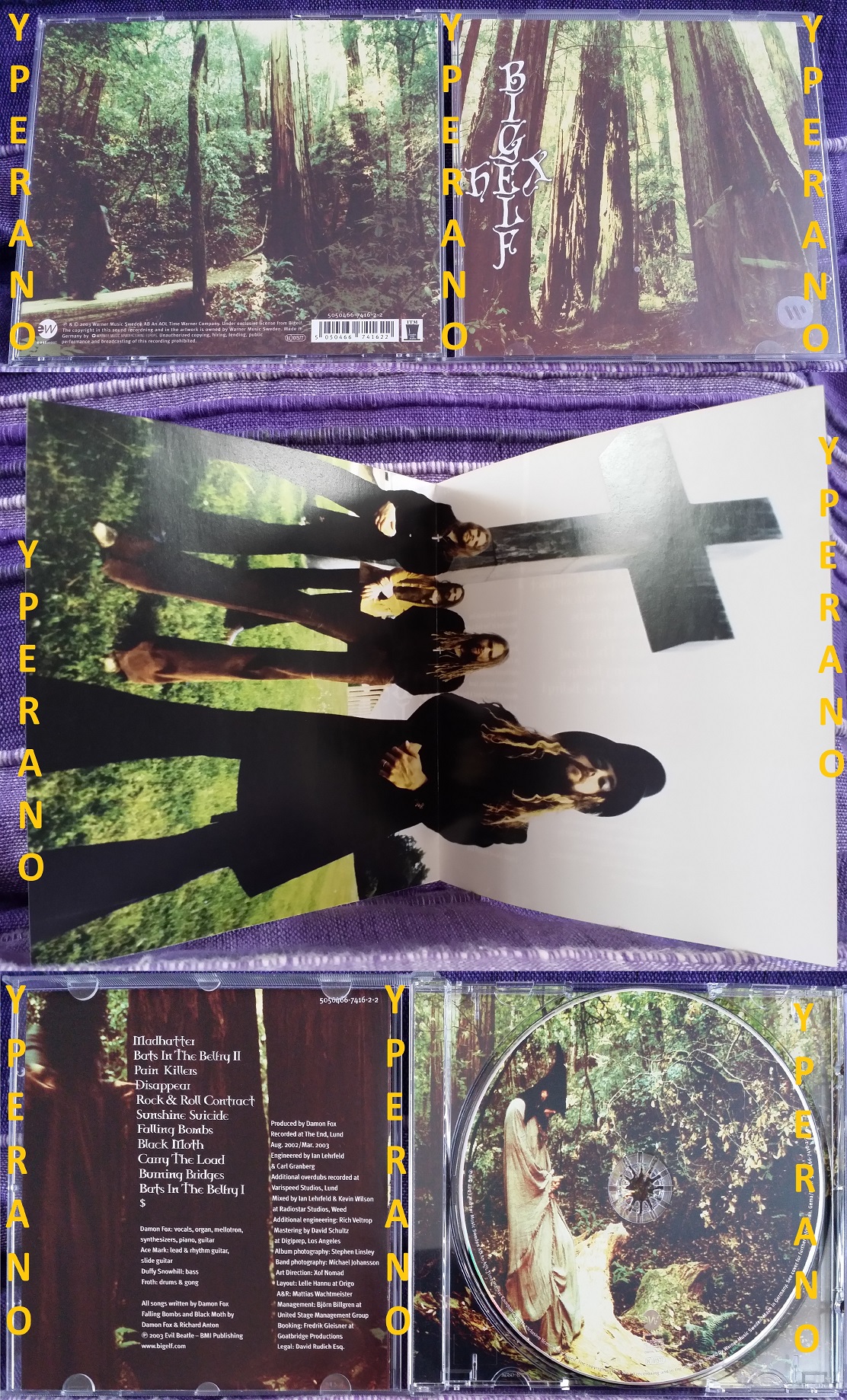 Personnel: Damon Fox (vocals, guitar, piano, organ, Mellotron, synthesizer); Ace Mark (guitar, slide guitar).
Recording information: The End, Lund; Varispeed Studios, Lund.
Retro-rock was once thought of primarily as merely a bunch of shtick. But with the sound of a good old-fashioned rock band letting it rip in the studio (without a hint of ProTools foolery) becoming increasingly harder to come by during the early 21st century, retro-rock may be looked upon in a different light. Take for instance, Bigelf. If you take a gander their 2003 release (THIS IS AN ORIGINAL SWEDISH COPY), Hex, you’ll see four impressively hairy gentleman, striking a pose (in front of a mammoth cross, no less) straight off the back cover of an early-’70s Black Sabbath record. As a result, it may be tempting to pass off Bigelf as one of the countless doom metal bands that have made a career out of merely copying Master of Reality. But dig a bit deeper, and you’ll find tracks that show “the elf men” have studied their Beatles — or perhaps more succinctly, ELO — such as “Rock & Roll Contract,” and even a nod to Pink Floyd on “Bats in the Belfry II.” But make no mistake, Bigelf are indeed Sab-heads, as evidenced by such delightful metal plodders as the album-opening “Mad Hatter,” as well as “Sunshine Suicide” and “Carry the Load.” Bigelfs Hex should appeal equally to doom metallists and Wolfmother admirers.