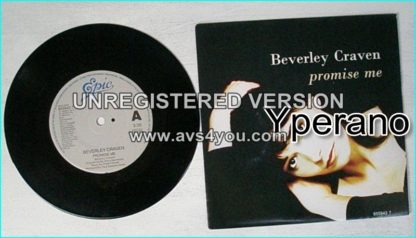 ‘Promise me’ was the debut single from Beverley Craven. It was released in the summer of 1990. While her debut album reached number 3 in the UK albums chart, this single did not reach the UK singles chart. Meanwhile, it was a big hit in Europe, reaching number 8 in the Dutch Top 40 for instance.

The song was recorded in a Chinese version performed by Sandy Lam a year later. The song was also covered by Bulgarian-born French singer, songwriter and harpist Rossitza Milevska on her debut cd ‘Pop harp’ in 2006.

Be the first to review “Beverley CRAVEN: Promise Me 7″. Check video” Cancel reply 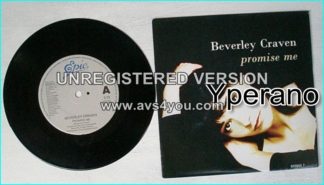